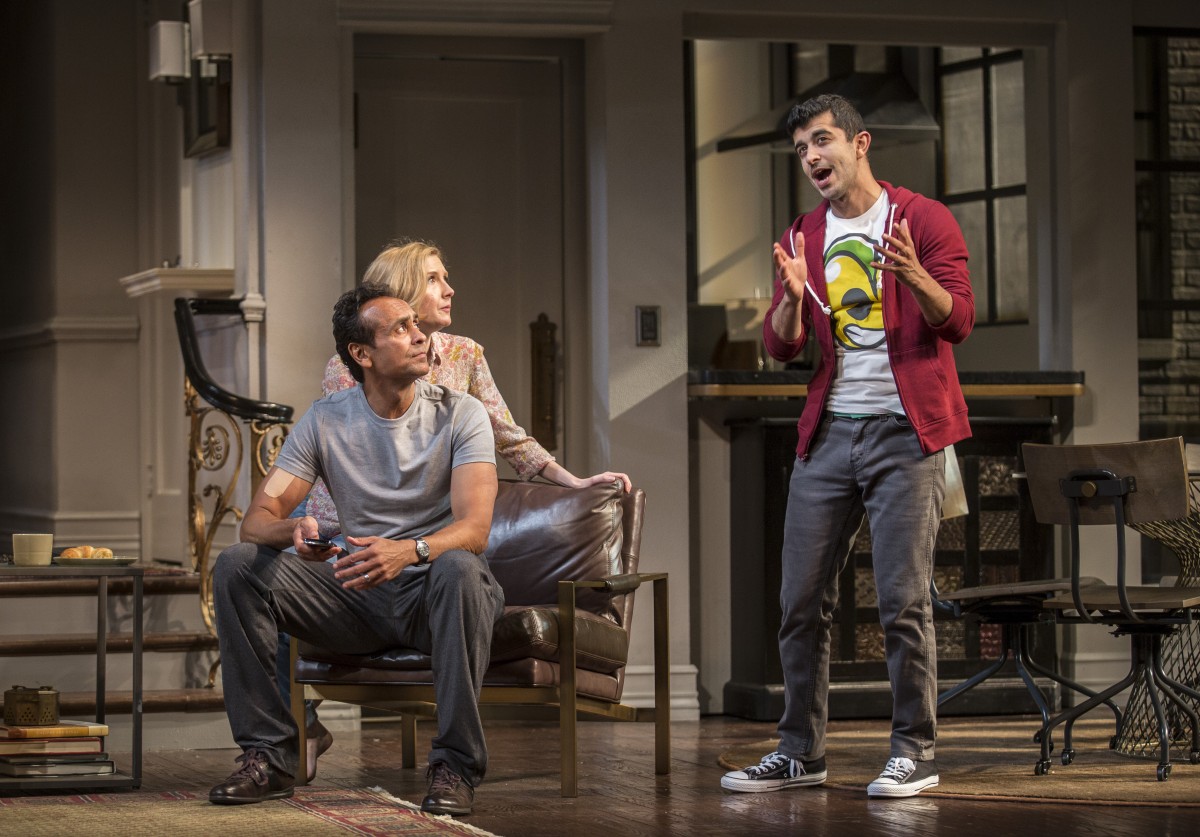 Fear is a powerful tool – especially when that fear is rooted in misconceptions and prejudice. The disagreements over race, religion and class that have erupted in our post 9-11 world are abundant in the brutally honest “Disgraced,” by novelist and screenwriter Ayad Akhtar. Beautifully directed by Kimberly Senior, this one-act play brings to light the circumstances of successful lawyer Amir Kapoor (Bernard White) and his American artist-wife Emily (Nisi Sturgis).

Amir casts his Muslim identity aside to further his career, while Emily decides to focus her art on Islamic traditions in order to understand the faith that her husband so easily discards. In spite of Amir becoming a non-practicing Muslim, Amir’s nephew Abe (Behzad Dabu) along with Emily, encourage Amir to appear in court on behalf of the Imam, in a controversial case of a local Muslim who is faced with the charge of financing terrorism. When it’s revealed in The New York Times that Amir was present at the courthouse, the world at his predominantly Jewish law firm begins to unravel.

That evening, Emily hosts a dinner party for her Jewish art dealer (J. Anthony Crane) and his African- American wife (Zakiya Young). Tensions flare when Islamic and Judaic traditions become the topic of conversation. Common prejudices are hurled at one another in the worst possible way, severing relationships and cementing the idea that deep down we all have a dark side lingering just below the surface.

“Disgraced” shows what happens when the gloves really come off. It forces the audience to take a long, hard look in the mirror and ask what fear and religion has done to us as a society. I highly recommend this show, which has now been extended through October 25th.