Dr. Phillips Center In Orlando Announces Tickets to THE CURIOUS INCIDENT OF THE DOG IN THE NIGHT-TIME On Sale to General Public Tomorrow, August 26 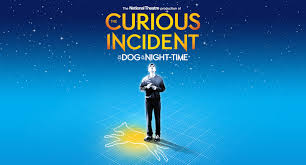 The National Theatre production of THE CURIOUS INCIDENT OF THE DOG IN THE NIGHT-TIME is the Tony Award-winning new play by Simon Stephens, adapted from Mark Haddon’s best-selling novel. Directed by Tony winner Marianne Elliott, the critically acclaimed production will come to Dr. Phillips Center as part of a North American Tour. The Orlando engagement will play the Walt Disney Theater November 1 – 6, 2016. Tickets are on sale to the general public tomorrow, Friday, August 26, 2016. Tickets start at $33.75 and may be purchased online at drphillipscenter.org, by calling 844.513.2014 or by visiting the Dr. Phillips Center Box Office at 445 S. Magnolia Avenue, Orlando, FL 32801 between 10 a.m. and 4 p.m. Monday through Friday, or 12 p.m. and 4 p.m. Saturday. Online and phone ticket purchases are subject to handling fees.

Fifteen-year old Christopher has an extraordinary brain; he is exceptionally intelligent but ill-equipped to interpret everyday life. When he falls under suspicion for killing his neighbor’s dog, he sets out to identify the true culprit, which leads to an earth-shattering discovery and a journey that will change his life forever.

THE CURIOUS INCIDENT OF THE DOG IN THE NIGHT-TIME transferred to London’s West End, following a sold-out run at the National’s Cottesloe Theatre in 2012. The production received seven 2013 Olivier Awards, including Best New Play and continues to play to sold-out houses at the Gielgud Theatre in London.

Mark Haddon’s novel The Curious Incident of the Dog in the Night-Time was published in 2003. It was the winner of more than 17 literary awards, including prizes in the US, Japan, Holland and Italy as well as the Whitbread Book of the Year Award in the UK in 2004, and has been translated into 44 languages.

Follow THE CURIOUS INCIDENT OF THE DOG IN THE NIGHT-TIME:

FAIRWINDS Broadway in Orlando is presented in partnership with Broadway Across America and Florida Theatrical Association. FTA is a non-profit civic organization with a volunteer board of trustees established to ensure the continued presentation of quality touring Broadway productions and the promotion of arts education throughout the state of Florida. For more information, visit FloridaTheatrical.org .

BROADWAY ACROSS AMERICA is part of The John Gore Organization family of companies, which includes Broadway.com and is operated by John Gore (Owner & CEO). BAA is the foremost presenter of first-class touring productions in North America, operating in 38 markets. Current and past productions include Beautiful, Chicago, Fiddler on the Roof, Finding Neverland, Million Dollar Quartet, Hairspray, On Your Feet!, The Producers, and Shuffle Along. Broadway.com is the premier theater website for news, exclusive content and ticket sales. For more information please visit BroadwayAcrossAmerica.com and Broadway.com.