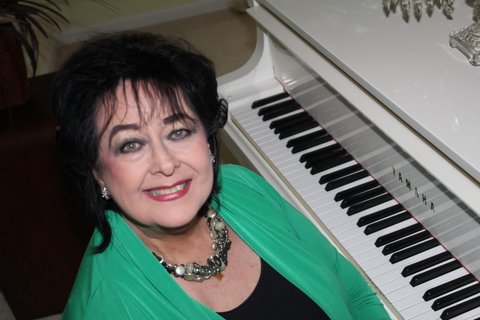 “I Love Men” is an evening of songs celebrating the men in our lives; from sassy to comedic to dramatic; from well known to obscure.

Arnstein, a South Bend native, moved  to New York City where she began (among other things) singing in supper clubs and restaurants. After her life took a different turn, Diane put her passion for music on hold.

After meeting her producer, Ralph Lampkin, Jr, during a summer visit to South Bend, she decided it was a good time to return to that passion.  The material Diane has chosen, is a mixture of new songs mixed with classic standards Diane has loved for years. Songs include: “Can’t Help Lovin that Man”, “I Loved”, the title song written by Amanda McBroom “I Love Men” and the classic comedic take on the opposite sex, “The Gentleman is a Dope!”.

“When I decided I wanted to return to South Bend  last spring (after 30 years) to do a cabaret performance in my home town,” says Arnstein, “it seemed only natural to work with Ralph” on the show.   The result is “I Love Men,” a title and performance that reflects Arnstein’s thoughts on the many men who have influenced her choices in life.

Joining Diane as Musical Director, is Mac winner and all around talent, Michael McAssey. Michael has worked in every facet of the business of show. Actor (at show time he would have ended a month run as the lead in The Producers in Arizona), pianist, recording artist, arranger and singer extraordinaire.

PLEASE COME AND SPEND AN EVENING WITH A MATURE WOMAN’S VIEW’S ON THE MEN IN OUR LIVES!

LAMPKIN MAGIC PRODUCTIONS PRESENTS DIANE ARNSTEIN IN “I LOVE MEN”
ONE SHOW ONLY!