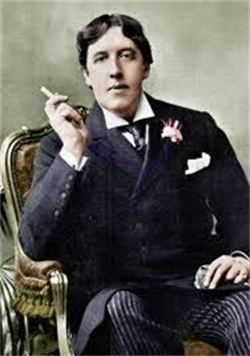 Dead Writers Theatre Collective announces their 2015 season “A Wilde Affair,” focusing on the theme of forbidden love with works by Oscar Wilde and Moliere. All works take place at Stage 773, located at 1225 W. Belmont Ave. This season marks the company’s 5th anniversary and the first time the company is offering their plays for purchase by subscription. For more information visit deadwriters.net.“Since our inaugural production of Noel Coward’s The Vortex, fans have been asking for subscription packages and so we’re pleased mark our 4th anniversary with our first three-play subscription series,” says Artistic Director Jim Schneider.

Dead Writers Theatre Collective opens their season with Oscar Wilde’s four-act comedy of morals “Lady Windermere’s Fan,” directed by Dead Writers Artistic Director Jim Schneider April 17-June 7 at Stage 773. On her 21st birthday, Lady Windermere learns from a friend that her husband has been seen visiting Mrs. Erlynne’s home and spending large sums of money on her. When Lady Windermere confronts her husband, he curiously invites Mrs. Erlynne to his wife’s birthday ball. This sets into motion a series of events and misunderstandings that intertwine Windermere with a mysterious woman and her past.

Schneider next directs a chamber production of David Hare’s “The Judas Kiss” at Stage 773’s Cabaret Theater Aug. 6-9. Liam Neeson starred on Broadway in this compelling depiction of Oscar Wilde just before and after his imprisonment.  Act one captures Wilde in 1895 on the eve of his arrest.  He still has the chance to flee to the continent but chooses to let the train leave without him.  In the second act, Wilde is in Naples more than two years later, after his release from the infamous Reading Gaol, a prison located in Reading, Berkshire, England.  In exile, he is drawn to a reunion with his unworthy lover and the man who brings him down, Lord Alfred Douglas and a final betrayal with “the Judas Kiss.” The New York Post says,” What Hare has achieved masterfully are two companion vignettes pinpointing and highlighting the fall of Wilde…a mood portrait of a fall from grace.”

Michael D. Graham’s staging of David Grimm’s romantic comedy “The Learned Ladies of Park Avenue”translated and freely adapted from Moliere’s “Les Femmes Savantes” completes the season at Stage 773’s Cabaret Theater Oct. 8-10. Betty wants to marry Dicky.  Her mother, Phylis, a self-proclaimed intellectual and political activist, has another man in mind – namely the hack poet and scheming opportunist Upton Gabbitt.  Set in 1936 Manhattan against the backdrop of the Great Depression and impending war, this romantic comedy skewers those who wear their social conscience on their sleeve and affirms that love will conquer all.

Single tickets for Dead Writer’s 2015 Season go on sale at a later date, however a three-show subscriptions are available now for $90. For tickets visit deadwriters.net.

Dead Writers Theatre Collective seeks to transport audiences into the original world of the play through extensively studied period appropriate settings, props and costumes.  This strict attention to detail and high level of aesthetics is a hallmark of the Collective.

The Collective, under the leadership of Artistic Director Jim Schneider and Managing Director Bob Douglas, is a Chicago-based 501 (c ) 3 non-profit arts collective comprised of directors, designers, actors and playwrights and educators with a mission is to produce works either by or about dead writers. Past productions have included Jane Austen’s “Emma,” Noel Coward’s “The Vortex,” Brenda Kilianski’s “Loos Ends: A Hollywood Memoir,” Adam Pasen “Tea with Eddie and Fitz,” (winner of the Broadway World Award for Best New Play of 2013) and Chamber productions of Oscar Wilde’s “Lady Windermere’s Fan” and Pierre de  Marivaux’s “The Game of Love and Chance.”

Dead Writers Theatre Collective productions are supported in part by The Pauls Foundation, The Barre Seid and Barbara Landis Foundation, The Service Club of Chicago  and the John R. Halligan Charitable Fund.