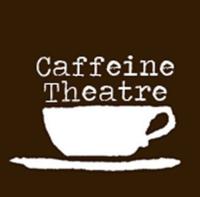 Caffeine Theatre began in 2002 at the Abbie Hoffman Festival with MAP, an ensemble-created adaptation of poems by Joy Harjo, and then produced its first season in 2004-2005. That season began with the Chicago premiere of SAILING TO BYZANTIUM by Sandra Deer, which the Chicago Sun-Times called a “stimulating debut.”

Caffeine quickly made its mark on the Chicago storefront scene by exploring language-intense, idea-driven pieces that explored social questions by mining the poetic tradition and creating conversation around the role of the artist in society. Theatre in Chicago celebrated this mission in an article entitled “Caffeine Theatre Thinks You’re Smart” in which it said of Caffeine’s “ Art Theatre for smart people” that “[Caffeine] can be confident that it is doing something right.” In its review of the 2007 production of poet H.D’s adaptation of ION by Euripides, the Chicago Tribune proclaimed that Caffeine had “become one of the most reliable sources for staging oddball gems.”

In recent years Caffeine mounted several more critically acclaimed productions including UNDER MILK WOOD byDylan Thomasand the musical BOOJUM! TRUTH, NONSENSE, ANDLewis Carroll! (both in collaboration with Chicago’s Department of Cultural Affairs), WILD NIGHTS WITH EMILY by Madeleine Olnek, OR, byLiz Duffy Adams, and THE OXFORD ROOF CLIMBER’S REBELLION by Stephen Massicotte. All but UNDER MILK WOOD were Chicago premieres. OR, was remounted as part of Theater on the Lake’s season this summer.

Caffeine had also become well known for its series of Coffeehouse Cabarets which brought together hundreds of poets and artists from across several disciplines and partners such as The Newberry Library, the Department of Cultural Affairs, the Chicago Celtic Festival, the Istituto Italiano di Cultura di Chicago, Literary Managers and Dramaturgs of the Americas, Chicago Opera Vanguard, and many theatre collaborators to celebrate art as idea-making.

Says Shook, “When Caffeine began we had no idea where it would go or how long it would last. Caffeine’s journey and successes and years of operation are due in large part to the tremendous artists who’ve collaborated with us, specifically our staff and Artistic Associates.”

“Our decision to close now is primarily due to human capital,” said Beck, “our personnel is collectively experiencing a massive amount of life change which for some includes leaving Chicago. We felt it was the right time to end on our own terms and with our heads held high.” Following Shook out of town are Smith, who has taken a faculty position at Michigan State University, and Idaszak who is entering the MFA playwriting program at the University of California, San Diego.

Caffeine Theatre’s complete production history is MAP, SAILING TO BYZANTIUM, SILVA: A POETRY COLLAGE, DONA ROSITA, OR THE LANGUAGE OF FLOWERS, THE COCKTAIL PARTY, THE CURE AT TROY, ION, TRANSLATIONS, LIKE THE MOON BEHIND THE CLOUDS, MANY LOVES, THE CHANGELING, TALLGRASS GOTHIC, UNDER MILK WOOD, WILD NIGHTS WITH EMILY, BOOJUM! TRUTH, NONSENSE, AND Lewis Carroll!, BRUTAL IMAGINATION, WRECKAGE, OR, and THE OXFORD ROOF CLIMBER’S REBELLION.