Broadway In Chicago Announces “Men Are From Mars – Women Are From Venus LIVE!” at Broadway Playhouse Oct: 14 – 19 Tickets Now On Sale 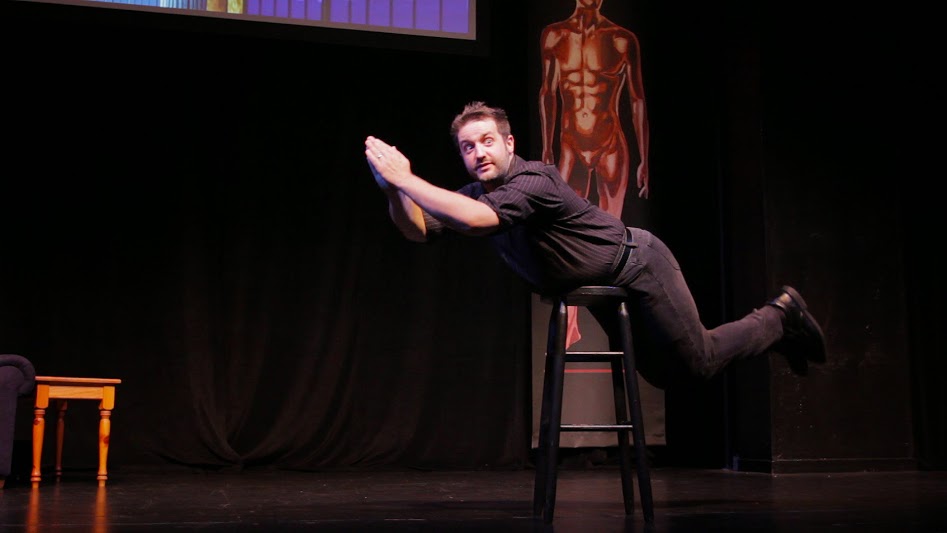 Broadway In Chicago is pleased to announce that Men Are From Mars – Women Are From Venus LIVE!, the one-man fusion of theatre and stand-up starring Peter Story, a light-hearted theatrical comedy based on the New York Times #1 best-selling book of the last decade by John Gray, will play the Broadway Playhouse at Water Tower Place (175 E Chestnut) October 14 –19, 2014.  Moving swiftly through a series of vignettes, the show covers everything from dating and marriage to the bedroom.Men Are From Mars – Women Are From Venus LIVE! is more than just the book.

After beginning in Paris in 2007, Men are From Mars–Women are From Venus LIVE! has been seen by more than one million people around Europe.  It debuted in the United States in February 2013 in Raleigh, North Carolina and will be playing to audiences around the United States and Canada throughout the year.

This hysterical show will have couples elbowing each other all evening as they see themselves on stage.  Sexy and fast paced, this show is definitely for adults, but will leave audiences laughing and giggling like little kids!

Starring in this theatrical comedy is PETER STORY.  Peter has appeared in primetime shows on all three major networks–some of his favorite credits include CSI (directed by Quentin Tarantino), Without a Trace, Ugly Betty and recurring roles on Jay Leno’sThe Tonight Show and Rob Lowe’s The Lyon’s Den.  He stars opposite Steve Guttenberg in the cheesy horror film, Cornered, and can be seen opposite Weed’s Elizabeth Perkins in the hilarious short, Le Chat Est Mort.  He is a proud alum of theNew Harmony Project and an avid storyteller with The Moth.

Peter’s story of how he and his wife won a dream wedding competition was just featured nationally on NPR’s The Moth Radio Hour, a show featuring the country’s best storytellers.

Commenting on the show, Peter said, “It’s a great recipe for a night out: a little storytelling blended with some comedy and a dash of sage wisdom from the book. A delicious evening of entertainment.”

When Mars and Venus collide, the adventures are earth-shatteringly hysterical.

Since being published in 1992, John Gray’s “Men Are From Mars, Women Are From Venus,” exploring the differences between the sexes, has sold in excess of 50 million copies, been translated into 40 different languages and is one of the most recognizable titles in the world. Gray has written 17 books and become one of the most trusted relationship authors today, appearing on the national lecture circuit and on such TV shows as “Good Morning America,” “Oprah” and “Larry King Live.”

The talented team assembled for this production continues with the award winning playwright Eric Coble, direction by Broadway veteran Mindy Cooper, and animation & video production by the talented animators at Bazillion Productions.

About Starvox Entertainment
Founded in 2005 by Corey Ross, Starvox Entertainment is ranked number 17 on Profit Magazine’s list of Toronto’s top 50 growth companies in 2013. Starvox produces, manages, represents and promotes cross-over performing arts shows that tour across Canada and the United States, as well as México, China, the Middle East and Europe.  In 2013, Mr. Ross was a producer on the Canadian production of Andrew Lloyd Webber’s CATS and remounted Evil Dead-The Musical to record-breaking sales in Toronto and Philadelphia. Starvox is also the producer of HAIR – which toured throughout the United States. Starvox is the producer of the successful Harry Potter themed off-Broadway sensation Potted Potter: The Unauthorized Harry Experiencewhich continues to tour and experience sold-out engagements across the United States during its’ 2013-2014 tour. Potted Potter launched its first tour in México in February 2014 with a second Canadian tour planned for the winter of 2014. Starvox has presented three productions written and directed by Woody Harrelson, John Malkovich in Giacomo Variations, and nationally broadcast concerts for the Stephen Lewis Foundation featuring Alicia Keys and Annie Lennox.  Starvox is currently working with Beyonce’s creative team, to produce the multi-million dollar reboot of the classic Las Vegas revue show Jubilee for Caesars Entertainment.