Broadway In Chicago Announces Individual Tickets For BUDDY: THE BUDDY HOLLY STORY Go On Sale Friday, April 26, 2013 at 10am. 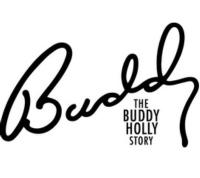 Broadway In Chicago has announced that individual tickets for the musical BUDDY – THE Buddy Holly STORY go on-sale to the public Friday, April 26, 2013 at 10 a.m. Based on the life of rock legend Buddy Holly, BUDDY will play Chicago at the Cadillac Palace Theatre (151 West Randolph) for a limited engagement June 18 – 30, 2013.

In just three short years, Buddy Holly set the music world on fire and forever changed the face and sound of rock and roll. Buddy – The Buddy Holly Story charts his meteoric climb, legendary adventures and tragic fall on the fateful day the music died. Armed with a Fender Stratocaster guitar, his signature specs and a charismatic blend of rockabilly swagger, Buddy explodes onto the stage in this jukebox musical fully loaded with classics “Peggy Sue,” “Oh Boy,” “That’ll Be the Day,” “Well All Right,” “Not Fade Away” and many more with an encore that will have you on your feet and dancing in the aisles.

BUDDY will be directed and choreographed by Norb Joerder with music direction by John “Jockey” Banister and creative consultation by Matt Salisbury. Casting will be announced at a later date.

About Buddy – The Buddy Holly Story
One of the first jukebox musicals, Buddy – The Buddy Holly Story has been seen by millions of fans in fifteen countries around the world, including the United States. The musical premiered in London’s West End in October, 1989, where it ran for twelve years and over 5,000 performances, A Broadway production followed in 1990. The score includes over twenty of rock and roll’s greatest hits by Buddy Holly, Ritchie Valens, The Big Bopper and more.

Read more about BUDDY Tickets Go On Sale 4/26 in Chicago by chicago.broadwayworld.com