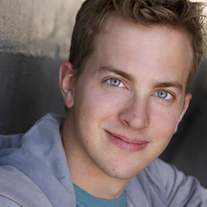 Select members of the Chicago cast of “Book of Mormon” will perform in a one-night-only cabaret fundraiser, Monday, April 29 at 7:30pm, at The Laugh Factory, 3175 North Broadway.

VIP meet and greet tickets are sold out, with a limited number of general admission tickets still available for $40. All tickets include two complimentary beverages.

Jake Emmerling: National Tour Debut. BFA Music Theater Shenandoah Conservatory. Regional: Cable (South Pacific), Snowboy (West Side Story), Claudio (Much Ado About Nothing), and performing with the Washington Chorus in the U.S. premiere of LOTR: Fellowship of the Ring at Wolf Trap. He wouldn’t be here without the love and support of his amazing friends & family. Thanks to BOM creative team & Carrie Gardner.

Jake grew up in the outskirts of Derry, PA alongside Chestnut Ridge with his Mother Ann, Father Ernie, and Brother Sam. His family is very close to one another and very influential to his love with the arts and theater – especially his Grandparents. Jake participated in DAHS theater activities and eventually studied at the Pittsburgh Civic Light Opera School for Music Theatre. From there, he attended Shenandoah Conservatory and graduated Magna Cum Laude with a BFA in Music Theatre and a minor in Dance. Currently, Jake presides in Chicago and is based out of Chicago and Pittsburgh. Visit www.JakeEmmerling.com to find out more about this amazing actor and humanitarian. 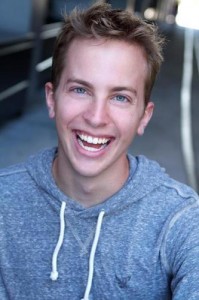 MJR: (Michael J. Roberts) First of all congratulations on all the success of Book of Mormon and thank you so much for participating in the benefit.  Since you have been on Broadway and now touring the country, how have you seen BC/EFA impact the acting community as a whole?

J.E. (Jake Emmerling) Thank you very much! I’m beyond thrilled to be helping out such a great organization. Within the arts, it’s great how responsive our community is in helping fight this disease and help those in need. The fact that companies on Broadway and Touring come together to help raise over 4.2 Million dollars this spring for Broadway Cares/Equity Fights Aids is truly amazing. It’s a cause that really rallies us and touches all of us either personally or through people we know.

MJR: HIV/AIDS has had such a devastating impact on the theatre community; how have you all been changed since being affiliated with such an incredible organization.

J.E.: The first night our company started the fundraiser, I was so excited and you could feel it in the cast as well. What we read about in the news about HIV/AIDS and how far we’ve come in the past 25 years with the fight is inspiring to us and really shows that our efforts to raise money in the theater community has such a large impact. It is hard for our generation to connect with other actors affected by the disease, but I don’t think that stops us from knowing what it is and how we can help. The fact that organizations, like Chicago House, have really raised awareness about protecting yourself, getting tested, and staying safe really helps our generation and generations to come with what this disease is and how we can help.

MJR:      HIV/AIDS is such a big part of the underlying story of struggle the tribe of Uganda in Book of Mormon has lived with all their lives.  Will all the humor of the piece aside, do you view the struggle more universally now since being a part of the musical?

J.E.:        I think it’s interesting how some people I talk to only connect with HIV/AIDS to the gay community in America. Yes, the bigger numbers of those infected with it are in the gay community but it’s a world issue that some people don’t know about and/or choose to ignore. While we were in rehearsal, they stressed to us the importance of how REAL these characters are. With that, a subtle message is conveyed to the audience of what life is actually like in Africa. I think this show, and other outlets of expression, really raise awareness to how much this disease really does attack the rest of the world.

MJR:       The Broadway and touring communities have always had a large outreach to HIV/AIDS organizations.  How has your experience been working in Chicago and learning about Chicago House.  Do you have any personal stories to share about your experience?

J.E.:          When I was in college, I was a part of a Society called Alpha Psi Omega. Our primary fundraiser was for BC/EFA and we were very active in raising money through cabarets, concerts, and other outlets using our talents. It was wonderful how much we could help get the word out about HIV/AIDS and how we could help.

With Chicago House, I’m so glad that I get to help spearhead this event, Love Heals, that does the same thing: showcase our talents to raise money and awareness to the Chicago community. Everyone I’ve worked with thus far at Chicago House is so caring, passionate, and dedicated to help their organization succeed in the community and it’s infectious! It really puts a face to where all of our fundraising efforts go and I’m overjoyed that we get to help them.

MJR: As actors, what does being part of Actor’s Equity mean to you and what kind of pride does it give you all being part of the union?

J.E.:  It’s a wonderful organization that really helps protect actors and support them in what they love to do: perform. I’m so happy to be in a union that makes sure we, as actors, are represented well and ensures a level of talent to the community.

MJR:  What are some of the things you would like the public to know about BC/EFA as well as Chicago House that may not be aware of?

J.E.:  The services! It’s actually amazing how much Chicago House does for residents in the Chicago area. From helping transgendered, gay, bisexual, and lesbians find work through their iFour program to giving housing to those in need, its an organization that other cities should model after. I think it’s hard for people with HIV/AIDS to know where to go or what to do with their life but Chicago House picks those people up and supports them until they’re back on their feet and running. I don’t know of many organizations in any field of work that go this far and beyond what is expected of them but every person there does.

MJR:  What does giving back mean to both of you and how has being part of Book of Mormon changed your lives?

J.E.:   Giving back means going out and helping those in need in whatever way you can. You use what you know how to do to get the word out, raise funds, help an individual, and/or support others doing the same thing. For me, this show has given me my Equity Card and an unforgettable experience with the production. I know I’ve made many lasting relationships through it and look forward to an incredible run with it.

MJR:    Since this is a cabaret show and we get to see you outside of your pressed white shirt and tie, what are some of your favorite songs of all time outside of Broadway showtunes and why?

J.E.:     Favorite songs? I have too many! I would definitely say I love anything from Ingrid Michaelson, Sara Bareilles, Jason Mraz, and Florence+the Machine but there are so many other artists I love as well. I think I’d ramble on too much. Favorite song from last year, though, would probably be Some Nights by Fun.

MJR:   What was the first Broadway show you ever saw and how did that affect you?

J.E.:      It’s actually funny cause my first actual Broadway show was when I was 16 and that was Beauty and the Beast. Before that, I had seen SO MANY touring productions and regional productions in Pittsburgh. The show that subconsciously affected me the most was the Lion King. After seeing it in Pittsburgh, I couldn’t stop talking about it or listening to the soundtrack. Looking back on it, I probably made my friends go crazy! It was one of those things in life that amazed me how performers could really connect with their characters and the audience all while having fun. The next year I did West Side Story in high school and I was hooked.

MJR:     If you could wave your magic Mormon wand, what gift would you give to your fellow actors?

J.E.:      Warmer weather. Haha, they are so upset with Chicago and I’ve been trying to tell them that the city is so much better when it’s warmer but it’s still kinda cold outside. Thankfully, we are almost in May which means it is getting warmer!

MJR:     Since nobody gets where they are without mentors in their lives, who are two of the people (outside of your parents) who have taught and mentored you and whose lessons you take with you everyday?

J.E.:   I’d definitely say all of my educators from high school, PCLO School for Music Theater, and Shenandoah Conservatory. Each and everyone of them has taught me something about acting, singing, dancing, and/or, more importantly, life. Love those that come into your life and take anything as a lesson to learn from.

FOR MORE INFORMATION ON BOOK OF MORMON VISIT WWW.BROADWAYINCHICAGO.COM