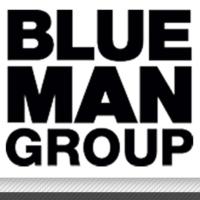 The critically-acclaimed Blue Man Group is partnering with Telemundo Chicago to offer discounted tickets to performances at Chicago’s Briar Street Theatre, 3133 N. Halsted. The discounted tickets are $44 each and will be available throughout Hispanic Heritage Month, September 15 – October 15, 2012. Restaurant El Nuevo Mexicano, located at 2914 N. Clark in Lakeview near the Briar Street Theatre, will offer 20% off of the entire bill to patrons that show a ticket stub and mention “Hispanic Heritage Month”.

Hispanic Heritage Month commemorates the cultures, histories, and contributions of citizens with Spanish, Mexican, Carribbean and Central and South American ancestry. This year’s national Hispanic Heritage Month theme, “Many Backgrounds, Many Stories… One American Spirit,” is one that pairs well with Blue Man Group’s message of experiencing and connecting with other cultures. In the show, Blue Man Group engages the audience in an exciting interactive and multi-sensory experience that blends innovative theatrical spectacle and dynamic original music with hilarious comedy, art, technology and science to create a performance experience unlike any other. The Blue Men overcome any language barriers; and through the universal power of music, they create a show that people of all ages, backgrounds and interests are sure to enjoy.

El Nuevo Mexicano, regarded as a gem in the heart of Lakeview, is an eclectic Mexican Restaurant that provides a welcoming environment and diverse menu for regulars and newcomers alike. Open from 11:30 AM to 10 PM Sunday through Thursday, and 11:30 AM until 11:30 PM on Friday and Saturday, the menu has traditional Mexican, vegan, hormone-free, and seafood options. Just a five minute walk from the Briar Street Theatre, El Nuevo Mexicano makes for a great meal before or after the Blue Man Group show.

Chris Jones from the Chicago Tribune gave the Blue Man Group a Four Star rating and said the material was “brilliantly revamped” and “truly joyous.” After seeing the new material in the Chicago show in 2011, Hedy Weiss for the Chicago Sun-Times wrote, “The show’s creators have cleverly updated the production with new wizardry while retaining its essential mind-set.” Chicago Parent editor Tamara L. O’Shaughnessy said “the coolest blue guys in Chicago just got cooler.”

Many of the signature scenes that have made Blue Man Group one of today’s best-loved theatrical productions have been in the show since its opening, though new material has been integrated. Many new scenes with “GiPads” allow a playful and perceptive look at contemporary communication vehicles; and a pulsating new finale featuring an original Blue Man Group music score.

The company’s music, featuring custom made instruments and signature, percussive sound, can be heard on five albums, including the Grammy-nominated “Audio,” as well as various film and television projects. As the company grows, it remains true to its vision of providing exciting experiences in a variety of media, appealing to a broad range of age groups and cultural backgrounds.

Tickets are available with the promo code “TELEMUNDO” from September 15 through October 15 for $44. Tickets may be purchased at the Briar Street Theatre by calling the box office at(773) 348-4000; by calling Ticketmaster at (800) 982-2787; at all Ticketmaster ticket centers or via the Internet at www.ticketmaster.com/bluemanchicago. For more information, visitwww.blueman.com/chicago.