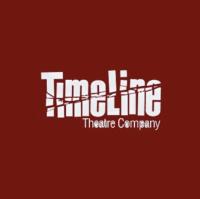 Following extraordinary successes with new works like My Kind of Town, To Master the Art and Hannah and Martin, TimeLine Theatre Company is proud to present its next world premiere, Wasteland by Susan Felder, directed by TimeLine Associate Artist William Brown, October 18 – December 30, 2012 (previews October 12 – 17). Performances will be held at TimeLine Theatre, 615 W. Wellington Ave. Chicago.

To purchase tickets or for more information, call the TimeLine Theatre Box Office at 773.281.8463 x6 or buy online at timelinetheatre.com.

Wasteland boasts the return of William Brown (To Master the Art, Not About Nightingales) as a director at TimeLine. The cast features Nate Burger (TimeLine’s‘Master Harold’ … and the Boys) and Steve Haggard (Writers’ Theatre’s Old Glory). Haggard’s credits include roles at Chicago Shakespeare Theater, Goodman Theatre and Northlight Theatre. Burger has appeared at the Goodman Theatre, Writers’ Theatre, New Leaf Theatre, and most recently American Players Theatre in Spring Green, Wis., as Troilus in Troilus and Cressida.

An American soldier, captured by the enemy in Vietnam and isolated in an underground cell, hears a voice from the other side of the wall. Thrust into each other’s lives, the two men are divided by solid ground, different backgrounds and opposite worldviews. But over time, they are drawn together as they battle dire conditions, loss of faith, and each other. An apt reflection of today’s fractured, politicized climate, Wasteland is an emotionally stirring new play that affirms the power of human connection to unearth hope in even the darkest hours.

“Just six months ago, there was a powerful tension in the room as a reading ofWasteland had everyone on The Edge of their seat. That same night, we found ourselves rethinking TimeLine’s 2012-13 season line-up,” said Artistic Director PJ Powers. “We decided to premiere Wasteland this fall in the midst of a polarized election cycle because the play is about finding a connection in the unlikeliest places, with the unlikeliest people. Two men on opposite sides, literally, recognize that they’re all they’ve got—somehow, some way, they must find common ground.”

SUNDAY SCHOLARS SERIES: A free hour-long post-show panel discussion with experts on the themes and issues of the play on Sunday, November 18.

Tickets are $32 (Wednesday – Friday) or $42 (Saturday & Sunday). Preview tickets are $22. Student discount is $10 off the regular ticket price with valid ID. Group rates for groups of 10 or more are available. Advance purchase is recommended as performances may sell out. To purchase tickets or for more information, call the TimeLine Theatre Box Office at 773.281-8463 x6 or buy online at timelinetheatre.com.