Barrel of Monkeys’ THAT WEIRD, GRANDMA: Winter Wonderland Matinees – Through March 13, 2016 at the Neo-Futurist Theate 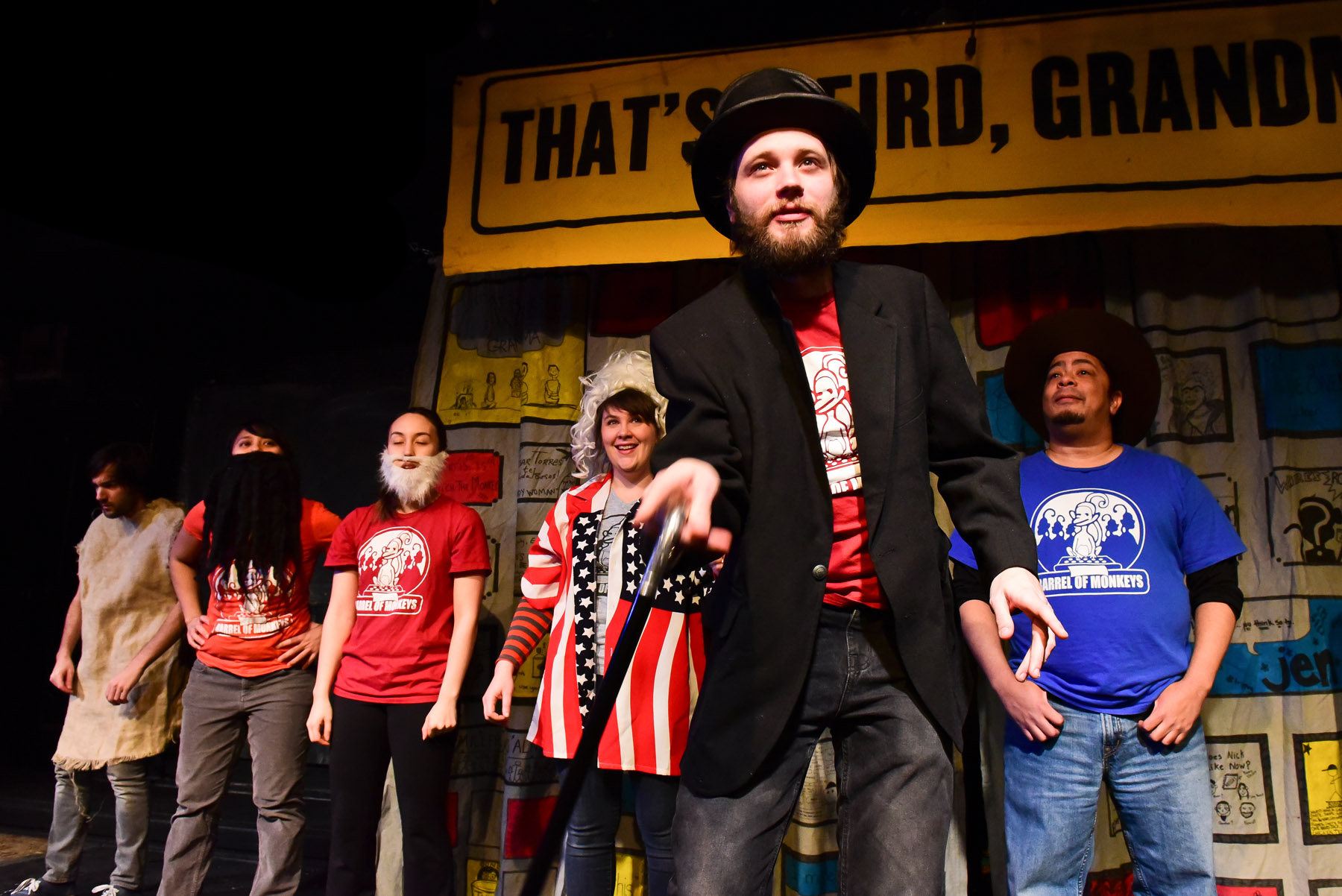 Barrel of Monkeys is pleased to bring back its popular Sunday matinees in THAT’S WEIRD, GRANDMA: Winter Wonderland Matinees, playing Sundays at 2 pm February 14 – March 13, 2016 at the Neo-Futurist Theater, 5153 N. Ashland Ave. in Chicago. Bring the entire family to escape the winter doldrums at this entertaining revue of stories written by Chicago Public School students, adapted for the stage and performed by Barrel of Monkeys Company Members and directed Brandon Cloyd. Tickets are available at www.barrelofmonkeys.org.

Clever and funny – touching and poignant – the collection of short sketches and songs featured in THAT’S WEIRD, GRANDMA: Winter Wonderland Matinees is equally entertaining for adults and children. The line-up changes each week by audience vote, so no two shows are ever the same.

Barrel of Monkeys, a Chicago-based arts education theater ensemble now in its 19th season, conducts creative writing workshops with 3rd through 5th grade students in underserved Chicago Public Schools. The ensemble of actor-educators then turns their stories and words into professionally performed theater, presented both in-school and for the general public through its revues. Barrel of Monkeys annually performs more than 300 student-written stories for the students in their schools and 175 stories on the stage for the general public.

Tickets:  $12 for adults; $6 children 12 and under. Tickets are available at www.barrelofmonkeys.org.

Brandon Cloyd has been a Company Member with Barrel of Monkeys for nearly a decade. He works with the Monkeys in many capacities including acting, teaching and directing, as well as coordinating the after school program. Brandon has also worked with InGen Productions, Filament Theatre and the Purple Crayon Players. He is a graduate of Northwestern University.