Asolo Repertory Theatre Presents Inside Asolo Rep: Both Your Houses and Our Betters on Wednesday, February 25, 2015 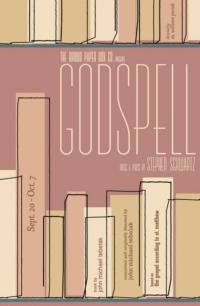 WHAT:
Michael Donald Edwards, Asolo Rep’s producing artistic director and director of Our Betters, and Frank Galati, the Tony Award®-winning director of Both Your Houses, will shed light on their creative processes in this dynamic behind-the-scenes discussion. Led by Asolo Rep’s dramaturg/literary manager Lauryn Sasso, the panel will also feature actress Katie Cunningham, who plays Marjorie Gray in Both Your Houses and Lady Pearl Grayston in Our Betters.WHEN:
Wednesday, February 25, 2015 at 11am

HOW:
Tickets for Inside Asolo Rep are $5 for the general public and free for donors and Asolo Rep Guild members.

WHO:
KATIE CUNNINGHAM* GUEST ARTIST, SECOND SEASON (Marjorie Gray, Both Your Houses; Pearl, Our Betters) Asolo Rep appearances include Annette in God of Carnage; Hamlet, Prince of Cuba; Once in a Lifetime; and Hamlet in Hamlet Redux.Recently, Katie played Brooke in Noises Off (BroadwayWorld Nomination, Best Actress); Lady of the Lake in Spamalot; and Betsy/Lindsey in Clybourne Park. Her Off-Broadway credits include the American Place Theatre and NY Fringe in addition to numerous regional theaters. Katie is a teaching artist at McCarter Theatre Center, a proud Equity member, and alumna of UNC Chapel Hill and FSU/Asolo Conservatory for Actor Training (MFA). www.katiecunningham.com

FRANK GALATI FIFTH SEASON (Director, Both Your Houses) is a member of the Steppenwolf Theatre Company in Chicago. Over the years, he has received nine Joseph Jefferson Awards for his work in Chicago theatre. Here at Asolo Rep he has directed Philadelphia, Here I Come!; 1776; My Fair Lady; and the award-winningTwelve Angry Men. He has directed at the Oregon Shakespeare Festival, Berkley Rep, Mark Taper Forum, Long Wharf Theatre, Chicago Opera Theatre, San Francisco Opera, Dallas Opera, Chicago Lyric Opera, The Metropolitan Opera, The Stratford Festival in Canada, and the Roundabout Theatre in New York. For twenty years he was an Associate Director at the Goodman Theatre in Chicago. He won two Tony Awards in 1990 for his adaptation and direction of the Steppenwolf production of The Grapes of Wrath on Broadway and was nominated again in 1998 for directing the musical Ragtime on Broadway. In 1989, Mr. Galati was nominated for an Academy Award for his screenplay (with Lawrence Kasdan) of The Accidental Tourist. In 2000 he was inducted into The American Academy of Arts & Sciences. Mr. Galati is a Professor Emeritus in the Department of Performance Studies at Northwestern University. He lives in Sarasota.