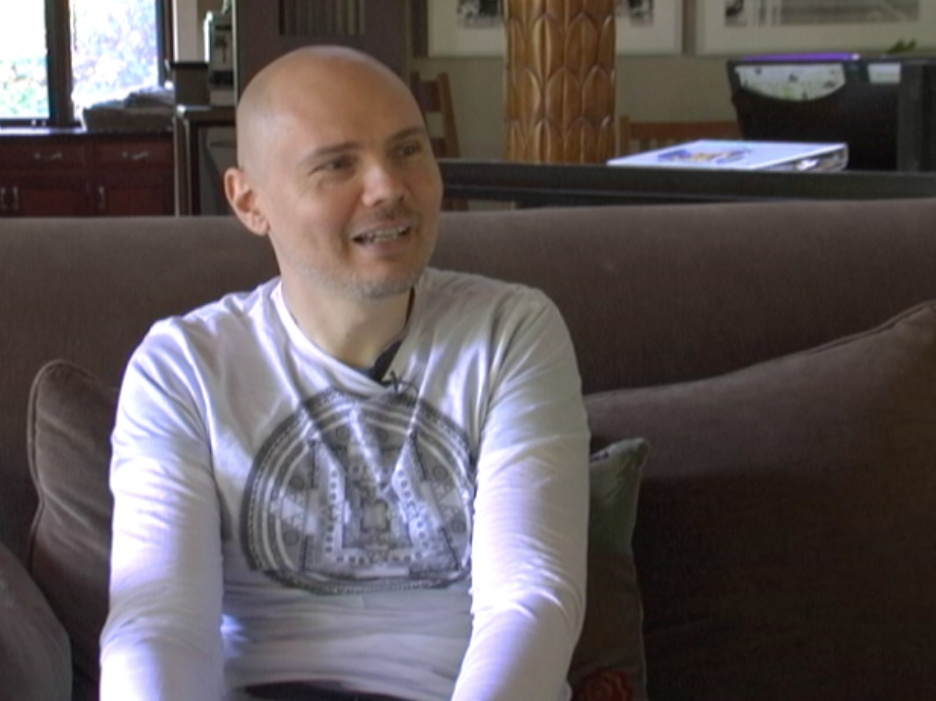 The eighth annual Chicago International Movies & Music Festival (CIMMfest), a five-day showcase that celebrates the inseparable connection between music and movies, will take place April 13-17, 2016.  While the multi-venue festival continues to be centered along the 1.5-mile stretch of Milwaukee Avenue from Wicker Park Bucktown to Logan Square, this year the CIMMfest footprint expands throughout Chicago’s most arts-friendly neighborhoods, from Hyde Park to Lincoln Square. Also expanded this year, CIMMfest has added two film categories in competition, including Best Soundtrack and Best Original Score, further showcasing the connection of music in film. Festival passes (starting at $79) are available now at cimmfest.org.

In addition to 100+ films, live bands and DJs, CIMMfest presents a series of panels and workshops as part of its fourth annual CIMMcon, a dynamic professional and entrepreneurial industry conference. This year’s conference will be presented in conjunction with music industry incubator 2112, Chicago’s film incubator Stage 18 and hosted by punk rock legend and media entrepreneur Martin Atkins, currently chair of the Music Business Program of SAE and author of Tour:Smart.

It has also been announced that the recipient of CIMMfest’s fourth annual BAADASSSSS Award—honoring distinguished careers and lifetime achievement in movies and music—is Gordon Quinn, artistic director and founding member of Kartemquin Films, which is celebrating its 50th anniversary in 2016 (#KTQ50). Previous BAADASSSSS Award winners are SXSW founder Louis Black, director and music video pioneer Julien Temple and filmmaker and original BAADASSSSS Melvin Van Peebles, for whom the award was named.

A sampling of films and musical acts confirmed to date for CIMMfest No. 8:

The Smart Studios Story, a feature-length docume ntary about Madison, Wisconsin’s legendary recording facility and the Midwest link to American rock ’n’ roll, features some famous faces: Dave Grohl, Billy Corgan, and Butch Vig, the producer and Garbage member who cofounded the studio in the early 1980s, plus Shirley Manson, L7’s Donita Sparks, Death Cab’s Chris Walla, Against Me!’s Laura Jane Grace, as well as members of Killdozer, Die Kreuzen, Bongzilla, Young Fresh Fellows and more. Each share stories about how the studio, located in a remote part of the music world, became the birthplace of such notable albums as Nirvana’s Nevermind, Smashing Pumpkins’ Gish and Fall Out Boy’s Take This to Your Grave. Wednesday, April 13 at Music Box Theatre, 3733 N. Southport Ave.

Blackhearts offers a fresh look at the notorious Norwegian black metal scene from a striking new angle, taking the audience into the minds, hearts, and private lives of three musicians and obsessive fans from extreme religious and political backgrounds. While black metal’s Norwegian pioneers settle into middle age, abandoning corpse paint and embracing family life, Colombian Hector, Greek Kaiadas, and Iranian Sina risk their freedom, their social standing, even their souls to play the music they love and make a pilgrimage to the place where it became synonymous with Satanism, arson, and murder. Far from playing to genre stereotypes, Blackhearts tells a heartfelt and at times comic story of how far people will go for the music they love. Date and location TBD

Taj Mahal is a two-time Grammy Award-winning singer, songwriter, film composer, guitarist and multi-instrumentalist. For over five decades of recording and touring, Mahal has nearly single-handedly reshaped the definition and scope of the blues via the infusion of exotic sounds from the Caribbean, Africa and South Pacific. Thursday, April 14 at Old Town School of Folk Music, 4544 N. Lincoln Avenue

Peter Murphy is best known as the lead singer for Bauhaus, the pioneering post-punk goth rock band of the early ’80s. He later went on to release a number of solo albums, such as Deep and Love Hysteria. Murphy’s solo career over time became more varied than Bauhaus, ranging from pseudo-pop to haunting ballads that showcased his deep and complex vocals. Thursday, April 14 at Thalia Hall, 1807 S. Allport Street

Hypnotic Brass Ensemble are seven brothers from the south side of Chicago who come from an extraordinary musical family. Although the group’s early musical training primarily encompassed elements of instrumental performance, the brothers were simultaneously personally being exposed to the music of their own generation (hip-hop, rock and reggae to name a few) and layered these styles with the cosmic jazz style of their father, Phil Cohran.  They’ve played with everyone from Prince and Mos Def to Mick Jones (The Clash) and Damon Albarn (Blur, Gorillaz). JB’s Revenge opens. Friday, April 15 at Martyrs’, 3855 N. Lincoln Avenue

Afrika Bambaataa is a world-renowned DJ from the South Bronx, who was instrumental in the early development of Hip Hop throughout the 1970s. Bambaataa is one of the three main originators of break-beat deejaying, and is respectfully known as the “Grandfather” of The Electro Funk Sound. On September 27, 2007, he was nominated for induction into the Rock and Roll Hall of Fame. Saturday, April 16 at Promontory, 5311 S. Lake Park Avenue

Gingger Shankar – Nari: Fresh from the Toronto International Film Festival and the Sundance Film Festival, Nari is an arresting, multigenerational, multimedia mashup featuring animation, family archives and a live performance by Gingger Shankar, Dave Liang and Sun Yunfan. CIMMfest and City Winery present singer, virtuoso violinist, composer, model and songwriter Shankar with her multimedia documentary project, the unsung story of Lakshmi Shankar and her daughter, Viji, two extraordinary artists who helped bring Indian music to the West in the 1970s through their close collaboration with Ravi Shankar and George Harrison. An accomplished artist and performer, Shankar is the only female in the world who has mastered the 10-string Double Violin, an instrument that covers the entire range of the orchestra’s double bass, cello, viola and violin, and of which there are currently only two in existence. Coupled with her voice, which covers five octaves, the sound is unparalleled, unbridled and unforgettable. The multitalented powerhouse transitioned from opera to rock and toured with the Smashing Pumpkins as a special guest on their 20th Anniversary tour. Sunday, April 17 at 5pm & 8pm at City Winery Chicago, 1200 W. Randolph Street

CIMMcon, the dynamic professional and entrepreneurial industry conference offers compelling presentations from industry professionals, film icons, artist entrepreneurs and music makers. This unique conference promises unparalleled access to the people – past, present and future – who create and market the business of making music and movies. CIMMcon events offer essential insights into the business, the personalities and the profession of music, film and technology as a global phenomenon at a crossroads. This year’s event is presented in conjunction with music industry incubator 2112, Chicago’s film incubator Stage 18 and hosted by Martin Atkins, veteran of punk and industrial bands Public Image Ltd. and Killing Joke. April 16-17 along Milwaukee Avenue in Logan Square

Ton Koopman and Tini Mathot, the internationally acclaimed harpsichord duo, kick-off the B4B Series co-produced by CIMMfest and the International Beethoven Project (IBP). The renowned duo’s extraordinary chemistry will be on full display in a magnificent solo and two-harpsichord program. In addition to this performance, the pre-concert opening act will feature film and live music produced by the Sound of Silent Film Festival team of Access Contemporary Music (ACM). March 9 at 7:30 p.m. in Studebaker Hall at the Fine Arts Building, 410 S. Michigan Avenue

Taste of Iceland presents a musical showcase of Icelandic and Chicago artists in the famed Icelandic-North American collaborative concert Reykjavik Calling. Throughout the evening, Icelandic artists CeaseTone and Axel Flóvent and local Chicago musicians The Claudettes, Dave Herrero and Jimmy Burns will take the stage in celebration of both Iceland and Chicago’s musical talent. March 18 at 8p.m. at Martyrs’, 3855 N. Lincoln Avenue

Festival passes (starting at $79) are available now at cimmfest.org. For this year’s festival, CIMMfest is proud to partner with Oxfam America for their “Give a Sh*t” festival pass.  With each 5-day pass purchase, fans are encouraged to donate at least $6 to Oxfam; CIMMfest will then match the first $6 donated. The $6+$6 donation purchases organic manure for a farming community that Oxfam supports and also provides farming education to enable communities to be more agriculturally prosperous. Across the world nearly half of the world’s population live off less than $2.50 a day and one out of nine people goes to bed hungry each night. With CIMMfest and Oxfam America’s “Give a Sh*t” program, fans will help communities around the world break free from poverty and tackle global inequality and injustice.

The Chicago International Movies and Music Festival (CIMMfest) is a 501(c)(3) non-profit arts organization dedicated to bringing together filmmakers, musicians, artists, industry and audiences from cultures around the world. In addition to producing year-round film screenings, concerts and professional development programming, the organization produces, one of Chicago’s most highly anticipated and largest cultural events of the year, CIMMfest. The five-day, 200-plus multimedia event features film premieres, live concerts, live scored films and a dynamic professional and entrepreneurial industry conference. CIMMfest serves a growing, diverse community of artists, industry and fans, in order to reveal the transformative power of music to foster creativity and communication, educate, enlighten, and entertain.