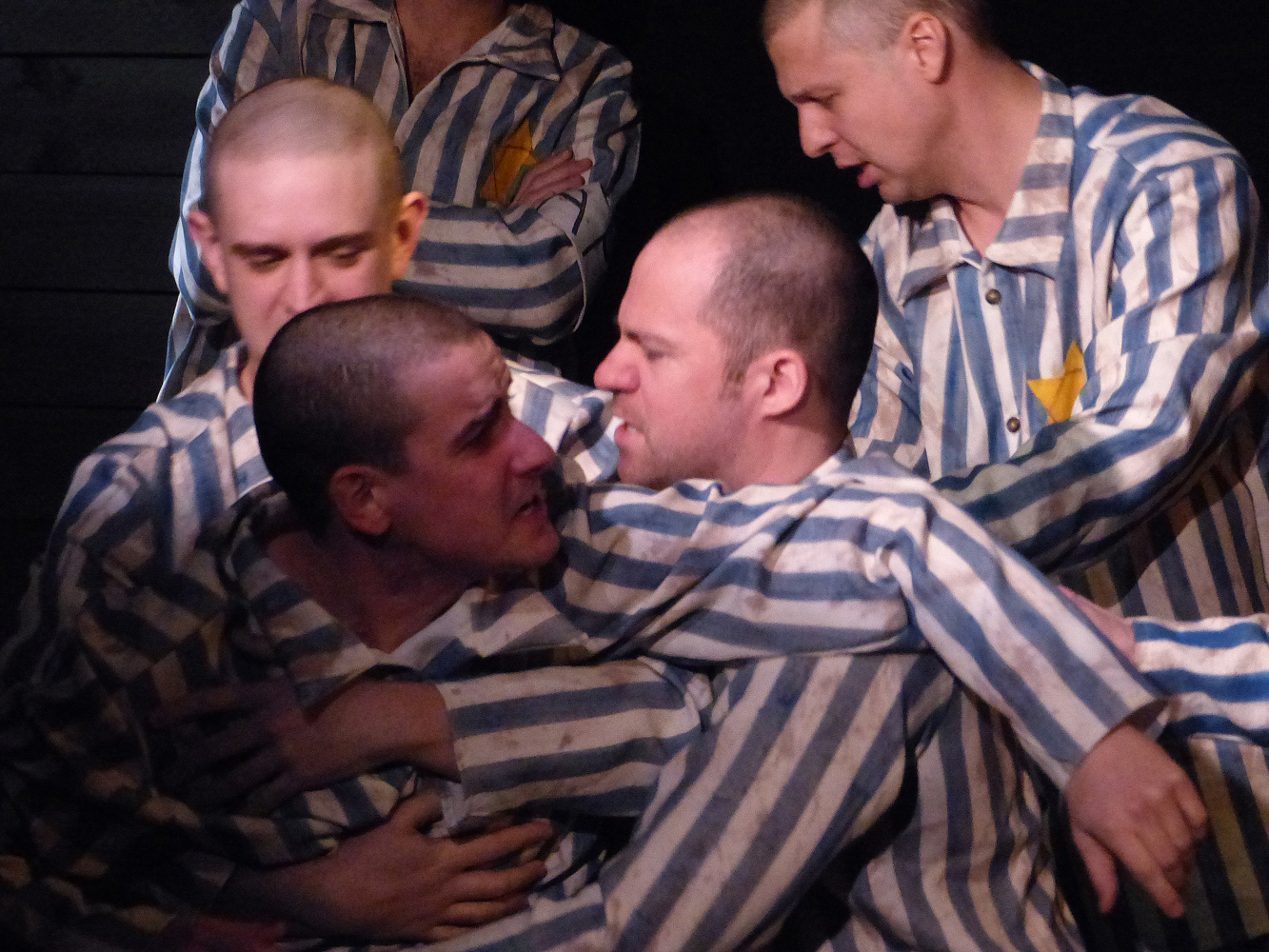 In Auschwitz, 1942, Jewish prisoners took it upon themselves at grave personal risk to perform comedy. This is their story, as one group struggles to perform a farce based on the first great anti-Semitic tragedy of the 20th century: the infamous Dreyfus Affair. As the play goes on, and dark secrets begin to emerge about the reason for its performance, those performing must ask themselves, can comedy truly have meaning in the face of horror? Who really has the last laugh?

Jake Rosenberg is the award winning playwright behind Muse of Fire, Brothers, and The Jews, whose plays have been produced across the world, from the Best of Playgrounds Festival in SF to the Producers Club Short Play contest in NYC to the Belarusian Dream Theater Project. His play No One Gives A Clap, was produced in LA, Chicago, Vancouver and Frankfurt, Germany and was also named a finalist for The 2014 City Theatre National Award for Short Playwriting. He is currently a sophomore majoring in dramatic writing at the Tisch School of the Arts, NYU.”

“My goal with MUSE OF FIRE is to tell a story that has been never been told before. It’s MUSE OF FIRE’s mission to state that Holocaust art should not become documentary for us. “Never Forget” might be a comforting maxim to rely on for the memory of this cataclysmic event, yet that should not be substituted for “Never Change.” We should not waste the powerful process that is creation on what has become, effectively, photo albums. And that’s where MUSE OF FIRE comes in. This Dreyfus play performed by prisoners seems completely incongruous with the stories of the Holocaust we’ve chosen to preserve. And that’s all right.  MUSE OF FIRE is a conscious effort in helping to deepen and enrich our cultural understanding of Holocaust art, and expanding what it means to remember.” – Jake Rosenberg