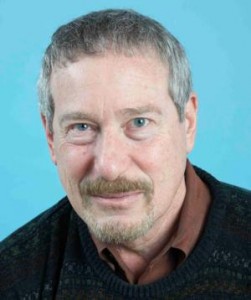 Abarbanel is a multiple award-winning critic and arts reporter who recently concluded 17 years as theater contributor for Chicago Public Radio (WBEZ). He reviews for the weekly Windy City Times newspaper, for the website TheaterMania.com and on his new blog and podcast, The Dueling Critics (www.duelingcritics.net), with long-time WBEZ colleague Kelly Kleiman. He writes an arts news column for each issue of Chicago Footlights, the theater and dance program magazine used by dozens of area companies. He is an Adjunct Instructor in the School of Theatre and Music at the University of Illinois at Chicago.

The American Theatre Critics Association (ATCA) has nearly 250 members nationwide, from Maine to California and Alaska to Florida. It’s the only nation-wide organization for professional theater critics. Among its most high-profile activities are annual cash awards to American playwrights totaling over $50,000 (in association with the Harold and Mimi Steinberg Charitable Trust and the Francesca Primus Foundation) and voting on new inductees to the national Theatre Hall of Fame.

ATCA also represents the United States in the International Association of Theatre Critics (IATC), a UNESCO-designated world cultural NGO. Abarbanel has served as American delegate to IATC world congresses in East Berlin (1987), Lisbon (1990), Sofia (2008) and Warsaw (2012). In addition, he has organized two meetings in Chicago of the IATC Executive Committee and an international Young Critics’ Seminar, the chief IATC educational program.

For the American Theatre Critics Association, Abarbanel first served on the Executive Committee from 1985 to 1991, incorporated the Association’s charitable foundation  in Illinois in 1992 (and served for seven years as Foundation ATCA treasurer) and organized and chaired three annual conferences (in 1991, 2002 and 2012). “At that time I was the youngest member of the board and the very first freelance writer,” he recalls. “The Executive Committee would meet every October in New York at the Algonquin Hotel. Several distinguished critics for major daily papers looked down their noses at me. I was a Young Turk and now I’m an old sachem of ATCA. I hope I don’t look down my nose at anyone.”

Jonathan Abarbanel was born and raised in Chicago and suburbs. He began his Chicago career as an arts journalist writing for alternative papers such as The Seed, The Daily Planet and The Chicago Express. By 1971 he had begun to write feature stories and reviews for the Chicago Daily News and theChicago Sun-Times, mentored by senior editors Richard Christiansen, Herman Kogan and Jean Adelsman. He went on to contribute stories to just about every Chicago-area paper and magazine from the Reader to the Daily Herald, from Avenue M magazine to Ruth Ratny’s Screen for which he was a featured columnist for some years. Abarbanel wrote an award-winning monthly theater column for North Shore Magazine for a decade and was a veteran columnist and reporter for PerformInk, the Chicago theater industry trade paper.

Nationally, he was a featured columnist for 15 years for Back Stage, the important trade weekly, and contributed stories to most professional trade papers and magazines, among them American Theatre, Show Music, Stagebill and Variety. Rare among theater critics, he was a site reporter for 20 years for the National Endowment for the Arts (NEA), evaluating theater companies which applied for NEA grants. He served as an NEA panelist as well, making final decisions on the disbursement of grant monies.

In addition to his work as a theater critic and arts reporter, Abarbanel has worked as a dramaturg and literary manager for the Goodman Theatre, the St. Nicholas Theatre Company, the Milwaukee Repertory Theatre, the Midwest Playwrights Program, the Chicago Theater Project and Prop Thtr Group. He has assisted in the development of more than 200 new American plays and musicals, among them works by Lee Blessing, Nambi E. Kelley, David Mamet, John Olive, Larry Shue and Charles Smith. He is a co-founder of the National New Play Network.

Jonathan Abarbanel is a third-generation Chicagoan, born on the South Side (and a White Sox fan) and raised in the suburbs. He is a Magna Cum Laude graduate of Tufts University with majors in theater and history. Under Tufts auspices, he studied theater for a year in London. Later, he took classes in Chicago in directing (with the late George Keathley) and fencing. He is the recipient of the Peter Lisagor Award for Exemplary Journalism from the Society of Professional Journalists, of the first award for criticism from the Friends of Literature and of the Professional Award from the Illinois Theatre Association. He also has received the Trailblazer Award from Bailiwick Repertory and the Larry Sloan Award from Seaon of Concern, the AIDS-related Chicago theater industry charity. Abarbanel has earned two grants from the Illinois Arts Council for experimental production of radio plays (at WFMT) and two literary grants from the Rosenbaum Foundation.

Abarbanel helped build the tall ship, Windy, birthed at Navy Pier, and crewed on the ship’s maiden voyage from Charleston, SC to Chicago. Early in his career, he spent 10 years as an advertising copywriter, coining the famous ad slogan “America spells cheese K-R-A-F-T.” He says, “Scratch a cynic and you’ll find a failed romantic.”