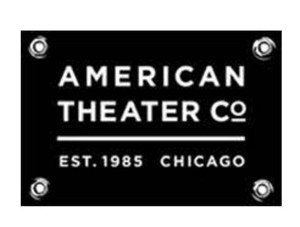 American Theater Company (ATC) has restructured its 2016-17 Season and will present three of four previously announced plays, with an updated production schedule. Additionally, ATC will launch a new Open Residency Program for Chicago performance artists this fall. Led by newly appointed Artistic Director Will Davis, Season 32 includes: the regional premiere of Jaclyn Backhaus’ Men On Boats under Davis’ direction, Jan. 6-Feb. 12, 2017, immediately following its current Off Broadway run at Playwrights Horizons; a reimagined classic, Pulitzer Prize winnerPicnic by William Inge, directed by Davis, March 17-April 23, 2017; and the world premiere of Dan Aibel’s T., an exploration of the competitive ice skating saga between Nancy Kerrigan and Tonya Harding, directed by Margot Bordelon, May 19-June 25, 2017. The world premiere of Basil Kreimendahl’s We’re Gonna Be Okay will be presented as part of ATC’s 2017-18 Season.

“ATC remains fully committed to the projects and artists we’ve invited to work with us, and we will produce all four of those works on a restructured timeline between this season and next,” says Artistic Director Will Davis. “As the incoming artistic director, it is my job and privilege to shepherd ATC into its next chapter, which must be defined not just by virtuosic artistry but also by fiscal responsibility. It is imperative that I consider this moment of transition carefully to ensure that the work being made in our small but mighty warehouse continues to grow over my tenure, and this season that means we will reimagine our producing footprint. I intend for ATC to be a thriving non-profit and a home base for powerful new works for the American Theater.”

This fall, ATC will host a new residency program for the Chicago performance community, the Open Residency Program. The Residency is interdisciplinary and open to project proposals in all stages of development. Accepted artists will be awarded rehearsal hours and a presentation slot at ATC at the end of their residency. More details and a call for proposals for ATC’s Open Residency Program will be released next month.

“I see my role as Artistic Director to act as the host to as many artists as possible and to share our space with the community,” Davis continues. “I took this job because I am interested throwing open the doors at ATC and inviting theater makers into an artistic dialogue about how we are making new work for the American theater.”

Season subscriptions are on sale now and range from $40-$112.50, with special pricing available for members under the age of 35 and advance purchases before August 31, 2016. To purchase a subscription or for more information, visit www.atcweb.org or call the ATC Box Office at 773-409-4125. Current subscribers will be contacted directly by ATC with ticket exchange options, and will receive complimentary priority seating to an Open Residency performance.

ATC remains committed to its season-long partnership with Chicago Inclusion Project, whose work creates inclusive theater experiences that bring together Chicago artists and audiences normally separated by physical ability, gender identity and/or ethnic background. The two companies will partner on casting, giving diverse theater artists access to roles they might traditionally have been excluded from. Together with the Chicago Inclusion Project, ATC will continue its commitment to presenting works that boldly reflect the diversity of stories and experiences in America today.

Directed by Will Davis

Ten explorers set out on four boats to map the raging rapids of the Green and Colorado Rivers on the government’s first sanctioned expedition in the American West. Playwright Jaclyn Backhaus and director Will Davis team up again on this play, originally produced by Clubbed Thumb and returning to Playwrights Horizons in New York this summer, in Davis’ first production as ATC’s artistic director. Performed by a genderfluid cast of women and folks otherwise defined, Men On Boats takes back 1869.

Directed by Will Davis

Closeted and dogged by an acute sense of failure for most of his life until he ended it, William Inge wrote some of the great lyrical plays of the American mid-century, and Picnic was his masterpiece, his playground and, quite possibly, his fantasy. In this loving reimagining, ATC Artistic Director Will Davis puts Inge at the center of his Pulitzer Prize-winning play and animates what is both sacred and profane about small town life against the backdrop of dust bowl hymns and love songs. Part séance, part love letter to a ghost, this Picnic explores a life lived at the periphery of one’s own desire.

“Ice Follies” read the cover of Time Magazine on January 24, 1994, after ice skating medalist favorite Nancy Kerrigan was struck in the leg with a police baton by Shane Stant. In his darkly funny and unrelenting play, Dan Aibel explores the lengths one will go to for fame. Margot Bordelon returns to Chicago to direct this world premiere play named for Tonya Harding, the first woman ever to complete a triple axel jump in competition. Nancy Kerrigan never saw her coming.

Includes reserved seating for each production

Dan Aibel‘s plays have been developed and/or produced by the Detroit Rep, the Sundance Institute, Syracuse Stage, the Blank Theater (Los Angeles),Flashpoint Theatre Co. (Philadelphia), the Source Theatre (Washington, D.C.) and Outsider’s Inn Collective (Seattle). In New York he has worked with Page 73, Rattlestick and The New Group. His play The Meaning of Lunch was seen in Chicago at Stage Left as part of Leapfest 7. A 2014 Sundance Theatre Lab fellow, Dan’s plays have been published by Smith & Kraus and Playscripts. He lives in New York.

Jaclyn Backhaus is an Indian-American playwright and co-founder of Fresh Ground Pepper. Recent New York productions include Men On Boats (NYT Critics’ Pick, Clubbed Thumb’s Summerworks, The Kilroys’ 2015 List), People Doing Math Live! (Under The Radar Festival’s INCOMING! Series at The Public Theater), The Incredible Fox Sisters (Live Source, The New Ohio), and You On the Moors Now (Theater Reconstruction Ensemble, upcoming with The Hypocrites in Fall 2016). She has received commissions from Playwrights Horizons and Ars Nova and is the 2016 Tow Foundation Playwright-in-Residence at Clubbed Thumb. Her work has been developed and showcased with the Bonnaroo Music and Arts Festival, Playwrights Horizons, The Public and Joe’s Pub, The Ice Factory Festival, (not just) 3 New Plays, The Civilians R&D Group, SPACE on Ryder Farm, Ars Nova’s ANTFest, and The Falcons. She hails from Phoenix, Arizona.

Margot Bordelon is a freelance director who specializes in new work. Recent projects include Jiehae Park’s peerless at Yale Repertory Theater, Anna Ziegler’s A Delicate Ship for Playwrights Realm (NYT’s Critics’ Pick), and Joshua Conkel’s Okay, Bye at Steppenwolf Theater. In New York, she’s directed for Atlantic Theater, NYTW, Clubbed Thumb, Ars Nova, Dodo Theater Collective, Target Margin, The Lark, Juilliard, The Bushwick Starr, Theater Masters, and Stella Adler Institute, among others. Margot moved to the East Coast after spending six years in Chicago working as a director, writer, and performer. She is a founding member of Theatre Seven of Chicago, where she conceived and directed We Live Here; Lies & Liars; and Yes, This Really Happened to Me (all with Cassy Sanders). Margot spent four seasons working at Lookingglass Theatre, where she served as Literary Manager and Company Dramaturg. In Chicago she also worked for Collaboraction, Timeline, Pavement Group, Live Bait, Around the Coyote, Bailiwick, Hell in a Handbag, and Steppenwolf Theatre. She spent three years as a storyteller for 2nd Story, and her autobiographical work has been seen numerous times on the Victory Gardens stage. Theater BFA, Cornish College of the Arts. Directing MFA, Yale School of Drama.

Will Davis is a director and choreographer focused on physically adventurous new work, and the newly appointed artistic director of American Theater Company. Recent projects include: an upcoming production of Evita for the Olney Theatre Center remade and reconsidered; Men on Boats by Jaclyn Backhaus for Clubbed Thumb’s Summerworks, receiving a remount at Playwrights Horizons in August; Orange Julius by Basil Kreimendahl; Mike Iveson’sSorry Robot for PS122’s COIL Festival; and two productions of Colossal by Andrew Hinderaker for Mixed Blood Theater and the Olney Theatre Center, for which he won a Helen Hayes award for outstanding direction. Davis has developed, directed and performed his work with New York Theatre Workshop, Clubbed Thumb, the New Museum, the Olney Theatre Center, the Alliance Theatre, the Playwright’s Realm, the Fusebox Festival, New Harmony Project, the Orchard Project, the Ground Floor Residency at Berkeley Rep, Performance Studies International at Stanford University, and the Kennedy Center. He is an alum of the Soho Rep Writer/Director Lab, the NYTW 2050 Directing Fellowship and the BAX (Brooklyn Art Exchange) artist in residence program. He holds a BFA in Theatre Studies from DePaul University and an MFA in Directing from UT Austin.

William Inge (1913-1973), a playwright, teacher, and novelist born in Independence, Kansas, wrote a string of successful plays throughout the 40s and 50s. His play Come Back, Little Sheba earned him the title of most promising playwright of the 1950 Broadway season. This success was followed in 1953 by Picnic (winner of the 1953 Pulitzer Prize) and again in 1955 by the highly revered Bus Stop. Inge’s fame continued to grow as The Dark at the Top of the Stairs, a reworking of his first play Farther Off from Heaven opened on Broadway in 1957. The Dark at the Top of the Stairs, considered to be Inge’s finest play, is one in which he draws most directly from his own past. He spent the final years of his life writing two novels: Good Luck, Miss Wyckoff in 1970 and My Son Is a Splendid Driver in 1971. Inge committed suicide on June 10, 1973 at the age of 60.