“The Last Five Years,” with music by the multi award winning composer/lyricist, Jason Robert Brown, is an emotionally powerful and intimate musical about two New Yorkers in their twenties who fall in love. The Title is not only a reference to their relationship, but also a call to the structure of the show itself, with the element of time folding in on itself and echoing the sometimes disorienting quality of love. Cathy tells her story backwards, while Jamie tells his chronologically. This stunning show is not to be missed!

Jamie: Granger resident, Justin Williams has been performing for almost two decades. Since taking to the boards he has played roles that include: Pippin (Pippin), Seymour (Little Shop of Horrors), Victor Frankenstein (Frankenstein), Marius (Les Miserables) and Fredrick Frankenstein (Young Frankenstein). Justin’s concert/cabaret credits include appearing at the Palais Royale, Firehouse Cabaret and Stage 773 in Chicago. Justin would like to thank Mamma Monkey, Grandma Monkey, Sister Monkey, Hannah Monkey, and Poppo Monkey for all of their support and love. Also a huge shout out to Brett Mitchell for believing in this crazy dream! 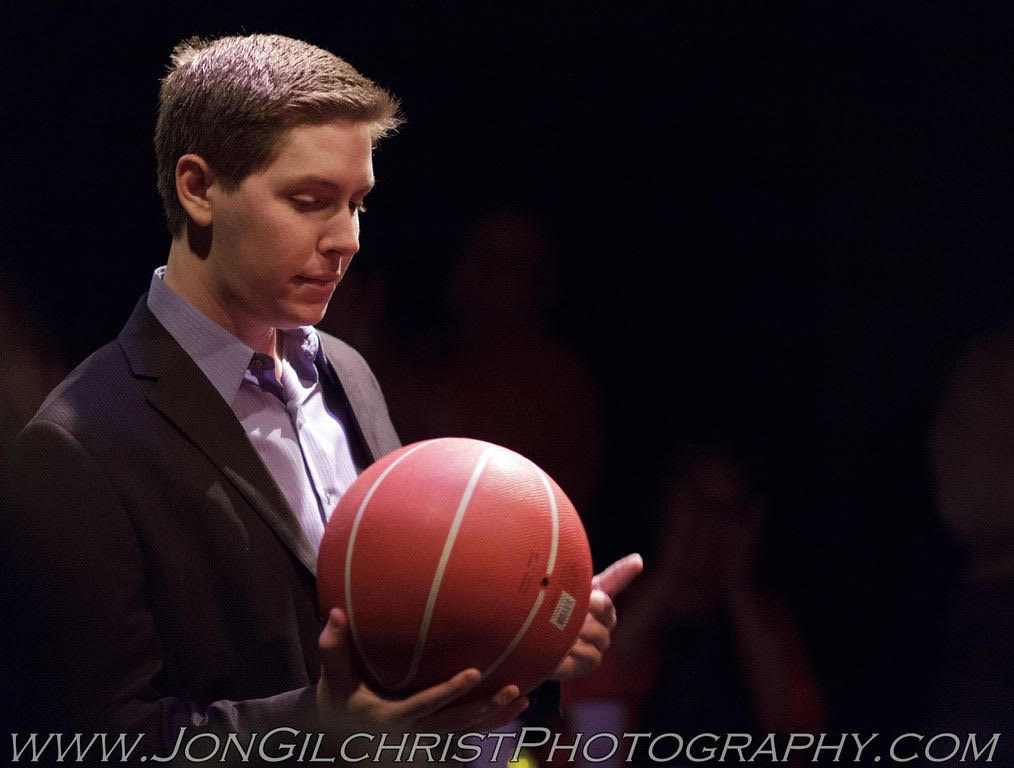 Cathy: Elkhart resident, Alyssa Atkinson, is an actress/singer who has appeared in the recent,

“Chicago, The Musical” at St. Mary’s College; The Rocky Horror Show and The Kander and Ebb Concert, both at Firehouse Cabaret. Alyssa made her cabaret debut at Ruthmere Museum last October. She is currently a student at St. Mary’s College working towards a business degree.

Jeff Otto – Musical Director This is Jeff’s first foray into the theatre world of South Bend. Jeff has been at the piano for musical productions both professional and amateur, in Chicago and throughout the Northwest Indiana theatre community. Most recently he acted as musical director for The Who’s Tommy at 4th StreetTheatre in Chesterton. Next up in 2016 for Jeff are gigs ranging from Footloose! to Gutenberg to Into the Woods. Jeff recently wrapped up a run on stage playing L.M. in a production of Pump Boys and Dinettes in Valparaiso, IN. Thanks to my buddy Justin for the invitation to play L5Y, one of my favorite books! Alyssa: You are a star in the making.

Director: Christopher Michael Kadden: Christopher is no stranger to the stage in the Michiana and Chicagoland area theatre community where he has acted and directed multiple shows. Credits include upcoming production of Mary Poppins (Robertson Ay/South Bend Civic Theatre), Chicago (Ensemble/Saint Mary’s College),Miss Saigon (Ensemble/Jedlicka Performing Arts Center), Spamalot (Not Dead Fred/Oak Lawn Park District Theatre), Godspell, Almost Maine, Curtains, Diary of Anne Frank (Student Director, Wheaton Warrenville South High School). Christopher is studying Theatre Arts with a focus in directing at Indiana University South Bend. He has trained with the Joffrey Ballet in their pre-professional ballet program and has danced in multiple ballets with the company including Cinderella, Lar Lubovitch’s “Othello” and Robert Joffrey’s “The Nutcracker.” When he is not at the theatre works for That’s Dancing as a tap instructor and at the Michiana Family YMCA as a camp counselor.

Stage Manager: Kathryn Quirk: Kathryn is happy to be behind the scenes after her perilous romp through SBCT’s

“Mary Poppins”. She has been in various productions in the Michiana area with SBCT, Acting Ensemble, and Beckwith Theatre Company. Kathryn holds a B.A. in Music (Vocal Performance) from Wesleyan College and has nearly 70 productions to her credit. Of these, she has stage managed several shows including “Greater Tuna”, “Spamalot” and “The Rocky Horror Show”. Kathryn was recently seen onstage in SBCT’s “The Music Man” and “You Got Older” with Acting Ensemble.

We at Second Star Theatre are looking forward to seeing you, the most important part of the show, at our South Bend Debut on August 18th. Make your RSVP’s now for a musical romantic evening of Theatre!