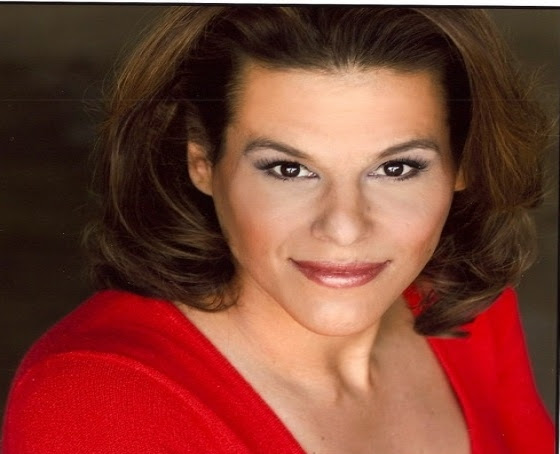 A select number of VIP tickets are available for the benefit at $175, and include a pre-show reception at 6 p.m. with appetizers and open wine bar at the Marketa Sivek Gallery at 1123 West Belmont. VIP ticket holders also enjoy reserved center-section seating for the 7:15 pm performance at Stage 773 at 1225 W. Belmont, and a post-show meet-and-greet reception and photo opportunity with Miss Billings and the cast. General Admission tickets are $75 and include the performance and a post-show reception. Tickets can be purchased here.

Alexandra Billings is an actress, singer, author, teacher and activist. She stars as Davina in Amazons multi-award winning television series Transparent and she has been seen on ‘Grey’s Anatomy,’ ‘E.R.,’ and ‘Nurses’ among others. She has acted in Chicago and across the United States, in many instances being the first transgender actress to tackle rolls like Mama Rose in Gypsy. She has worked at Bailiwick Repertory, Court Theater, and Steppenwolf, and has performed Off-Broadway. Ms. Billings activism stretches across the continent. She was inducted into the Gay and Lesbian Hall of Fame in Chicago in 2007. Living with AIDS since the mid-eighties, she chronicles her lifes journey in her blog Stilettos and Sneakers and is a regular contributor to The Huffington Post. Her life story From Schoolboy to Showgirl produced by Alex Silets (WTTW) was nominated for an Emmy in the Best Documentary category.

The mission of Pride Films and Plays is to change lives through the generation of diverse new work (or work that is new to Chicago) with LGBTQ+ characters or themes that is essential viewing for all audiences. We accomplish this mission through fully-staged productions, writing contests and staged readings, film screenings, and special events. We foster long term relationships with artists to create programming that is as diverse, unique, and complex as the community we represent. In 2015, Huffington Post called PFP A powerful and empowering entity.

PFPs current season began with the Jeff Recommended productions of Men on the Verge of a His-Panic Breakdown at the Apollo Studio Theater and The Boy From Oz at Stage 773. Noel Cowards Design for Living runs Oct 22 to November 22 at Rivendell Theater and Ten Dollar House runs January 7 to 31 at Piccolo Theatre. In addition, our script and screenplay development programs continue throughout the year at Center on Halsted, including Gay Play Weekend (May 2016), LezPlay (September 2016) featuring plays and screenplays written by women with lesbian characters or themes, and Gay Film Weekend (November 13 to 15, 2015) featuring LGBT screenplays and screenings.

Pride Films and Plays is supported by The MacArthur Fund for Arts & Culture at The Richard Driehaus Foundation, The Illinois Arts Council, City of Chicagos City Arts Fund, the Elliott Fredland Charitable Trust, Proud to Run, and the AmazonSmile Foundation. PFP is a member of the Smart Growth Program of the Chicago Community Trust. Pride Films and Plays is a member of the Chicago Area Gay and Lesbian Chamber of Commerce, The League of Chicago Theaters, and the Central Lakeview Merchants Association.