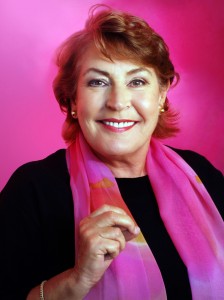 Australian pop megastar Helen Reddy returns to the stage for her first concert tour in ten years, and her only Chicago-area play will be at the historic Arcada Theatre on Wednesday, March 13 at 8pm.

Reddy appeared on Broadway in 1995 as Mrs. Johnstone in Blood Brothers. Other credits include a Grammy Award for “I Am Woman,” several gold and platinum albums, and performances in Anything Goes, Call Me Madam, and The Mystery of Edwin Drood with the Sacramento Music Circus.

A reigning queen of 70s pop, the Grammy Award winner had more than a dozen top-ten hits including I Am Woman, I Dont Know How to Love Him, Leave Me Alone (Ruby Red Dress), Delta Dawn, You and Me Against the World, Angie Baby and Aint No Way to Treat a Lady.

A true treat for Helen Reddy fans, this concert will be a mixture of those amazing million-plus selling hits with several other favorites never before performed live.  Throw in a few stories and her sweet personality, and the night is sure to be memorable.

I cant believe that Helen Reddy is really coming, said Ron Onesti, President and CEO of The Arcada Theatre.  She was all over TV and the radio when I was growing up in the 70s and her songs helped define a generation.  This is going to bring back a bunch of memories.

Tickets are $29-$59 and are available by logging onto