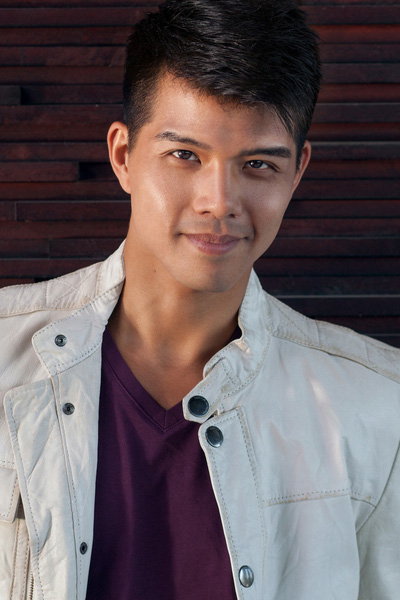 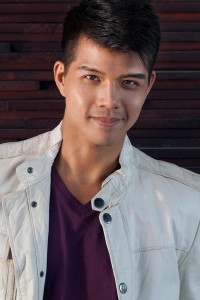 YELLOW SOUND LABEL has announced the new album from TELLY LEUNG, star of this season’s new Broadway musical Allegiance opposite George Takei and Lea Salonga. A dynamic singer and actor best known as Wes on “Glee” and his Broadway work in Godspell, Rent and Flower Drum Song, Telly was named one of last year’s Out 100 and “Faces To Watch” by The Los Angeles Times. Songs for You will be released on Friday, November 20, with the lead single “New York State of Mind” available on Friday, October 23. Songs for You – a follow up to Telly’s acclaimed 2012 debut album I’ll Cover You – will feature familiar classic songs from the worlds of Pop, Jazz, R&B, and Broadway done with a new and innovative twist, accompanied by lush musical arrangements by Gary Adler, Mary Ann McSweeney, Jesse Vargas, and Telly himself. The album, produced by Michael Croiter, will be available on iTunes, Amazon.com and at live performances.

Songs for You features songs originally recorded by Michael Jackson (“Human Nature”), Oleta Adams (“I Just Had to Hear Your Voice”), Mama Cass Elliot (“Make Your Own Kind of Music”), JohnDenver (“Leaving On A Jet Plane”), Des’ree (“You Gotta Be”) and more. To honor his Broadway roots, Telly also includes songs by his favorite theater composers Stephen Sondheim (“Being Alive”), Jerry Herman (“I Am What I Am”) and Stephen Schwartz (“Dreamscape”), in addition to the world premiere recording of “Second Chances” from the pre-Broadway engagement of Allegiance, which opens on Broadway at the Longacre Theater on November 8.

“All of the selections from Songs for You are classics,” says Telly, “and I worship at the altar of the artists that originated them. The challenge for me and my musicians: how to make them our own. We discovered that the way to truly do that was to not think of ‘the self’ at all, but to focus the sentiment and the energy of the song towards someone else. Who are we singing to? Why are we singing this song? When we found the ‘who’ in the song, we found our way in. We unearthed a deep, personal connection to the music that made these timeless songs come to life again. We hope that our listeners will feel the generosity of spirit that was intended with each track.”

Telly’s debut CD I’ll Cover You is an eclectic collection that features a variety of genres. It includes songs from Broadway (“Before The Parade Passes By” from Hello, Dolly!, “Children Will Listen” fromInto The Woods and the disc’s title track, which he performed in the final Broadway cast of Rent) and fresh interpretations of pop hits (“Firework” by Katy Perry, “Papa Don’t Preach” by Madonna and “Galileo” by The Indigo Girls). Other highlights include his jazzy interpretation of the Cy Coleman standard “I’m Gonna Laugh You Right Out Of My Life” and a tender rendition of Lennon & McCartney’s “In My Life” with simple guitar accompaniment. The album closes with the Whitney Houston hit “I Believe In You and Me,” recorded live at Birdland Jazz Club in New York.

TELLY LEUNG made his Broadway debut in the 2002 revival of Rodgers and Hammerstein’s Flower Drum Song opposite Lea Salonga, followed by the Roundabout Theater Company revival of Stephen Sondheim and John Weidman’s Pacific Overtures. Telly starred in the final Broadway cast of the Pulitzer Prize-winning musical Rent, which was filmed for DVD release. In the 2011 revival ofGodspell, his version of “All Good Gifts” was praised as “magnificent” by New York Magazine, “superb” by The Philadelphia Inquirer, and “a standout” by Bloomberg News.

On Fox TV’s ”Glee,” Leung was featured as a member of the Dalton Academy Warblers opposite Darren Criss. When he recreated his portrayal of “Angel” in Rent at the Hollywood Bowl – directed by Neil Patrick Harris – he was called “vibrant” by the Los Angeles Times, “stunning” by the Orange County Register and praised for his “sweet, clear tenor” by Variety. Telly also originated the role of Boq in the Chicago production of the smash hit Wicked and has performed in concert and shows at venues such as Carnegie Hall, the Kennedy Center, the Hippodrome in London, Birdland Jazz Club and 54 Below in New York, Paper Mill Playhouse, Philadelphia Theater Company, Ford’s Theater, and more.

He served as producer for the short film Grind, starring Anthony Rapp (If/Then, Rent), Claire Coffee (“Grimm,” “The West Wing”) and Pasha Pellosie (“The Carrie Diaries”). The movie, which won honors at film festivals around the country, is available to stream at GrindShortFilm.com. The soundtrack is available on Yellow Sound Label. Telly is also the co-producer of the touring concert series “Broadway Back Together,” a reunion of major headliners who have performed on Broadway together, sharing an evening of personal backstage anecdotes and show-stopping music.

4) Being Alive (from the musical Company)

5) Leaving On A Jet Plane

6) I Just Had to Hear Your Voice

7) Second Chances (from the musical Allegiance)

11) Make Your Own Kind of Music