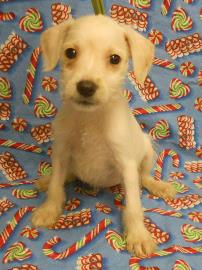 Wright-Way Rescue, a no-kill shelter that formerly resided in Niles, Ill., announced today that it will move its adoption center to 5915 Lincoln Ave. in Morton Grove, Ill. The move was confirmed after Morton Grove’s village trustees approved a special request permit on December 9, which will allow the animal shelter to reside at the location on Lincoln Avenue.

Wright-Way Rescue’s relocation was necessary after a school bus crashed through its adoption center located at 7136 W. Touhy in Niles, Ill. on October 2nd, leaving its former building with significant structural damage. There were no injuries to people or animals in the crash, and there were no children on the school bus at that time. Since the bus crash, Wright-Way Rescue has continued to place adoptable animals in homes from its temporary locations in Skokie and Des Plaines, Ill.

Wright-Way Rescue plans to start renovations on the 13,000 square-foot warehouse immediately. Construction will include a state of the art cage-less adoption center, veterinary clinic, community education and outreach center, retail store, administrative space, and grooming facility. Wright-Way Rescue stated that it hopes to be open by April of 2014.

The shelter’s goal is to raise $1.5 million with their newly-launched campaign “Rescue Wright-Way.” Funds will help complete renovations at the Morton Grove location and provide care for animals in the organization. Individuals interested in supporting the new adoption center are asked to make a donation at Wright-Way Rescue’s website (www.WrightWayRescue.net).

“Wright-Way Rescue has received overwhelming support the past two months,” said Christy Anderson, the director and founder of Wright-Way Rescue. “However, we are still in desperate need of donations to get back to where we were — saving thousands of animals’ lives throughout the Midwest that need our help.”

Wright-Way was on track to complete 5,000 adoptions in 2013 before the bus crash. Wright-Way Rescue adopts the most number of dogs than any other no-kill animal shelter in the state of Illinois and the third-most of
any shelter, including those that euthanize. Its efficiency is proven in the fact that it does a similar number of adoptions as organization that have 10 times the budget.

For more information or to schedule an interview, please contact Lisa Aiken at (847) 400-4836 or e-mail at [email protected]