Podcast with MICHAEL AARON LINDNER from ‘A Christmas Carol-The Concert’

Podcast with MICHAEL AARON LINDNER from ‘A Christmas Carol-The Concert’ from SHOWBIZ CHICAGO on Vimeo. 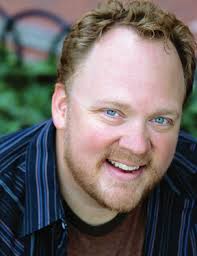 MICHAEL AARON LINDNER discusses his role of Ebenezer Scrooge in the A Christmas Carol-The Concert and the process of putting this major new work on the stage.  Visit http://www.achristmascaroltheconcert.com/store to purchase the soundtrack and dvd of the concert.

Michael is a nationally recognized, Joseph Jefferson award winning actor who has performed at many prestigious theaters.His credits include Harry Bright in the National Tour of Mamma Mia!; Edna Turnblad in Hairspray at the Drury Lane Theater; Fezziwig in the Goodman Theater’s annual production of A Christmas Carol and Louis the Baker in Chicago Shakespeare Theater’s critically acclaimed production of Sunday in the Park with George. He resides with his beautiful wife and two mischievous sons in Evanston, IL.

A Christmas Carol – The Concert. Charles Dickens beloved Christmas Carol as you’ve never seen it, or heard it before. Enjoy the timeless story of Ebenezer Scrooge through glorious, memorable and irresistible new songs in this instant holiday classic. A Christmas Carol – The Concert has musical styles that range from classical and Broadway, to blues and gospel.  In concert with Chicago’s PBS station WTTW it was filmed at the North Shore Center For The Performing Arts in Skokie, Illinois this past May.  It was filmed before a live audience using a full symphony orchestra, a choir made up of members of the Elmhurst College Choirand the Children’s Choir of Chicago and a rock/pop rhythm section. It starred Michael Aaron Lindner as “Scrooge”, E. Faye Butler as “The Narrator”, Scott Coulter as “Fred/Bob Cratchit & others”, Kyle Scatliffe as “Marley/The Ghosts & others”, and Arya Daire as “Belle”. 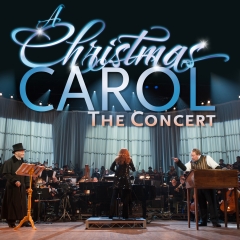 It was directed for stage by David Kersnar, conducted by Amy Duran, produced for television by Scott Silberstein and directed/edited by Matt Hoffman – both from HMS Media (Under The Streetlamp & Messiah Rocks).

A Christmas Carol – The Concert will premiere on PBS stations nationwide starting on December 14, 2013. Check your local listings for exact day and times of airing.