Broadway In Chicago is thrilled to announce that direct from Broadway, THE COLOR PURPLE, the Tony Award-winning revival of the truly remarkable musical adapted from Alice Walker’s best-selling novel and directed by Tony winner John Doyle (Sweeney Todd and The Color Purple), will play Broadway In Chicago’s Oriental Theatre (24 W. Randolph) for a limited two-week engagement next summer July 17 – 29, 2018.

THE COLOR PURPLE will join the line-up of performances at the annual Broadway In Chicago Summer Concert, sponsored by ABC 7 Chicago and hosted by Janet Davies, ABC 7 Chicago’s entertainment reporter and host of the entertainment and lifestyle program 190 NORTH on ABC 7. The Broadway In Chicago Summer Concert will take place on Monday, August 14, 2017 at 6:15 p.m. at the Jay Pritzker Pavilion at Millennium Park (201 E Randolph St).

Hailed as “a direct hit to the heart” (The Hollywood Reporter), this joyous American classic conquered Broadway in an all-new “ravishingly reconceived production that is a glory to behold” (The New York Times) directed by Tony winner John Doyle.  With a soul-raising Grammy®-winning score of jazz, gospel, ragtime and blues, THE COLOR PURPLE gives an exhilarating new spirit to this Pulitzer Prize-winning story.

Don’t miss this stunning re-imagining of an epic story about a young woman’s journey to love and triumph in the American South. The musical sensation that New York Magazine calls “one of the greatest revivals ever.” Experience the exhilarating power of this Tony-winning triumph! 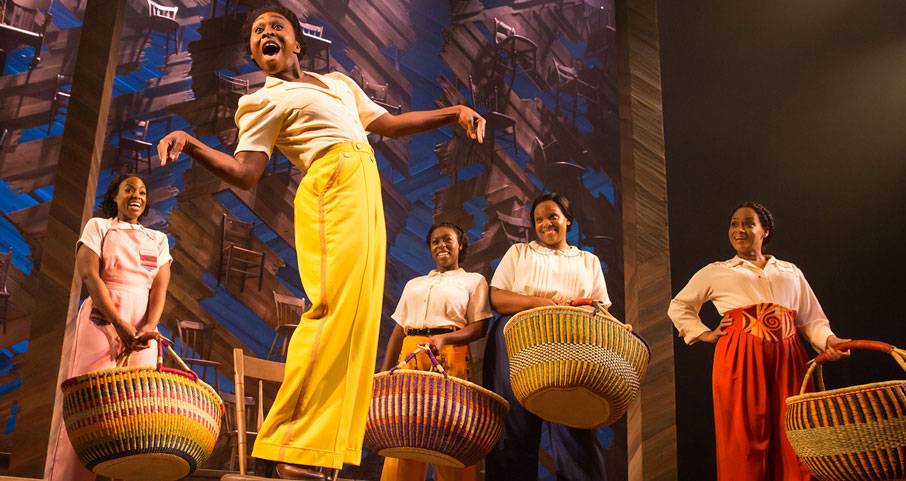 Based upon Alice Walker’s acclaimed novel of the same name, THE COLOR PURPLE is the epic tale of 40-years in the life of a family in rural Georgia. At its center is fourteen-year-old Celie. When Celie is forced by her abusive father to marry a cruel farmer, called “Mister,” she is separated from all that she loves. Ultimately, Celie conquers the odds to find her voice and her strength, coming into her own. THE COLOR PURPLE celebrates the healing power of love and the importance of a zest for life.

Broadway In Chicago was created in July 2000 and over the past 17 years has grown to be one of the largest commercial touring homes in the country.  A Nederlander Presentation, Broadway In Chicago lights up the Chicago Theater District entertaining well up to 1.7 million people annually in five theatres.  Broadway In Chicago presents a full range of entertainment, including musicals and plays, on the stages of five of the finest theatres in Chicago’s Loop including The PrivateBank Theatre, the Oriental Theatre, Cadillac Palace Theatre, the Auditorium Theatre of Roosevelt University and just off the Magnificent Mile, the Broadway Playhouse at Water Tower Place.  For more information, visitwww.BroadwayInChicago.com.