The legendary songwriter Alan Menken comes to Chicago for a one-night-only performance at the historic Auditorium Theatre on Saturday, March 30, 2019. In his one-man show A Whole New World of Alan Menken, the man behind songs like “Under the Sea” (The Little Mermaid), “Somewhere That’s Green” (Little Shop of Horrors), “A Whole New World” (Aladdin), and “Be Our Guest” (Beauty and the Beast) performs some of these beloved songs and tells stories from throughout his expansive career.

“We are thrilled to be hosting Alan Menken, the man responsible for so many iconic songs and scores, on our landmark stage,” says C.J. Dillon, Auditorium Theatre Chief Programming Officer. “We look forward to welcoming Broadway, Disney, and music fans of all ages to join us for this special performance.”

Menken has composed cherished songs for Disney classics such as The Little Mermaid, Aladdin, and Beauty and the Beast; created music for Broadway titles including Little Shop of Horrors, Newsies, Sister Act, and A Bronx Tale; and written works for movies including Captain America: The First Avenger and the film version of Little Shop of Horrors. In A Whole New World of Alan Menken, Menken sings and accompanies himself on piano as he performs pieces from Aladdin,Beauty and the Beast, Pocahontas, The Little Mermaid, Newsies, Sister Act, Enchanted, Little Shop of Horrors, Tangled, and many more productions. In chronological order, he works his way through his life and career, from his beginnings as a songwriter for Sesame Street to adapting some of his hit Disney songs for the Broadway stage and for live-action films, including 2017’s blockbuster Beauty and the Beast and the forthcoming Aladdin. 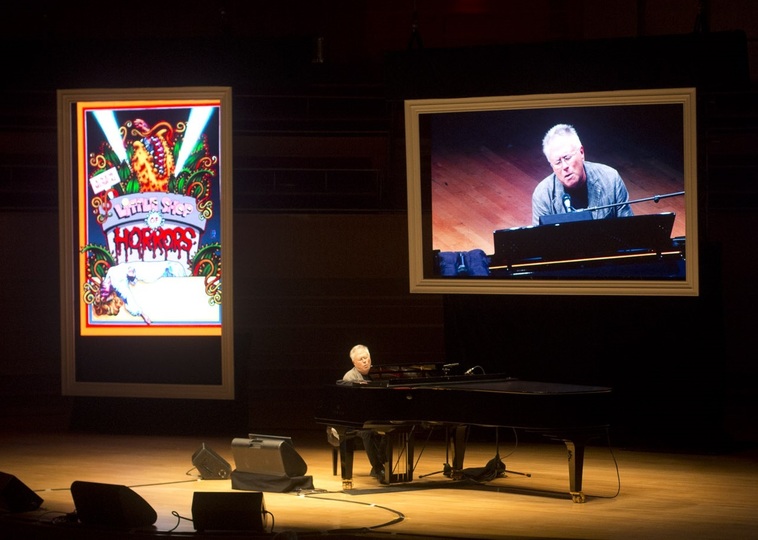 Menken has won more Academy Awards than any other living individual with eight Oscars (four for Best Score and four for Best Song). He has also won 11 Grammy Awards (including Song of the Year for “A Whole New World”), seven Golden Globes, London’s Evening Standard Award, the Olivier Award, the Outer Critics Circle Award, and the Drama Desk Award. Other notable achievements include induction as a Member (2008) in the Songwriter’s Hall of Fame, writing a number one hit Billboard single (“A Whole New World”), and releasing a number one album (Pocahontas). In 2001, Menken received the distinction of being named a Disney Legend, recognizing his contributions to The Walt Disney Company. He was awarded two doctorates in fine arts from New York University and the North Carolina School of the Arts. In 2010, he received a star on the Hollywood Walk of Fame.

Tickets start at $30 and are available online at AuditoriumTheatre.org, by phone at 312.341.2300, or in person at the Auditorium Theatre Box Office (50 E Ida B Wells Dr).

This site uses Akismet to reduce spam. Learn how your comment data is processed.