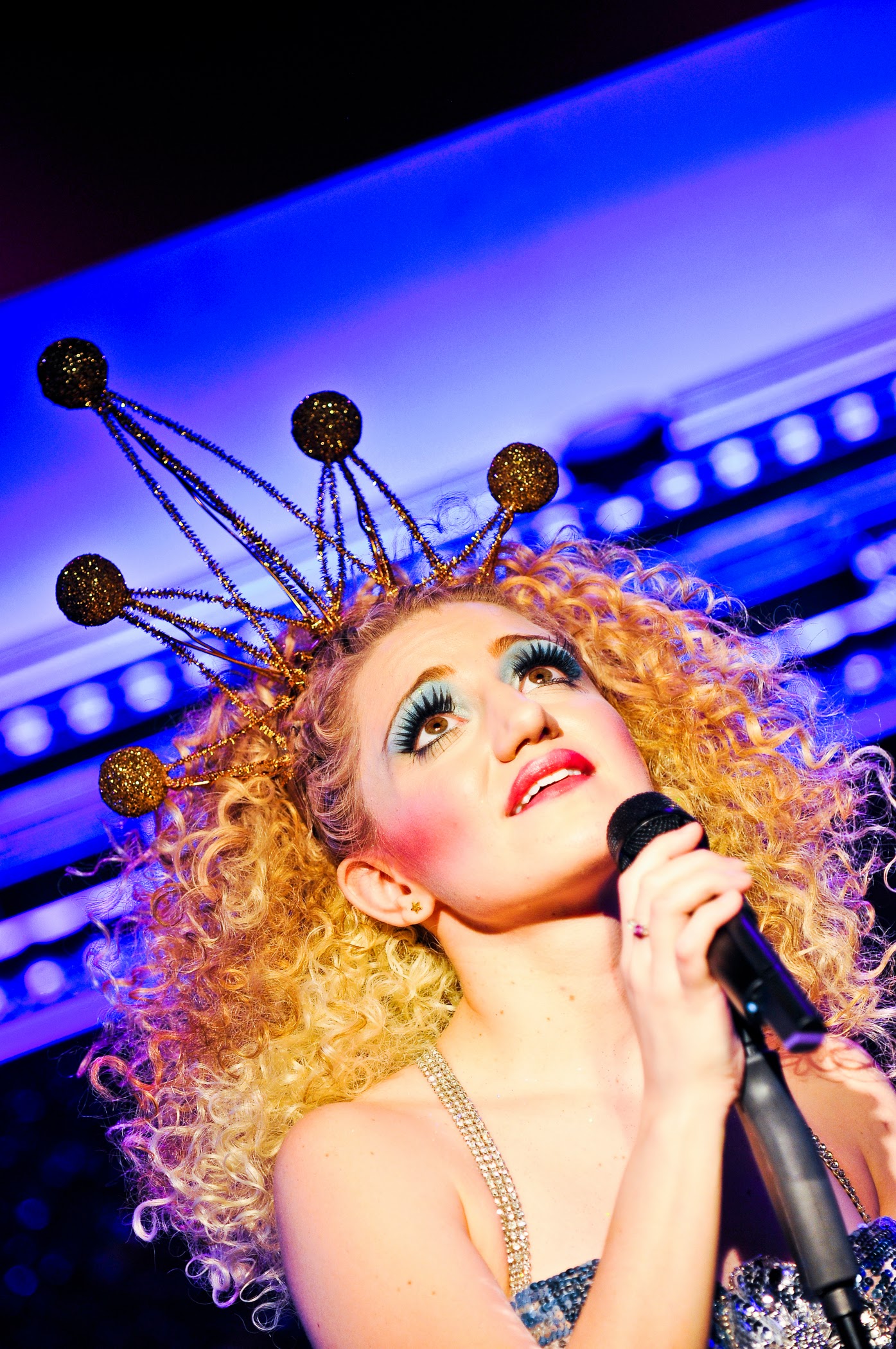 Broadway In Chicago is thrilled to announce Tony Award® nominee Annaleigh Ashford (Kinky Boots, Chicago production of WICKED, You Can’t Take It With You and Masters of Sex) makes her solo Chicago premiere with an evening of song, story and sequin in her critically-acclaimed, Lost in the Stars, for one-night only on Saturday, March 21 at 8 PM at the Broadway Playhouse at Water Tower Place (175 E. Chestnut).  Individual tickets go on-sale to the public on Friday, February 6 at 10 AM.

With songwriter and music director Will Van Dyke and The Whiskey 5 band, Lost in the Stars celebrates the classic cabaret with an eclectic mix of music from the disco days of Donna Summer, to Judy at Carnegie Hall, to a sing-a-long of Alanis Morrisette, as well as the haunting melodies of Stephen Sondheim and Kurt Weill. They are all woven together through fabulous, funny and most of all heartfelt storytelling. After this glossy and glittery evening with a special appearance by the Sun and the Moon, you will be sure to get Lost in the Stars.

ANNALEIGH ASHFORD currently stars on Broadway in You Can’t Take It With You opposite James Earl Jones, which has been critically acclaimed, with her performance being described as “constantly en pointe” byVariety, and Ashford as a “sly comic genius” by The New York Times.  She can also be seen on television as Betty DiMello, the prostitute, on Showtime’s Masters of Sex. Annaleigh was Tony-nominated for her role as Lauren in Kinky Boots and is also known for her work in Rent (Maureen), for which she was nominated for a Drama League Award and Clive Barnes Award, Dogfight (Marcy), Chicago production of Wicked (Glinda) and Legally Blonde (Margot).

WILL VAN DYKE is a New York based composer/lyricist and music director. Will’s compositions include Winnie The Pooh, Kids (Disney), The Lion King Jr. & Kids (Disney), The Devil’s Bitch (Playbill), One Small Step For Melvin (Wine & Cheese Club Prod.) and The Girls I’ve Like Liked (Ars Nova). His songs have been performed at venues all over the country from Los Angeles to New York City. Upcoming works include Magnificent Climb (with Rick Elice), Imagine Harry (with Jeff Talbott), and Writing Kevin Taylor (with Josh Halloway).  As music director, Will currently works on Kinky Boots (Associate MD/Associate Supervisor [Korea]). Past credits include Rent (MD), The Addams Family (Keyboards), Grease (Associate MD) and Wicked (Keyboards).  Will orchestrated Andrew Lippa’s show The Life of the Party that debuted in May of 2014 at The Menier Chocolate Factory in London.  Will’s debut album ‘Chasing the Day’, his newest album ‘Writing Kevin Taylor’, and his single ‘Another Time’ featuring Annaleigh Ashford are available wherever digital music is sold. With Matt Doyle, Will co-wrote and produced his albums ‘Daylight’ and ‘Constant.’ Will is also featured on the original cast recordings of Kinky Boots, A Little Princess and The Addams Family.  www.willvandyke.com

THE WHISKEY 5 is a group of musicians assembled by Music Director/Composer Will Van Dyke. Comprising of Alec Berlin on guitar, Steve Gilewski on bass, Mason Ingram on drums, Allison Seidner on cello and Van Dyke on piano, the group has played venues all over New York City. Coming from all walks of music they have played with various artists including Matt Doyle and Annaleigh Ashford, making recordings with both. For more information visit http://www.willvandyke.com