Tommy Davidson Does It UP! 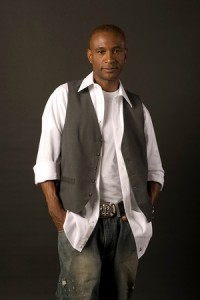 The hysterical Tommy Davison took the the stage at the fantastic UP COMEDY CLUB and delivered one of the funniest routines in recent memory.  Though most people remember Tommy from his days on IN LIVING COLOR playing opposite Jim Carrey, many people did not know his pension for imitations, including Sammy Davis, Jr., Michael Jackson and President Obama (for which he has no equal).   The sold-out audience kept him on stage for well over an hour and also kept them full of spirits!

UP COMEDY CLUB is becoming the benchmark for stand-up in Chicago. With the friendly staff, great drinks and food, all at a very reasonable price point, UP has quickly found its footing and we look forward to see the best of comedy visit this Second City offspring.