The Premiere of “10-4: The Truck Stop Plays”at CIC Theater 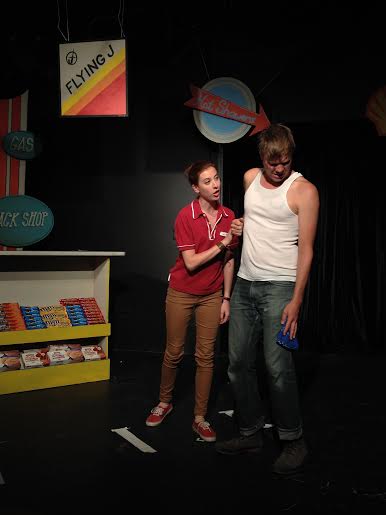 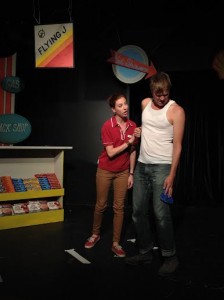 CIC (formerly Chemically Imbalanced Comedy) is proud to present a four week run of the premiere of “10-4: The Truck Stop Plays.” It opens on Friday, August 8th at 8:00 pm, then runs Thursdays through Saturdays, August 14th through August 30th, at 8pm at the CIC Theater, 1422 W. Irving Park Road, Chicago, IL.

“10-4” consists of four dark, comedic, one-act plays set at different truck stops around the country. They are written by four playwrights from the Ohio University MFA Playwriting program, and are directed by four up-and-coming female directors from Chicago. They are being produced by Ryan Patrick Dolan in conjunction with CIC.

More information can be found on the show’s website: truckstopplays.wordpress.com and http://www.cicomedy.com/truck-stop-plays/

The Plays and Creative Teams Are:

Ryan Patrick Dolan (Producer/Plawright) is a twelve-year veteran of the Chicago theater and improv scene. He has a B.A. in playwriting from Columbia College Chicago, and is a graduate of the School at Steppenwolf acting program. He assisted director Tina Landau for Steppenwolf Theater’s production of Tarrell Alvin McCraney’s “The Brother/Sister Plays.” Ryan was the dramaturg at RedTwist theater for Kimberly Senior’s production of “The Pillowman,” and Keira Fromm’s production of “The Lobby Hero.” Both were nominated for Jeff Awards for “Best Play” and “Best Director.” Ryan is also a 12-year veteran of the Chicago improv scene. He has primarily performed at iO and Annoyance Theaters, and has performed and taught workshops at numerous festivals and universities around the country with his groups Revolver and Pudding-Thank-You. Ryan also taught, and co-wrote and performed four Mainstage shows at Boston’s Improv Asylum. His acting credits include Timeline Theater, Collaboraction Theater, Strawdog, Wildclaw Theater, and Steppenwolf: Next Up. He’s had ten-minute plays produced by American Theater Company and Brown Couch Theater, and has performed his material at Paper Machete. Ryan is currently in the second year of the three year MFA Playwriting program at Ohio University. www.ryanpatrickdolan.com

“10-4: The Truck Stop Plays” opens at 8pm, Friday, August 8th, and runs Thursdays through Saturdays, August 14th through August 30th. Tickets are $10 and can be found atwww.cicomedy.com. Tickets will also be on sale 30 minutes prior to each performance at the CIC Theater Box Office.

Any questions about the production can be sent to rpdolan@gmail.com or cictheater@gmail.com.