ust in time for the holidays, The Hypocrites presents the second play of its 20th Anniversary Season, the world premiere of CINDERELLA AT THE THEATER OF POTATOES. Experience the classic fairy-tale heroine, Cinderella, in a completely new light in Andra Velis Simon’s brand new musical adaptation, based on the opera Cendrillon and other compositions by Pauline Viardot-García and directed by Artistic Director Sean Graney. Here, Cinderella’s version of happily-ever-after is chance to realize her professional dreams rather than marriage to some Prince. In signature Hypocrites’ style, the performers act as their own orchestra in this musical-play perfect for the entire family! CINDERELLA will play November 12, 2016 – January 8, 2017 at The Den Theatre’s Heath Main Stage, 1329 N. Milwaukee Ave. in Chicago’s Wicker Park neighborhood. Tickets are currently available at www.the-hypocrites.com.

Adapted from Pauline Viardot-García’s 1904 opera Cendrillon and many of her other compositions, Andra Velis Simon’s musical-play is an elegantly irreverent exploration of the classic fairy tale. Here, Cinderella’s version of happily-ever-after does not include acceptance by the Prince. In the actor-as-orchestra style of the companies Gilbert & Sullivan works, Artistic Director Sean Graney directs this family friendly holiday-time show. 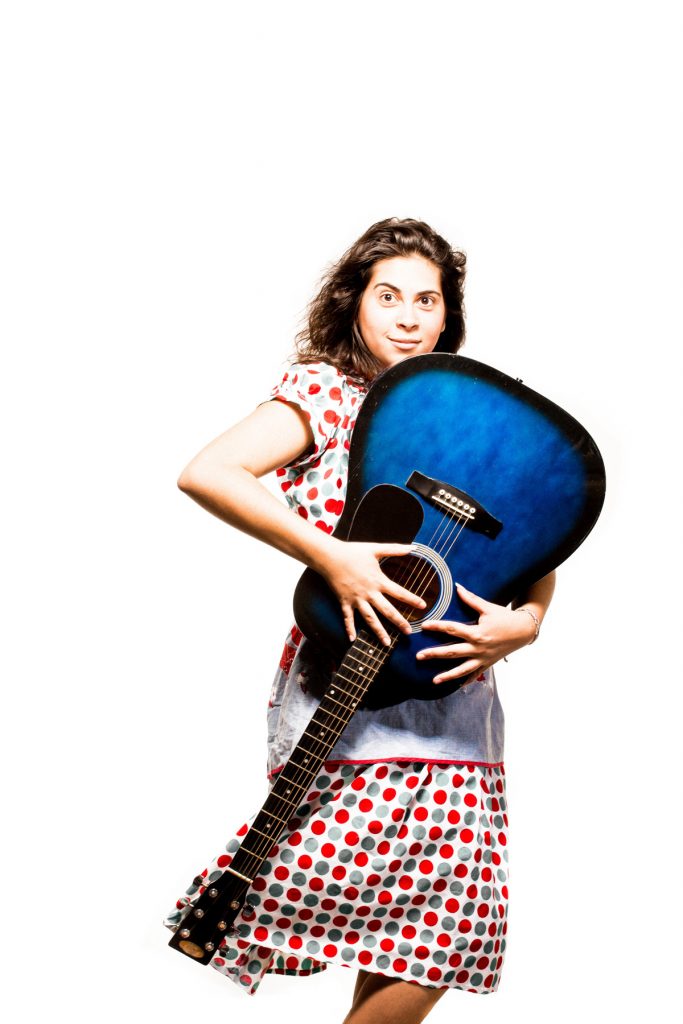 (pictured) Amanda Martinez in a publicity image for The Hypocrites’ world premiere adaptation of CINDERELLA AT THE THEATER OF POTATOES. Photo by Joe Mazza/Brave Lux.

“I wanted to take the next step in exploring opera with my long-time collaborator Andra Velis Simon,” comments Director Sean Graney. “When we came across Viardot-García’s Cendrillon, we knew we found the right project. Cinderella at the Theater of Potatoes is elegant in its exploration of the classic fairy tale; also it manages to present the main character as an independent person rather than one completely tied to acceptance by the Prince. When we explored more information about Viardot-García, we discovered a deep love for the composer and her interesting life.”

Andra Velis Simon (Adapter) works extensively in Chicago and around the country as a music director, vocal coach, accompanist and arranger. For The Hypocrites, she has music directed and either co-adapted or helped to arrange Sean Graney’s contemporary takes on Gilbert and Sullivan’s Pirates of Penzance, The Mikado and H.M.S. Pinafore All three have received multiple remounts at theatres around the country, including A.R.T. in the Boston area, Actors Theatre of Louisville, Berkeley Rep, Three Oaks in Michigan and Olney Theatre Center in Maryland (upcoming). Other notable productions include the Midwest premiere of Mr. Burns:  a post-electric play at Theater Wit; A Year with Frog and Toad directed by Henry Godinez, Goodnight Moon directed by Lookingglass Theatre’s David Kersnar, and The Hundred Dresses directed by Sean Graney, all smash hits for Chicago Children’s Theatre; Bailiwick’s production of Violet at the Mercury Theatre; Boojum!, directed by Jimmy McDermott at the city’s Storefront Theatre; and Boho Theatre’s Songs for a New World, remounted four times throughout Chicago and Illinois. In 2012, Andra contributed to two unique projects at the Goodman Theatre: music directing European opera director Calixto Bieito’s production of Tennessee Williams’ Camino Real featuring Andre DeShields, and then serving as music coach for Robert Falls’ monumental production of Eugene O’Neills’ The Iceman Cometh, starring Brian Dennehy and Nathan Lane, later remounted at the Brooklyn Academy of Music.  Andra is also the Musical Director for the Theatre Department at Columbia College Chicago, overseeing all musical needs of the department. She also serves as an Adjunct Faculty member, teaching several musical theatre performance courses.  At Columbia, she has taught classes or led productions with Chicago theatre luminaries David Cromer, Tom Mula, Sheldon Patinkin, Barbara Robertson, Stephanie Shaw, Larry Yando and others. Originally from the Washington, D.C. area, Andra graduated cum laude from Georgetown University.

Sean Graney (Director) has directed over 30 productions for The Hypocrites since 1997, including the critically acclaimed All Our Tragic. He recently returned from a Fellowship at the Radcliffe Institute for Advanced Study at Harvard University. In 2004, Graney was a participant in the NEA/TCG Career Development Program for Directors. He has won four Joseph Jefferson Citation awards for the Direction and Adaptation for Sophocles: Seven Sicknesses, and Directing of Equus and Machinal. He has directed Edward II (Chicago Shakespeare Theater), The Hairy Ape (Eugene O’Neill Festival at Goodman Theatre), The Comedy of Errors, The Mystery of Irma Vep and What the Butler Saw (Court Theatre), Yankee Tavern (Milwaukee Rep) and The Elephant Man (Steppenwolf for Young Audiences). Graney currently serves as the Hypocrites’ Artistic Director.