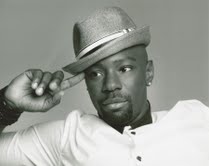 Set in the 1930s, HooDoo Love is a moving tale of love, magic, jealousy and secrets. Toulou escapes from the Mississippi cotton fields to pursue her dream of singing the blues in Memphis. When she meets a rambling blues man, the notorious Ace of Spades, her dreams are realized in a way she never could have imagined.  Written in vivid language that captures the blues, HooDoo Love is a not-to-be missed work by one of theatre’s most critically acclaimed new American voices.

In a joint statement, Co-Founders of The Collective Theatre said, “Each of us is a testimony to the benefits of having arts in the public school system.  We are thrilled to continue the work we started so many years ago and to share our creativity with such a talented cast.  Our goal has always been to bring people of various backgrounds together through the use of theater and to provide a forum for meaningful dialogue and creative expression.  The production of HooDoo Love accomplishes this.  It is a powerful masterpiece, wrought with complexity… yet so simplistically human; it’s a story that will move everyone who sees it.”

Tickets are available online at www.athenaeumtheatre.org or by calling the Athenaeum Theatre Box Office at (773) 935-6875.

Katori Hall’s The Mountaintop won the 2010 Olivier Award for Best New Play, followed by a Broadway run starring and Angela Bassett and Samuel L. Jackson at New York’s Bernard Jacobs Theatre. Her play Hurt Village won the 2011 Susan Smith Blackburn Prize and was a finalist for the Ruby Award. The script is being adapted into a film and was developed at the 2011 Sundance Screenwriters Lab. Hall’s other plays include: Children of Killers (National Theatre, UK), Remembrance (Women’s Project), Saturday Night/Sunday Morning, WHADDABLOODCLOT!!!, The Hope Well, Our Lady of Kibeho and Pussy Valley.  Her awards include the Lark Play Development Center Playwrights of New York (PONY) Fellowship, the ARENA Stage American Voices New Play Residency, the Kate Neal Kinley Fellowship, two Lecomte du Nouy Prizes from Lincoln Center, the Fellowship of Southern Writers Bryan Family Award in Drama, a NYFA Fellowship, the Lorraine Hansberry Playwriting Award and the Otis Guernsey New Voices Playwriting Award. Hall’s journalism has appeared in The New York Times, The Boston Globe, UK’s The Guardian, Essence, Newsweek and The Commercial Appeal.  Hall is an alumna of the Lark Playwrights’ Workshop, where she developed The Mountaintop, and a graduate of Columbia University, the A.R.T. at Harvard University and the Juilliard School. She is a proud member of the Ron Brown Scholar Program, the Dramatists Guild and the Fellowship of Southern Writers.  Hall is from Memphis, Tennessee.

Nelsan Ellis can currently be seen on the hit HBO vampire series True Blood, directed by Alan Ball.  He was most recently seen on film in The Help for DreamWorks, based on the best-selling novel.  Other recent credits include Disney’s Secretariat opposite Diane Lane and John Malkovich, The Soloist opposite Robert Downey Jr., Jamie Foxx and Catherine Keener and The Express for Universal Pictures.  He recently wrapped production on Gods Behaving Badly opposite Edie Falco, Christopher Walken and Sharon Stone, as well as The Reluctant Fundamentalist opposite Kate Hudson, Kiefer Sutherland and Liev Schreiber.  Ellis was recently cast as Martin Luther King Jr. in the upcoming Lee Daniels film The Butler.  Ellis’ television credits include the FOX television series The Inside, produced by Brian Grazer and the HBO film Warm Springs, opposite Kenneth Branagh, Cynthia Nixon and Kathy Bates.  While studying at Julliard, Ellis wrote a semi-autobiographical play called Ugly, which was performed at the school and received the Martin Segal Award by Lincoln Center.  Further productions of Ugly were performed at the Fringe Festival, Storm Theatre and the Santa Monica Playhouse.  He also wrote and directed the short film Page 36, which aired on HBO.  Ellis was born in south suburban Harvey, Illinois, spent part of his childhood in Alabama, and then returned to Chicago’s south suburbs where he attended high school.  He currently resides in Los Angeles.

About The Collective Theatre:

The lives of six gifted thespians collided at Thornridge High School in Dolton, Illinois over 15 years ago.  Since that time, they’ve remained united by friendship and inspired by the power of live theatre, which positively altered the course of their lives.  Together they founded The Collective Theatre, a unique performance company whose mission is to showcase thought provoking imagery for audiences of diverse cultural and economic backgrounds through historical perspectives, explorative interpretations and experimental new works.  The Co-founders of The Collective Theatre group are Francois Battiste, Veronda Carey, Le’Mil Eiland, Nelsan Ellis, Metra Gilliard and Jasond Jones.

For additional information on The Collective Theatre, visit and www.facebook.com/thecolletivetheatre.