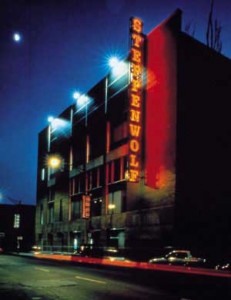 Since the fall of 2001, One Book, One Chicago has encouraged Chicagoans of all backgrounds and ages to read the same book at the same time, and come together to discuss a great piece of literature. This marks the third Steppenwolf production of a One Book, One Chicago selection, following The House on Mango Street (2009) and The Crucible (2007).

Now Is The Time is a year-long citywide conversation about how young people can make positive change in their communities and stop the trend of youth violence and intolerance. Through major projects taking place throughout 2012/13, Chicago Public Library, Facing History and Ourselves, andSteppenwolf TheatreCompany join forces to activate this conversation in our city’s many neighborhoods. They are joined by dozens of other organizations and institutions around the city, including a coalition of Chicago’s finest theater companies, for Now is the Time to ACT. Learn more at nowisthetimechicago.org.