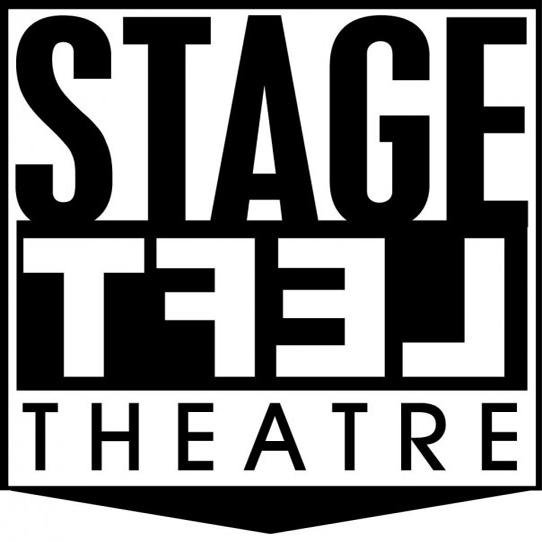 Stage Left Theatre announces the recipients of the Downstage Left Playwright Residencies for Season 34. Residencies are designed to help playwrights take a project from the conceptual stage all the way to a production-ready script. Playwrights work closely with ensemble directors and members of the literary team to design a process tailored for the particular needs of their project.

A record-breaking 179 applications were submitted, each of which was evaluated by at least two members of the selection committee. These written evaluations were used to create a list of 14 semi-finalists, which were read by the entire committee, then narrowed to a list of 8 finalists through a vote. The final selections were then made by Literary Manager Zev Valancy and Artistic Director Vance Smith. The two residencies, which will be developed during the 2015-16 season, are St Sebastian by Andrew Kramer and The New Deal by Mrinalini Kamath.

Ben and Gideon are a white couple who have purchased a repo house in a historically black neighborhood with the hopes of renovating it into their new home. When Ben hires Rueben, a young black boy in the neighborhood, to do the yard work, Gideon becomes alarmed by the racial, sexual, and social implications that accompany this seemingly simple action. Exploring gentrification from a uniquely queer perspective, St. Sebastian asks questions about the ways we confront race, privilege, white guilt, and domestic paranoia in our volatile contemporary America.

The development process for St. Sebastian will be led by guest director Lauren Shouse.

Andrew Kramer was born and raised in Cleveland and is a 2010 graduate of Ball State University’s Department of Theatre & Dance. He was a 2014 Nord Playwriting Fellow at Cleveland Public Theatre, where he has developed his plays: ARMATURE, Crying for Lions, and Bridge. He was a 2013 member of the Emerging Writer’s Group at The Public Theatre in New York as well as a former member of the Groundbreakers Playwrights’ Group with the terraNOVA Theatre Collective where he developed his play Whales & Souls. Andrew was a finalist for the 2050 Fellowship at New York Theatre Workshop, a former Core Apprentice Writer at the Playwrights’ Center in Minneapolis, as well as a two-time semi-finalist in the Samuel French Off-Off Broadway Play Festival with his plays A Map of Our Country (2010) and We Happy Animals (2011). Andrew has also served as Playwright‐in‐Residence at the Cairns Arts Festival in Queensland, Australia and his play The Dog(run) Diaries was shortlisted for the 2012 US/UK Old Vic New Voices. He is currently working on Skin & Bones, a new American musical with composer Ben Clark. Andrew is a two-time member of the Ingram New Works Lab at Nashville Repertory Theatre where he was mentored by playwright Steven Dietz and Pulitzer Prize-winning playwright Doug Wright. His work has been seen in Cleveland, Indianapolis, Chicago, Brooklyn, Lincoln, Louisville, Nashville, Houston, Williamsburg VA, New York, Sacramento, Cairns Australia and Bucharest Romania.

The New Deal by Mrinalini Kamath

Inmate 2 didn’t mean to kill anyone. He’s just a white collar thief, after all, but he panicked, and he’s not a murderer. He’s a survivor, which is why he chooses what the government is calling The New Deal. Inspired by a line from Agatha Christie’s autobiography (“You might allow your criminal the choice between the cup of hemlock and offering himself for experimental research, for instance”) The New Deal explores a time in the not-too-distant future where prison corporations and pharmaceutical companies form a collaboration.

Mrinalini Kamath is a graduate of the Writing Seminars program at The Johns Hopkins University and the MFA program in playwriting at the New School for Drama, Mrinalini Kamath’s plays have been performed around the country as well as the UK, India, and Australia. Several of her one-act plays are featured in various Smith and Kraus play anthologies. Her play Celestial Motions won the East West Players “Got Laughs?” comedy play contest, and was later translated into Marathi and performed in India. A finalist for the Ingram New Works Lab at Nashville Rep, she has also been a semi-finalist for the Princess Grace Playwriting Award as well as the O’Neill Theater Conference for her play The Nava Jeevan. A Tennessee Williams scholar at the Sewanee Writers Conference, as well as the recipient of the Fluid Motion Theatre and Film’s inaugural “Start the Story,” fellowship, Mrinalini is an alumna of Ensemble Studio Theatre’s emerging playwrights group Youngblood, and is currently a member of the Ma-Yi Theater Writers Lab and the Mission to (dit)Mars Propulsion Lab for Queens, NY-based playwrights.

Founded in 1982, Stage Left Theatre is committed to nurturing voices for the American theatre by developing and producing plays that raise debate and challenge perspectives on political and social issues. Through a full subscription season and Downstage Left, one of Chicago’s most prolific new play development programs, Stage Left strives to ask provocative social and political questions by producing a mix of new works, regional premieres and timeless classics.

The Firestorm by Meridith Friedman – Gaby and Patrick, an interracial political power couple hot on the campaign trail, are thrust into the center of a media frenzy when a racially charged incident from Patrick’s past surfaces. As the pressure intensifies, the political becomes explosively personal and the foundation of their seemingly picture-perfect marriage begins to fracture.

The Firestorm was developed in part at Stage Left through a Downstage Left Playwright Residency in 2014. As part of a NNPN Rolling World Premiere, The Firestorm will be produced by Kitchen Dog Theater in Dallas, Texas in May of 2015, then at Stage Left, and finally by LOCAL Theater in Boulder, Colorado in the fall of 2016.