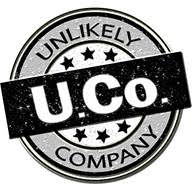 After three years of sold out comedy shows and festival appearances, Stage 773 is excited to announce their newest resident ensemble Unlikely Company, who will entertain summer audiences with a new show, directed by Brian Posen. Joining the elite roster of resident companies in the Box Theater at Stage 773, 1225 W. Belmont, Unlikely Company has performances scheduled for July 8, 15, 22, and 29, as well as a return appearance in fall 2016.

Unlikely Company, comprised of six of Chicago’s leading comedic talents including Di Billick, Liam Gallogly, Ryan Kappmeyer, Brian Morrow, Kate Nixon, and Mollie Rehner, exploded onto the Chicago comedy scene in 2013 as an improv troupe with an unfortunate moniker that has since been changed to the more apropos Unlikely Company.  Each member brings their own unique point of view to create this Unlikely Company, and they have developed into a lean, mean sketch comedy machine that continues to wow audiences with their energetic, theatrical shows. Friends on and off stage, they have performed with a focus on exposing the comedic seediness of everyday life, combining eclectic music and sketch comedy with intelligence, vulgarity and candor. Always based on truth, their material ranges from heartfelt to farcical.

“The ride you take in an Unlikely Company show is a wonderful rollercoaster,” says Brian Posen, Creative Director. “They can transition from choreographed musical comedy into an absurdist piece, into meta-theatre. Their comedy, dedication and growth over the past three years makes them a perfect fit for Stage 773.”

Stage 773 is a vibrant anchor of the Belmont Theatre District and home to Chicago’s finest off-Loop talent. As a performance and tenant venue, our four stages provide entertainment for everyone: comedy, theatre, dance, musicals and more. We are a not-for-profit, connecting and catalyzing the theater community, while showcasing established artists and incubating up-and-coming talent.