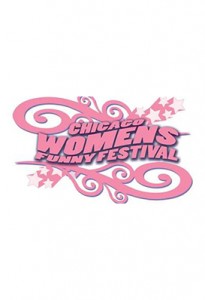 Stage 773 will also offer workshops during the festival this year including “Sit-down with Stelling” with stand-up comic and actress Beth Stelling, and“Advanced LongForm” with SNL writer Katie Rich, both on Saturday, June 7. For artists looking to break into the business, Paonessa Talent Agent Marisa Paonessa will host “Getting Started in the Business” on Sunday, June 8 from 10:30 a.m. to 1:30 p.m. For more information on the workshops or to purchase tickets, visit http://www.chicagowomensfunnyfestival.com/workshops.html.

Chicago Women’s Funny Festival was founded in 2012 when producers Jill Valentine and Liz McArthur wanted to build a comedy festival where women could come together and celebrate all forms of comedy under one roof. The first festival boasted 66 shows and 400 performers in five days. Women’s Fest also hosted events throughout the week where women from across the country could come together, network and more importantly, see each other’s work. The response from comedians and audience members was overwhelmingly positive – which is why the festival is coming back for a third year. The 2014 festival is bigger – putting all four of Stage 773’s theaters to use each night of the festival.

Jill Valentine has been the Executive Director of the Chicago Sketch Comedy Festival since the festival’s inception in 2000. She is also Stage 773’s Director of Operations and performs in several popular and critically acclaimed groups in Chicago, including The Cupid Players, Off Off Broadzway, Feminine Gentleman, The Deltones and several others. Valentine can also be seen as Donna, International Delight’s national spokesperson.

Liz McArthur hails from St. Louis and has worked with The Chicago Sketch Comedy Festival since 2005. McArthur can be seen with groups such as Off Off Broadzway, OneTwoThree Comedy, and Feminine Gentlemen. McArthur is also the founder of SMUSH a Monday night open mic room at Stage 773 and also a part of the hit zombie comedy Musical of the Living Dead.

All performances will take place at Chicago’s home for the city’s most innovative, creative and passionate off-Loop performing artists, Stage 773, located at 1225 W. Belmont. Stage 773 is a non-profit Chicago company that produces The Cupid Players, Bri-Ko, The Chicago Sketch Comedy Festival, Street Tempo Theatre and other programs, as well as offering subsidized theater rental space to the hundreds of Chicago’s itinerant off-Loop companies and performers.