The new show “Make Yourself Comfortable” will feature material for a cozy intimate evening in the brick room of Don’t Tell Mama.” 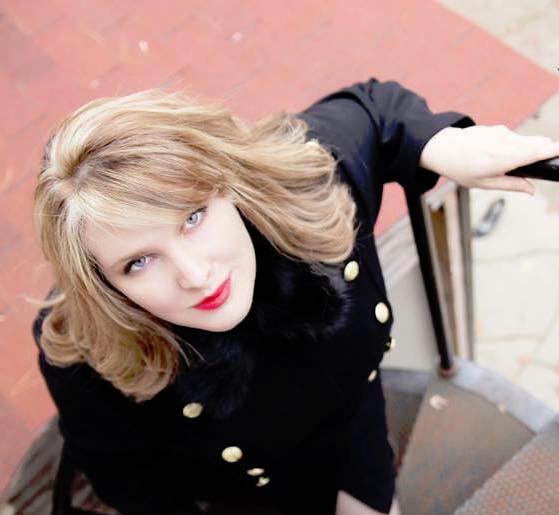 Singer/Actress, Liz, returns to the New York cabaret scene after a year away to record and release her newest project “Woman Under the Covers” which is a collection of traditionally male pop covers featuring “Turn the Page,” Origin of Love” and “Right Here Waiting.” “Make Yourself Comfortable” will feature three of these selections, “Scarborough Fair,” Origin of Love,” and the Stephen Cole/Claibe Richardson song “Perfect”. Liz’s singing talent has created performing opportunities in New York, Florida and on the West Coast, leading to a traveling “gypsy” lifestyle.

Special Guest Stephen Cole is a singer, a storyteller, a comic, a director and all around renaissance man, but he is best known as the award winning writer of 15 musicals including THE ROAD TO QATAR!, THE NIGHT OF THE HUNTER, AFTER THE FAIR, INVENTING MARY MARTIN, DODSWOTH, SATURDAY NIGHT AT GROSSINGER’S and MERMAN’S APPRENTICE. His published books include I COULD HAVE SUNG ALL NIGHT (with and about singing legend Marni Nixon), THAT BOOK ABOUT THAT GIRL, NOEL COWARD, and PUT ON A HAPPY FACE. Stephen has had the pleasure of dueting with Klea Blackhurst, Anita Gillette and Ethel Merman (privately). He is thrilled to finally be dueting with the fabulous Liz Rubino.

“As with any power ballad, especially one that was a number one hit, it’s probably best to perform it close to the version of the original artist, in this case Carly Simon; Rubino  followed that wisdom with a knockout rendition of “Nobody Does it Better” (Carole Bayer Sager),  from the 1977 James Bond movie The Spy Who Loved Me. And Rubino sang “Disneyland” (Howard Ashman), a cabaret evergreen, as well as I’ve ever heard it sung”- Bistro Awards, NYC.
“Liz Rubino’s voice is one of the most versatile voices around. From Pop to Jazz to Classical, Liz is the consummate musician and cares deeply for the lyric and meaning of a song. She is a songwriter’s best friend… Writer/Lyricist, Stephen Cole (Perfect featured on Liz’s CD “Woman under the Covers”

So if you’re feeling tied up at home, and want to hear a warm comfortable singing voice that will make you purr, then come join us for this first night of Liz’s  three night run of “Make Yourself Comfortable.”