TONY Award Nominee MONTEGO GLOVER discusses playing Angelica Schuyler in the hit Chicago company of “Hamilton” as well as her critically acclaimed roles in “Memphis”, “The Color Purple” “Les Miserables”and the recent Toronto World premiere of “Sousatzka”. For more information on the Chicago production of “Hamilton”, including tickets, visit broadwayinchicago.com

Montego Glover was nominated for the Tony Award for her role in the musical MEMPHIS, winning a Drama Desk and OCC Award for her performance. She has appeared on Broadway, as well, in LES MISERABLES, IT SHOULDA BEEN YOU, THE COLOR PURPLE, and won her second Drama Desk for THE ROYALE at Lincoln Center Theater. Montego’s television credits include “The Following,” “Black Box,” “Hostages,” “Smash,” and “The Good Wife.”  For more information about Ms. Glover, please visit her official website MontegoGlover.com 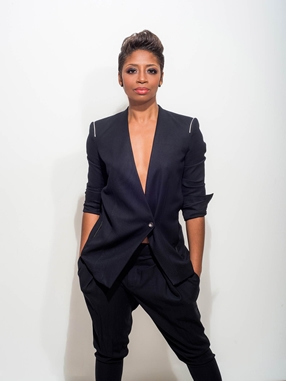 Montego Glover was born in Macon, Georgia and raised in Chattanooga, Tennessee.

A graduate of Florida State University with a BFA in Music Theatre, Montego made her Broadway debut in The Color Purple in the roles of Celie & Nettie. She created the role of Felicia Farrell in the Broadway hit musical Memphis and received a Tony Award Nomination for Lead Actress in a Musical as well as a Drama League Nomination and won both the Outer Critics’ Circle Award and the Drama Desk Award for her performance. Montego won a second Drama Desk Award (Outstanding Ensemble) for her critically acclaimed run as Nina in the New York debut of The Royale at Lincoln Center Theater. She created the role of Annie Shepard in the new musical comedy It Shoulda Been You, and starred in the hugely successful 2016 revival Les Miserables as Fantine.

While based in New York, Montego has been privileged to travel to a number of exciting theatre companies around the country including: La Jolla Playhouse, The Old Globe, Lincoln Center Theater, The Huntington Theatre, and Seattle’s 5th Avenue Theatre. And the productions have been as varied as the locations: Aida (4 productions in the role of Aida, IRNE Award-Best Actress in a Musical), Ragtime (2 productions in the role of Sarah), Dreamgirls (Lorrell), She Loves Me (Ms. Ritter), Oklahoma (Ado Annie), A Midsummer Night’s Dream (Hermia), Westside Story (Anita), Jesus Christ Superstar (Mary Magadelene), Once On This Island (TiMoune, Helen Hayes Award Nomination), and The Royale phony Orchestra at the prestigious Kennedy Center for the Arts in Washington DC.

While thriving in the theatre and concert work Montego also spends time in television, film, and commercials. On television Montego has appeared on Black Box, The Following, Hostages, Smash, Golden Boy, The Good Wife, White Collar, NYC 22, Law & Order,and Made In Jersey as well as several award winning programs for PBS including Memphis on Broadway. Montego’s numerous commercial campaigns include: Campbell’s Soup, Chase, Samsung, Verizon, Charmin, Subway, Nickelodeon, McDonald’s and Fruit of the Loom. And Montego has not been limited to voicing for products and networks, she has also lent her voice to video gaming with the Star Wars franchise. Projects include: Battlefront, Renegade Squadron & The Old Republic. And in the world of animation she can be heard voicing characters for Dora the Explorer and Go Diego Go.

Montego has served on the Artists’ Committee for the Kennedy Center Honors, and recently joined the community efforts of the New York Pops by becoming a PopsEd Ambassador. 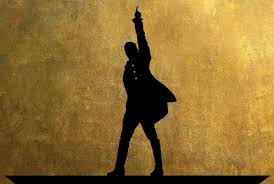 With book, music and lyrics by Lin-Manuel Miranda, direction by Thomas Kail, choreography by Andy Blankenbuehler and music supervision and orchestrations by Alex Lacamoire, HAMILTON is based on Ron Chernow’s biography of Founding Father Alexander Hamilton.

The HAMILTON creative team previously collaborated on the 2008 Tony Award ® Winning Best Musical IN THE HEIGHTS.

Broadway In Chicago was created in July 2000 and over the past 17 years has grown to be one of the largest commercial touring homes in the country.  A Nederlander Presentation, Broadway In Chicago lights up the Chicago Theater District entertaining well up to 1.7 million people annually in five theatres. Broadway In Chicago presents a full range of entertainment, including musicals and plays, on the stages of five of the finest theatres in Chicago’s Loop including the Cadillac Palace Theatre, CIBC Theatre, Oriental Theatre, and just off the Magnificent Mile, the Broadway Playhouse at Water Tower Place and presenting Broadway shows at The Auditorium Theatre of Roosevelt University. For more information, visit www.BroadwayInChicago.com.