One of Chicago’s finest young actors, JOHNNY RABE discusses his lead role in The Chicago Academy of Dramatic Art’s production of MERRILY WE ROLL ALONG for which he is nominated for an Illinois High School Musical Theatre Award as Best Actor in A Musical. Johnny also talks about some of his favorite directors who have shaped his career, including the starring role in the hit Broadway musical A CHRISTMAS STORY. The 7th Annual Broadway in Chicago Illinois High School Musical Theatre Awards Sponsored by NBC5will be held at the Broadway Playhouse at Water Tower Place (175 E. Chestnut) on Monday, June 4, 2018, hosted by NBC 5’s entertainment reporter LeeAnn Trotter, and will feature a workshop led by HAMILTON cast member Gabriella Sorrentino.

Johnny is an actor, singer, and dancer who hails from Chicago, Illinois. He began his professional career at the age of ten in the role of Winthrop in The Music Man, directed by Gary Griffin, at the Marriott Theatre of Chicago. His next role was Young Danny in the Marriott Theatre’s production of For the Boys, followed by Douglas in Provision Theatre’s production of Shadowlands. 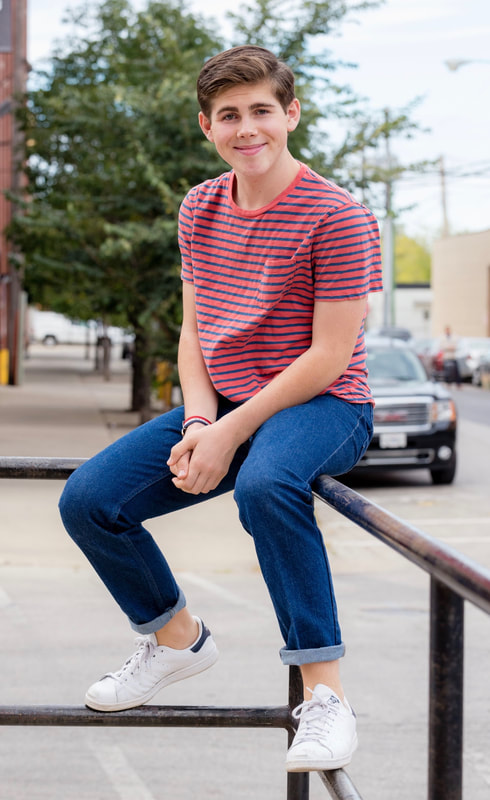 In 2011, Johnny joined the 1st National Touring Company of A Christmas Story, The Musical, directed by John Rando. As a member of the ensemble, he toured five cities and concluded the tour at the famed Chicago Theatre. Just a few months later, Johnny auditioned for the Broadway production of the show and landed the leading role of Ralphie. He thoroughly enjoyed portraying the iconic character on Broadway’s Lunt Fontanne stage as well as on The View and Good Morning America and at the 2013 Tony Awards ceremony.

After his Broadway run, Johnny returned to Chicago to play Winthrop in the Paramount Theatre’s production of The Music Man, directed by Rachel Rockwell, and to productions at Drury Lane Theatre and Provision Theatre. He then starred as Walter in the world premiere of Secondhand Lions, directed by Scott Schwartz, at the 5th Avenue Theatre in Seattle. Then it was back to Chicago to play Michael in Mary Poppins, directed by Gary Griffin at the Marriott Theatre. Johnny was soon off to NYC again to play the title role in the first two developmental workshops for Trevor, the Musical, directed by Marc Bruni. He then returned to Chicago to several shows and workshops and most recently played Arpad in the Marriott Theatre’s production of She Loves Me, directed by Aaron Thielen.

Johnny is currently a senior at The Chicago Academy for the Arts, where he is a member of the Musical Theatre department. He is grateful to all of his directors, teachers, and coaches who have helped him along the way and given him such wonderful opportunities.

Johnny is represented by Stewart Talent in Chicago and by CESD in NYC. 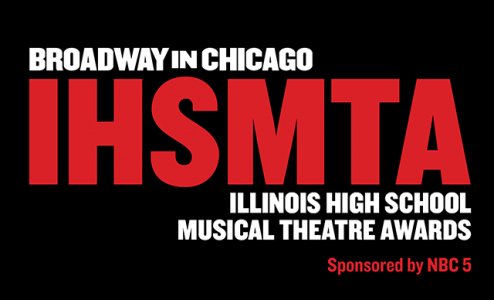 Broadway In Chicago is delighted to announce the twenty-four students nominated for Best Actor and Best Actress, and nominees for Best Production presented by Guardian Music Travel, Best Direction and Best Scenic Design presented by SPL for the seventh annual Illinois High School Musical Theatre Awards. The nominees (12 young actors and 12 young actresses), selected after evaluating 80 productions across the state of Illinois, have been invited to participate in the Awards program, which will be held at the Broadway Playhouse at Water Tower Place (175 E. Chestnut) on Monday, June 4, 2018 at 6:30PM and hosted by NBC 5 entertainment reporter LeeAnn Trotter. Sponsored by NBC 5, the Illinois chapter of The Jimmy Awards (National High School Musical Theatre Awards) serves as an annual national celebration of outstanding achievement in musical theater performance by high school students.

Broadway In Chicago has crafted a workshop led by HAMILTON Chicago cast member Gabriella Sorrentino (Dance Captain/Swing) whose previous theatrical credits include ON YOUR FEET! The Story of Emilio and Gloria Estefan on Broadway as well as regional productions of A CHORUS LINE, IN THE HEIGHTS and WEST SIDE STORY. HAMILTON currently plays at Broadway In Chicago’s CIBC Theatre (18 W. Monroe).

The workshop for these twenty-four nominees will culminate in a performance onstage at the Broadway Playhouse at Water Tower Place. During the day, nominees will audition for a panel of casting agents and theatre professionals who will choose the recipients of performance awards. A Best Actress and Best Actor winner from Illinois will be sent to New York City, on an all-expense paid trip, for a week-long theatre intensive of coaching and rehearsals with industry professionals in preparation for a one-night-only showcase, where they will represent the state of Illinois at The Jimmy Awards on Broadway.

In addition to the workshop, nominees will receive tickets to a Broadway In Chicago show.

An award for Best Production presented by Guardian Music Travel, Best Direction, and Best Scenic Design presented by SPL will be presented to participating schools.

ABOUT THE JIMMY AWARDS
The Jimmy® Awards/The National High School Musical Theatre Awards™ (NHSMTA) impacts more than 100,000 students who participate in high school musical theatre competitions sponsored by presenters of Touring Broadway productions throughout the United States.  A Best Actress and Best Actor winner from each of these competitions is sent to New York for a week-long theatre intensive of coaching and rehearsals with industry professionals in preparation for a one-night-only showcase on Broadway, where a panel of judges crowns the nation’s top performers. Named for Broadway impresario James M. Nederlander, the program has been the catalyst for more than $2,000,000 in educational scholarships.

In 2012, the program inspired preeminent broadcaster WGBH Boston to produce a 3-part documentary series called “Broadway or Bust,” which follows students on a journey from their hometown competitions to their debut on Broadway. The series remains popular viewing at www.pbs.org. For more information, please visit www.JimmyAwards.com.

ABOUT OUR SPONSORS
NBC 5 CHICAGO
NBC 5 (WMAQ-TV) is the owned NBC station in Chicago. Originally WNBQ, the station’s current call letters, WMAQ-TV, were established in 1964. During NBC 5 Chicago’s rich history, the station pioneered a number of television “firsts.” On April 15, 1956, NBC 5 became the world’s first all-color TV station. In September of 1986, NBC 5 became the first Chicago commercial station to broadcast in stereo. In 1989, NBC 5 was the first Chicago station to present closed captioning of all local newscasts. Currently, NBC 5 airs over 37 hours of local news per week in HD on its core channel and the latest news, weather and streamed original content on NBCCHICAGO.COM and the NBC Chicago Mobile App.

GUARDIAN MUSIC TRAVEL
Guardian Music Travel is a company that specializes in student group travel across the United States and abroad. This educator founded and operated company provides the finest service in the industry at the best price.  The company has thrived using its model of teachers working with the Guardian staff of educators to create custom itineraries and wonderful educational experiences.  Guardian’s theatre groups have loved the New York City packages including Broadway shows and workshops with professional and teachers. For more information, visit www.gmgtravel.com.

SOUND, PRODUCTION & LIGHTING
Sound, Production & Lighting (SPL) is a full-service event production and system installation company.  We provide production services for corporate meetings, galas and fundraising parties, marketing activations, and anything between – we’re always up for a challenge. We offer permanent installation services for a variety of venues in fields such as live performance, education, worship, and hospitality. Our goal for any project is to provide an unparalleled experience and service. https://www.splchicago.com/

ABOUT BROADWAY IN CHICAGO
Broadway In Chicago was created in July 2000 and over the past 18 years has grown to be one of the largest commercial touring homes in the country.  A Nederlander Presentation, Broadway In Chicago lights up the Chicago Theater District entertaining more than 1.7 million people annually in five theatres. Broadway In Chicago presents a full range of entertainment, including musicals and plays, on the stages of five of the finest theatres in Chicago’s Loop including the Cadillac Palace Theatre, CIBC Theatre, Oriental Theatre, and just off the Magnificent Mile, the Broadway Playhouse at Water Tower Place and presenting Broadway shows at The Auditorium Theatre of Roosevelt University.