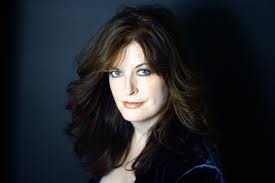 The stars are out for an evening of musical enchantment, sharing songs by the writers who have most inspired them from George Gershwin to Paul McCartney. Featuring one of the leading champions of the Great American Songbook and “the singer who stills the room”: Tony-nominated Broadway star Ann Hampton Callaway (SWING!), this one-night-only concert will also include performances from Tony-nominated composer and lyricist Craig Carnelia, Grammy-nominated composer and lyricist Andrew Lippa, Grammy-winning singer and songwriter Lari White, emerging songwriters from the 2012 Johnny Mercer Foundation Songwriters Project and an appearance by the great Johnny Mercer himself through audio and video recollections where he reveals the writers who most inspired his prolific career.

Ann Hampton Callaway is one of the leading champions of the great American Songbook. Her gifts as a singer, pianist, composer, lyricist, arranger, actress, educator, TV host and producer have given her one of the most unique careers in music today. Born in Chicago to an illustrious musical family, Ann’s heartfelt singing style blends jazz and traditional pop, making her a mainstay in concert halls, theaters and jazz clubs as well as in the recording studio, on television, and in film. Callaway won the Theater World Award and received a Tony nomination for her starring role in the Broadway musical “Swing!”

She gained international exposure for writing and singing the theme for Fran Drescher’s hit TV series ‘The Nanny”. Ann made her Hollywood screen debut in Robert DeNiro’s spy thriller “The Good Shepherd” singing “Come Rain or Come Shine” and was featured in the soundtrack of Queen Latifah’s “Last Holiday”. She’s written over 250 songs including the Platinum Award winning hits for Barbra Streisand “At the Same Time” and “I’ve Dreamed of You”.

She performs the critically acclaimed acts “Sibling Revelry” and “Boom!” with Broadway star and sister, Liz Callaway. Ann has recorded 12 solo CD’s including her latest celebrated Telarc release “At Last” and is a guest artist on over 40 CD’s. Callaway also devotes herself to philanthropic work, writing and performing to benefit many cherished causes.
The concert is the closing event of the 2012 Johnny Mercer Foundation (JMF) Songwriters Project, a weeklong intensive for emerging songwriters and writing teams ages 18-30, presented each summer on the campus of Northwestern University by the Johnny Mercer Foundation and the American Music Theatre Project (AMTP). Now in its seventh year, the Johnny Mercer Foundation Songwriters Project hosts the nation’s most promising songwriters across all genres including music theatre, pop, jazz, rock, and contemporary pop.