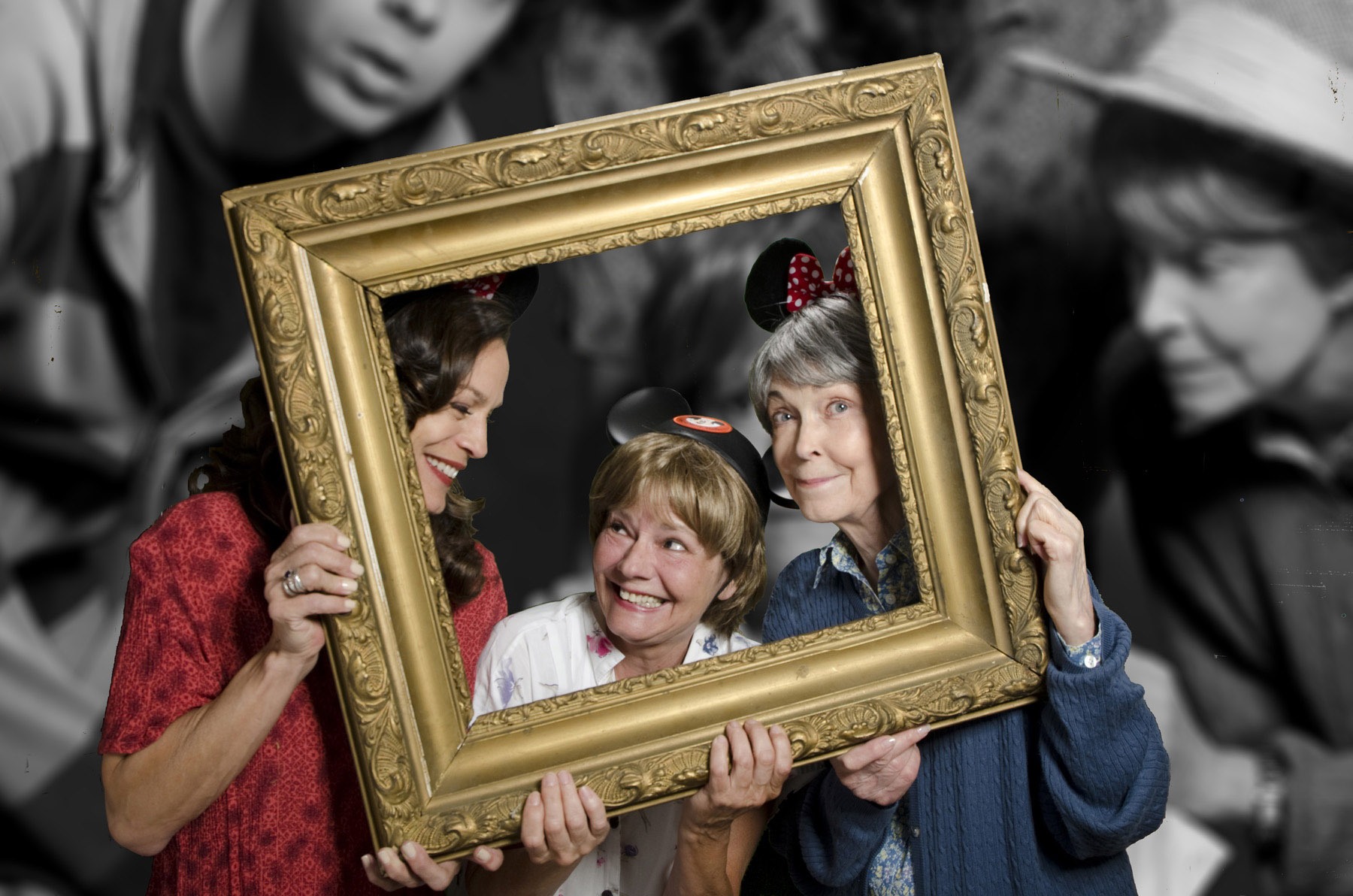 Linda Reiter (Bessie) was recently seen in The Testament of Mary at Victory Gardens, as well as numerous SGT shows including Come Back Little Sheba, Who’s Afraid of Virginia Woolf?, The Manchurian Candidate, Other People’s Money, among others. Rebecca Jordan (Lee) is known for her SGT performances in Mill Fire, A Streetcar Named Desire, Anna Karenina and others. Deanna Dunagan (Ruth) won the Tony Award for Best Actress in Steppenwolf Theatre’s August Osage County. She has recently performed at Lookingglass in The North China Lover and Death Tax, as well as the Goodman’s Other Desert Cities, and stars in the upcoming movie The Visit directed by M. Night Shyamalan.

Winner of the Outer Critics Circle Award and the Drama Desk Award for New Play, MARVIN’S ROOM has been rapturously praised by audiences and critics alike since its world premiere at Chicago’s Goodman Theater in 1990. Bessie devotes her life to caring for her elderly father and aunt and so her own diagnosis of leukemia plummets their world into a tailspin. In need of a bone marrow transplant, Bessie reaches out to her estranged sister Lee and her two nephews. If they are to be of any help, then old wounds must be opened.  MARVIN’S ROOM is about finding family and the timeless concerns of living, dying and caring for others told with McPherson’s signature humor.

During the play’s Chicago debut, the Chicago Tribune’s Richard Christiansen wrote, “From the everyday environment of a suburban home to the fantasy land of Disney World, McPherson found the exact scene, the perfect dialogue and the precise image to express his American tragicomedy.” The Chicago Sun-Times’ Hedy Weiss said “it is McPherson’s great and original gift to make his characters and their fates seem almost shamefully comical and absolutely honest at every moment” and The New York Times called the play “one of the funniest plays of the year as well as one of the wisest and most moving.” The Chicago Tribune’s Chris Jones wrote during a later production in 2009, “time has withered neither its power nor its wisdom.”

“I am particularly excited to open Shattered Globe’s 25th anniversary season with Scott McPherson’s play Marvin’s Room, also celebrating its 25th anniversary,” comments Producing Artistic Director Sandy Shinner. “Marvin’s Room’s generous spirit and its reminder of the rewards of caring for others seems like healing balm when the theater community is still reeling from recent profound losses. As the original dramaturg on the play, and a friend of Scott’s, I had always hoped to spend a little more time in his witty, loving world. The cast is incredibly strong with award winning SGT Ensemble members Linda Reiter and Rebecca Jordan playing sisters Bessie and Lee.  As Scott himself said, one of the sisters ‘has trouble showing love and one is an expert at it.’ We are very happy that Deanna Dunagan loves the role of Ruth and has chosen to perform for the first time with SGT,” adds Shinner.

Curtain Times: Thursdays, Fridays and Saturdays at 8 pm; Sundays at 3 pm. Please note: There is an additional matinee on Saturday, November 14 at 3 pm.

Scott McPherson (Playwright) premiered Marvin’s Room at the Goodman Theatre in 1990 and the play went on to productions at Hartford Stage, Playwrights Horizons, the Minetta Lane Theatre in New York City, Washington, D.C.’s Kennedy Center and at large and small theaters around the country. Marvin’s Room received the Drama Desk Award, the Oppenheimer Award, the Obie Award, the Outer Critics Circle Award, the Joseph Jefferson Award and Scott received the 1991 Whiting Writers’ Award. Later, Marvin’s Room was made into a movie starring Meryl Streep, Diane Keaton, Leonardo DiCaprio, Robert De Niro and Hume Cronyn.  Scott’s first full length play, ‘Till the Fat Lady Sings was produced at Lifeline Theater in 1987 and early short play, Scraped, was produced at the Organic.  Also an actor, Scott moved to Chicago in 1981 and performed in three of Dean Corrin’s plays at Victory Gardens:  Butler County, Gentrification (both directed by Sandy Shinner) and Expectations (directed by Dennis Zacek), as well as in The House of Blue Leaves, The Normal Heart and many other productions, commercials and industrial films.  Scott was a graduate of Ohio University, and the university named a new theater space in his honor.  Scott was inducted into the Gay and Lesbian Hall of Fame in 1992 and was celebrated as one of the first openly gay and HIV positive American artists.  His bio there states: “He has spoken eloquently, both in his writing and his interviews, of the personal and familial ravages of chronic illness and the need for loving support and connection with lovers, family and friends.”  Scott and his lover, activist and cartoonist Daniel Sotomayor, both died of complications from AIDS.  Scott was 33 years old when he died November 7, 1992.

Sandy Shinner (Director) joined Shattered Globe Theatre in October 2013 as the theater’s first Producing Artistic Director. She directed Sally Nemeth’s Mill Fire at SGT in 2014. The former Associate Artistic Director of Victory Gardens Theater, she created the nationally known IGNITION! Festival, served as co-director of the Access Project, and accepted the 2001 Regional Theater Tony Award on behalf of VG with former Artistic Director Dennis Zacek and former Managing Director Marcelle McVay. Her other recent directing credits include: the world premiere of Rasheeda Speaking by Joel Drake Johnson (Rivendell Theater Ensemble) and Creditors by August Strindberg (Remy Bumppo Theater Company). She has directed over 80 plays at theaters including Victory Gardens, Remy Bumppo, American Blues, the University of Virginia, Actors Theater of Louisville’s Humana Festival, Steppenwolf’s First Look Repertory of New Work, New York’s 78th Street Theater Lab and the Sacramento Theater Company, among others. Her production of Trying by Joanna McClelland Glass transferred to New York and her direction was nominated for the Joe A. Callaway Award. Shinner received the 2013 Kathryn V. Lamkey Spirit Award from the Equal Employment Opportunity Committee of Actors’ Equity Association for her commitment to diversity and non-traditional casting. She has been recognized as one of “50 Top Players” by Newcity and a “Chicagoan of the Year” by the Chicago Tribune. She is an adjunct professor at DePaul’s Theatre School, an At Large Ambassador for the National New Play Network, and an Artistic Affiliate at American Blues Theater.

Shattered Globe Theatre (Sandy Shinner, Producing Artistic Director; Doug McDade, Managing Director) was born in a storefront space on Halsted Street in 1991. Since then, SGT has produced more than 60 plays, including nine American and world premieres, and garnered an impressive 42 Jeff Awards and 97 Jeff Award nominations, as well as the acclaim of critics and audiences alike. Shattered Globe is an ensemble driven theater whose mission is to create an intimate, visceral theater experience that challenges the perspective of audience and artist alike through passionate storytelling. Shattered Globe is inspired by the diversity of our city and committed to making the theater available to all audiences.   Through initiatives such as the Protégé Program, Shattered Globe creates a space which allows emerging artists to grow and share in the ensemble experience.