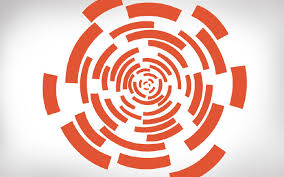 Shattered Globe Theatre is pleased to announce it will conclude its 2016-17 Season with the Chicago premiere of Sarah Ruhl’s FOR PETER PAN ON HER 70th BIRTHDAY, written for her mother Kathleen, a Chicago actress who played Peter Pan onstage as a teenager. Directed by Jessica Thebus, the production will feature Kathleen Ruhl, surrounded by the Shattered Globe Ensemble. FOR PETER PAN ON HER 70th BIRTHDAY will play April 6 – May 20, 2017 at Theater Wit, 1229 W. Belmont Ave. in Chicago.

When do you really become a grown-up?  Is there a moment that defines maturity?  Or will you, like Peter Pan, “never wear a tie”?

In this moving, tender and very personal play from Pulitzer Prize finalist and Tony Award nominee Sarah Ruhl, the longing for the immortality of Neverland confronts the inevitable passage of time. Five siblings – 2 doctors, 3 Republicans and 1 teacher of rhetoric – move from their father’s hospital bed to a Jameson-fueled kitchen table wake, and then head for the “second star to the right and straight on until morning” (J.M. Barrie). In this world of make-believe, now seen through the eyes of these adults, there is still magic and wisdom for the young at heart.

During a recent interview in American Theatre magazine (July/August 2016), Ruhl said “I think that anyone who has lost someone in a family can relate, but I also think that for people who’ve been in theatre, it sort of ends up to be a love note to what it means to work in the theatre.”

“We’re overjoyed Sarah Ruhl has just awarded SGT the rights to her new play,” commented Producing Artistic Director Sandy Shinner. “Under Jessica’s direction, Sarah’s humor and unique spin on the classic tale will touch every audience member’s heart. I’m excited to surprise the audience as the intensity of the first two sections of the play transforms into a world of imagination and metaphor.”

Ruhl’s play premiered this season at Actors Theatre of Louisville’s Humana Festival, and transferred to Berkeley Rep this summer.

Adds Shinner, “The 2016-17 season continues to point SGT in a new direction – one that embraces new work, as well as classic plays from a variety of playwriting voices. All of the plays in this season are deeply personal stories: True West is known as Shepard’s most personal play; Meg Miroshnik wrote The Tall Girls for her grandfather and ‘his mysterious, short-lived career as a basketball coach;’ and Sarah Ruhl wrote For Peter Pan on her 70th birthday as a birthday present for her mother. The deeply personal reasons each writer put pen to paper will create an intimacy and an immediacy in each production.”

Shattered Globe’s full 2016-17 Season will be presented at Shattered Globe’s resident home, Theater Wit, 1229 W. Belmont Ave. in Chicago. SGT’s Season Traveler memberships for the 3-play season are on sale now by calling (773) 770-0333. Tickets for TRUE WEST go on sale Monday, August 1, 2016 at www.shatteredglobe.org, by calling (773) 975-8150 or in person at the Theater Wit Box Office. Discounted group sales for all three productions are currently available at groupsales@shatteredglobe.org or by calling (773) 770-0333.

Sarah Ruhl’s (Playwright) other plays include  The Oldest Boy, In the Next Room, or the vibrator play, The Clean House, Passion Play, Dead Man’s Cell Phone, Melancholy Play; Eurydice; Orlando, Late: a cowboy song, Dear Elizabeth and Stage Kiss. She has been a two-time Pulitzer Prize finalist and a Tony Award nominee. Her plays have been produced on Broadway at the Lyceum by Lincoln Center Theater, off-Broadway at Playwrights’ Horizons, Second Stage, and at Lincoln Center’s Mitzi Newhouse Theater. Her plays have been produced regionally all over the country, often with premieres at Yale Repertory Theater, Berkeley Repertory Theater, the Goodman Theater and the Piven Theatre Workshop in Chicago. Her plays have also been produced internationally and have been translated into over twelve languages. Originally from Chicago, Ms. Ruhl received her M.F.A. from Brown University, where she studied with Paula Vogel. She has received the Susan Smith Blackburn award, the Whiting award, the Lily Award, a PEN award for mid-career playwrights and the MacArthur “genius” award. Her book of essays 100 Essays I Don’t Have Time to Write was published by Faber and Faber last fall and named a Times notable book of the year. She teaches at the Yale School of Drama, and she lives in Brooklyn with her family. www.SarahRuhlplaywright.com

Jessica Thebus (Director) is a theater artist, director, educator, wife, daughter and mother. She holds a PhD in Performance Studies from Northwestern University, and is currently Director of the Northwestern MFA Program in Directing for the Stage. She has directed and adapted plays in Chicago and nationally for twenty years, and has deep associations with many Chicago theaters.  Among these are Steppenwolf Theater Company, where she directed four large spectacle evenings at Millennium Park, the plays Sex With Strangers by Laura Eason, Intimate Apparel by Lynn Nottage, Dead Man’s Cell Phone by Sarah Ruhl, When the Messenger Is Hot by Laura Eason, No Place Like Home devised by the company, Lady Madeline by Mickle Maher, Sonia Flew by Melinda Lopez, and the Youth Theater program (1998-2001). Northlight Theater is also an artistic home for Jessica where she has directed six plays and where she recently adapted and directed Shining Lives: a Musical which received a Joseph Jefferson Award nomination for Best New Work. Jessica has also worked often at the Goodman Theatre (most recently directing Buzzer by Tracey Scott Wilson, and previously both The Clean House and the world premiere of Stage Kiss by Sarah Ruhl), and Lookingglass Theater Company (In The Garden, a Darwinian Love Story by Sarah Gmitter, All Fall Down adapted from Richard Cahan’s book and Our Town by Thornton Wilder). Favorite other projects in Chicago include: Richard III at The Gift Theater, The Turn Of The Screw by Jeffrey Hatcher at Writers Theater, SALAO: The Worst Kind Of Unlucky and The Feast (Jeff Award nomination for Best New Work) at Redmoon Theater, LATE: A Cowboy Song by Sarah Ruhl and Abingdon Square by Maria Irene Fornes at the Piven Theater, as well as the Joseph Jefferson Award-winning plays Pulp by Pat Kane and Winesburg, Ohio adapted by Eric Rosen at About Face Theatre. Favorite projects nationally include: As You Like It at the Oregon Shakespeare Festival, Civil War Christmas by Paula Vogel at The Huntington Theatre, Harriet Jacobs by Lydia Diamond at Kansas City Repertory Theatre, The Oldest Boy by Sarah Ruhl at The Marin Theater Company, as well as the Oregon Shakespeare Festival’s world premiere of Welcome Home, Jenny Sutter by Julie Marie Myatt, which then moved to the Kennedy Center in Washington, D.C.

Shattered Globe Theatre (Sandy Shinner, Producing Artistic Director; Doug McDade, Managing Director) was born in a storefront space on Halsted Street in 1991. Since then, SGT has produced more than 60 plays, including nine American and world premieres, and garnered an impressive 42 Jeff Awards and 102 Jeff Award nominations, as well as the acclaim of critics and audiences alike. Shattered Globe is an ensemble driven theater whose mission is to create an intimate, visceral theater experience that challenges the perspective of audience and artist alike through passionate storytelling. Shattered Globe is inspired by the diversity of our city and committed to making the theater available to all audiences.  Through initiatives such as the Protégé Program, Shattered Globe creates a space which allows emerging artists to grow and share in the ensemble experience.