The second production from the newly created, Second Star Theatre, will be the Tony winning musical, “The 25th Annual Putnam County Spelling Bee.”

The show will be produced at SST’s new home in South Bend, Indiana @the Recital Hall @ Century Center, opening Thursday, October 6th and running till Sunday the 9th. Tickets are $12.00 – $15.00. (ticket link below.)

Winner of the Tony and the Drama Desk Awards for Best Book, The 25th Annual Putnam County Spelling Bee has charmed audiences across the country with its effortless wit and humor. Featuring a fast-paced, wildly funny and touching book by Rachel Sheinkin and a truly fresh and vibrant score by William Finn, this bee is one unforgettable experience. 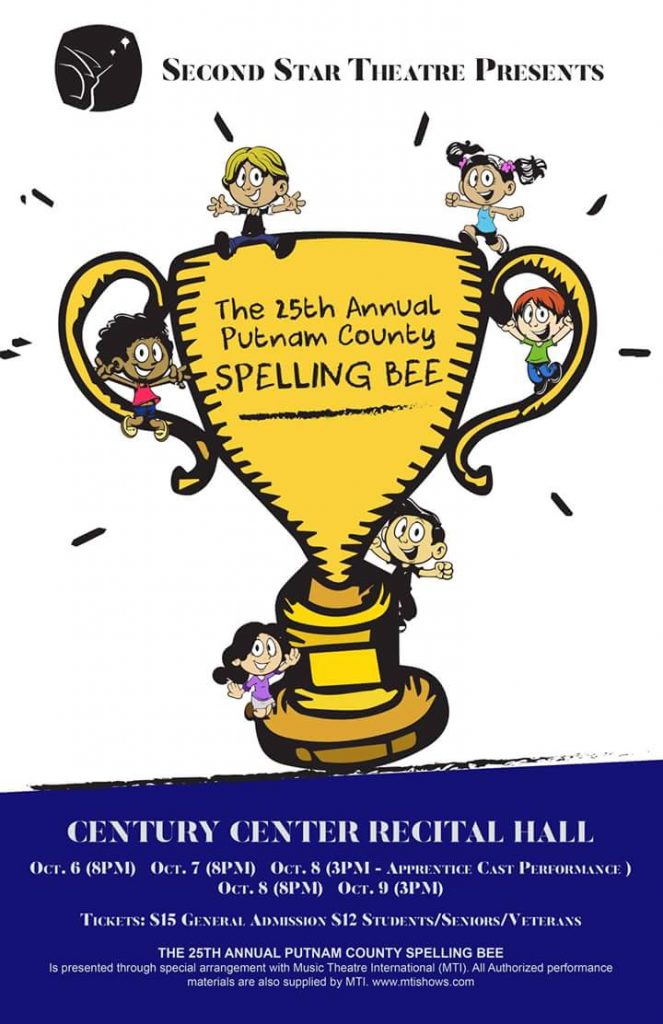 An eclectic group of six mid-pubescent’s vie for the spelling championship of a lifetime. While candidly disclosing hilarious and touching stories from their home lives, the teens spell their way through a series of (potentially made-up) words, hoping never to hear the soul-crushing, pout-inducing, life un-affirming “ding” of the bell that signals a spelling mistake. Six spellers enter; one speller leaves! At least the losers get a juice box.