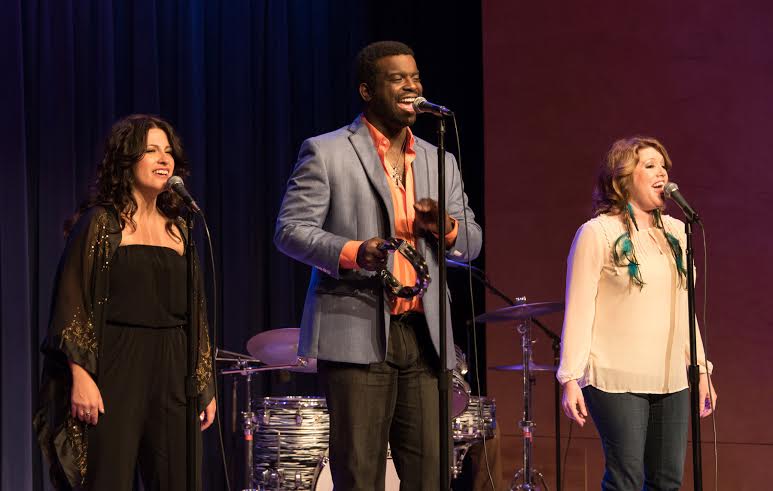 After several sell-out performances, Chicago’s hit concert SAY YOU LOVE ME: Fleetwood Mac Turns 40 is back with old favorites and new songs, playing one night only on Saturday, March 26, 2016 at Davenports Piano Bar and Cabaret, 1383 N. Milwaukee Ave. in Chicago. 2015 marked the 40th anniversary of Fleetwood Mac’s self-titled debut album – and four decades later, there are still many stories to tell and hits to be sung from one of the world’s most prolific bands. Hits from 1975 debut album and other favorites from the Fleetwood Mac songbook all get a cabaret-style makeover by performers Julia Merchant, Dan Riley, Scott Simon, Nick Sula and Melissa Young. The line-up includes Say You Love Me, Rhiannon, Landslide, Second Hand News, You Make Loving Fun, and much more.

Tickets for SAY YOU LOVE ME: Fleetwood Mac Turns 40 ($18, plus two drink minimum) are currently available at davenportspianobar.com or by calling (773) 278-1830.

Julia Merchant is thrilled to return to Say You Love Me: Fleetwood Mac Turns 40. She most recently appeared at the Chopin Theatre in The House Theatre’s production of The Revel. She has also worked with Underscore Theatre, Chicago Shakespeare, Emerald City and Collaboraction. Juliahas worked as a VO for companies such as McDonald’s, Walgreen’s, Sears and Proctor and Gamble. www.juliamerchat.com

Dan Riley is a Chicago-based performer who has worked with numerous groups, most recently Pride Films and Plays, The Inconvenience and the Ravinia Festival. Dan also coaches and accompanies soloists and choirs in many styles of music. He sings with Holy Name Cathedral and the Lakeside Singers, and can soon be seen Sunday mornings singing for Mercy Home for Boys and Girls. He studied at Harold Washington College and Roosevelt University.

Scott Simon is an active performer/educator in the Chicagoland area. He directs and co-directs  percussion ensembles at Prospect High School, Niles West High School and Northern Illinois University and teaches private lessons at these institutions. Scott is also active in Chicago’s storefront theater scene and has been a part of pit orchestras for several companies such as Bailiwick Chicago, Kokandy Productions and Theo Ubique. He is co-director of the Chicago Bulls Stampede Drumline and a member of the electronic rock group Low Swans. www.lowswans.com

Nick Sula is a pianist, composer, arranger and award-winning music director. Theatre credits include Bohemian Theatre Ensemble, Porchlight Music Theatre, Chicago Opera Vanguard and Light Opera Works. He is an active member of the Chicago Cabaret Professionals, performing often with vocalists at cabaret venues such as Davenport’s, Stage 773 and others. Nick performs regularly with entertainer Scott Gryder, and hosts a singers’ open mic at Uptown Underground every Tuesday night. www.nicksula.com

Melissa Young is a cabaret singer, comedian writer and actor. Melissa is most known for her two solo cabaret shows, Lucky Star: A Madonna Celebration and Out and Proud: A Rainbow Celebration. Locally, she has performed at Davenports, The Skokie Theatre, Stage 773, The Park West, Drury Lane Water Tower Place, The Uptown Underground, 3160 and Mary’s Attic to name a few. She has appeared in New York at the famous Don’t Tell Mama, The Duplex and the infamous Stonewall Inn. www.melissayoung.com