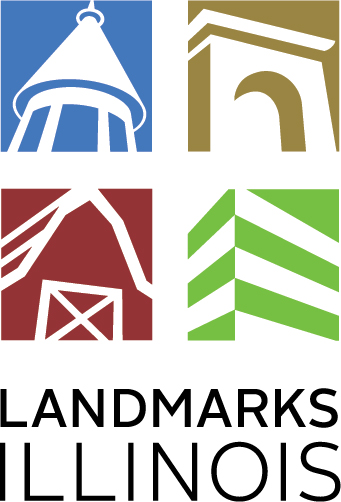 “The three honorees have made extraordinary impacts on the cultivation and sustainability of Chicago’s architectural and historical culture,” said Bonnie McDonald, President and CEO of Landmarks Illinois. “Not only is Tim Samuelson a living encyclopedia of Chicago, but his work allows for audiences to actively engage with history in new ways. Bulley & Andrews, in its fourth generation of building, remains a forerunner of construction innovation and Rocky Wirtz’s work in Chicago continues to steward the preservation of vital landmark buildings.”

Founded in 1891, Bulley & Andrews spans three centuries of building and restoring Chicago’s skyline. One of the Midwest’s most trusted and accomplished construction firms, Bulley & Andrews keeps its ties to tradition while utilizing cutting edge technology to stay at the vanguard of construction innovation. Now planning its 125th anniversary in 2016, this fourth generation, family-owned and operated firm is led by Allan E. Bulley, Jr. With a regional focus and national reach, Bulley & Andrews has restored many of Illinois’ most important historic landmarks including: Robie House, the Richard H. Driehaus Museum, Ragdale, St. Columba, the St. Charles Riverwall, the Monroe Building, and the Chicago Athletic Association. The firm also orchestrated the move of the Harriet Rees House, one of the largest homes ever moved in the nation.

Tim Samuelson, cultural historian for the City of Chicago and the Department of Cultural Aff­airs and Special Events, has been instrumental in celebrating and protecting Chicago’s past. His job is that of a spokesperson, historian and storyteller, a wide-ranging position that requires him to tell the spirit and the history of Chicago through exhibits, public programs, and collaboration with other cultural institutions. Samuelson is highly regarded for his stewardship of the cultural and architectural history of the city at the Commission on Chicago Landmarks and the Chicago Historical Society. In 2004, Cartoonist Chris Ware and Ira Glass of “This American Life” published “Lost Buildings,” a book and DVD based on Samuelson’s life and the preservation of Chicago’s historic buildings.

Rocky Wirtz was named President of Wirtz Corporation and Chairman of the Chicago Blackhawks in October 2007, following his late father, William W. Wirtz. As President of Wirtz Corporation, Wirtz’s role extends to a vast array of businesses, from beverage distribution to financial services, entertainment, insurance and real estate. Wirtz Realty is the oldest business within the Wirtz family of companies, owning and managing properties in the Chicago area for nearly a century, including many of the city’s most renowned buildings such as the historic, Art Deco landmark at 333 N. Michigan Avenue. Wirtz also continues to lead his family’s commitment to numerous civic and charitable organizations including Chicago Blackhawks Charities.

Proceeds from the event will in part benefit Landmarks Illinois’ Preservation Heritage Grant Fund which provides essential financial assistance for the revitalization of historically and architecturally significant properties statewide. This investment, in turn, encourages economic growth, creates jobs, promotes tourism and safeguards a sense of place, identity and quality of life for generations to come.

About Landmarks Illinois
Landmarks Illinois serves as the state’s leading voice for historic preservation by promoting the reuse of buildings as a strategy for economic development and sustaining healthy communities, while expanding the public’s understanding and stewardship of the built environment.  Since its founding in 1971, the 2,500-member statewide organization has saved countless architectural and historic treasures throughout Illinois. For more information, visit www.Landmarks.org.