Ravinia's One Score, One Chicago 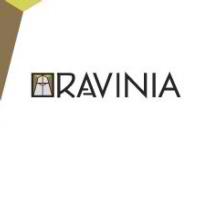 Based on the Chicago Public Library’s One Book, One Chicago, Ravinia’s One Score, One Chicago endeavors to engage the entire community in a single musical masterpiece. This year’s selection is Holst’s The Planets, selected in recognition of the Solar System’s governing role today as in ancient civilizations, such as the Romans, who named the planets after their gods and goddesses. The work will be performed by the Chicago Symphony Orchestra and the women of the Chicago Symphony Chorus at 8 p.m. on Tuesday, July 31, under the baton of John Axelrod, on a program that also includes Gabriela Monteroperforming Grieg’s Piano Concerto and improvisations based on suggestions from the audience. In addition to the permanent screens flanking the pavilion stage, the festival will also install a temporary large screen on the north lawn for this show, which features a film accompaniment to The Planets created by astronomer and visual artist José Francisco Salgado.

Also on July 31, patrons can observe the stars when local astronomers will be on hand with telescopes around the park for a spectacular glimpse of the heavens. This NASA-sponsored program will include telescope observations of the sun prior to the concert and of the moon, Saturn, multi-colored double stars, star clusters, and nebulae at intermission and after the concert—combined with videos, posters, banners and hands-on activities including the sounds of the sun with a radio telescope. In addition a hands-on touch screen table, a model of the planets, and videos of the planets will be accessible in and around the Santa Fe tent without charge to all concertgoers.

Gianandrea Noseda, conductor laureate of the BBC Philharmonic, leads an all-Rachmaninoff evening with the CSO at 8 p.m. on Thursday, Aug. 2, featuring Cardiff “Singer of the World” competition-winner soprano Nicole Cabell and award-winning pianistSean Botkin. This performance marks the mainstage debuts of Noseda and Botkin. Prior to the CSO concert on Aug. 2, Steans singers will appear in a free concert at 5:45 p.m. in Bennett Gordon Hall. Ravinia’s summer music conservatory, the Steans Music Institute, brings together talented young musicians from around the world to make music coached by an internationally renowned faculty.

Popular cabaret singer and songwriter Ann Hampton Callaway and the acclaimed John PizzarelliQuartet jazz ensemble join forces with the CSO conducted by Ted Sperling to pay tribute to master songwriterHarold Arlenin a program titled Over the Rainbow at 5 p.m. on Sunday, Aug. 5. Prior to the concert, from 3 to 4:30 p.m., Ravinia will host a special family space on the north lawn, where families can engage in activities that include music-related crafts, storytelling and an “instrument petting zoo” where kids can experience and play instruments.

On Monday, July 30, pianist Denis Matsuev returns to the festival for an intimate Martin Theatre all-Russian recital featuring Tchaikovsky’s The Seasons; Rachmaninoff’s Etudes Tableaux, Op. 39, Nos. 2, 6, and 9, Prelude in G Minor, Op. 23 No. 5, and Prelude in G-sharp Minor, Op. 32 No. 12; and Stravinsky’s Three movements from Petrushka. Since winning the 11thInternational Tchaikovsky Competition in Moscow, Matsuev has performed in Russia Lincoln Center, Kennedy Center in Washington, D.C., Salle Gaveau and Théâtre de Champs Elysée in Paris, Royal Festival Hall in London, and Suntory Hall in Tokyo. The concert also features a ticket and dining package for a special price of $75.

The Martinez-Urioste-Brey Trio makes itsRavinia Festivaldebut at 8 p.m. on Sunday, Aug. 5, in a concert featuring Beethoven’s Trio in D Major, Op. 70, No. 1 (“The Ghost”); Arensky’s Piano Trio No. 1 in D minor, Op. 32; and Ravel’s Piano Trio in A Minor. The group, which formed just a year ago, comprises three highly skilled chamber musicians who also enjoy thriving careers on the orchestral stage and a commitment to education; Venezuelan pianist Gabriela Martinez, violinist and Ravinia Steans Music Institute alumna Elena Urioste and past cello chair of theNew York PhilharmonicCarter Brey. The concert also features a ticket and dining package for a special price of $75.

Teenage superstar Demi Lovato, known for both her acting roles on the Disney Channel as well as her solo music career and Billboard chart-topping hits including “Give Your Heart a Break” and “Skyscrape,” makes her festival debut at 7 p.m. on Saturday, Aug. 4. Lovato recently hosted the televised Teen Choice Awards and is a celebrity judge on FOX’s The X Factor, which premieres in September.

Timeless rock group Crosby, Stills & Nash returns to the festival following their sold-out 2010 show for a concert at 7:30 p.m. on Friday, Aug. 3. The Grammy Award-winning group of singer/songwriters has worked in a creative partnership for over four decades. All pavilion and lawn tickets for this show are completely sold out.

As part of Ravinia’s ongoing “Guest Chefs” series, the festival welcomes Levy Restaurants ChefThomas Bowmanto run the festival kitchens. Bowman, who added a dash of mad scientist to the kitchen while leading iNG Restaurant, has been dabbling in “pop up” restaurants recently, and he will pop in at Ravinia as guest chef July 31. Bowman opens his new restaurant, Baume & Brix, in Chicago next month.