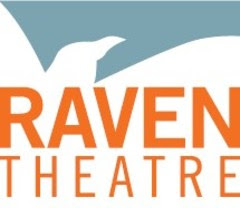 Raven Theatre Company, who has long championed new works through its [Working Title] new play development series of staged readings and its full productions of world premiere plays, will introduce a full weekend of three new play readings this summer. From Friday, July 8 through Sunday, July 10, the company will present a formal reading of a different play each night. The festival will open the evening ofFriday, July 8 with a reading of Girl Found, a psychological mystery by Barbara Lhota, an award-winning playwright and network playwright at Chicago Dramatists. The Saturday evening entry will be Sycamore, a drama of contemporary family life by the Brooklyn, New York based Sarah Sander, that will be fully produced at Raven in March and April 2017 as part of its 2016-17 subscription season. Closing out the weekend will be the political drama Armature by Andrew Kramer, an Indianapolis-based writer who has been a resident playwright with StageLeft’s LeapFest.