Quest Theatre Ensemble announced today that its founding Artistic Director, Andrew Park, has left Chicago and his position as the company’s Artistic Director for Lincoln, Nebraska, where he was named Artistic Director of the Nebraska Repertory Theatre. His new position with the 49-year-old Nebraska company also includes an appointment to the faculty of the Johnny Carson School of Theatre and Film at the University of Lincoln-Nebraska (UNL).Elliott Fredland will assume the position of Interim Artistic Director of the 15-year-old Quest Theatre Ensemble, based in Andersonville. Fredland has been a member of the Quest Board of Directors for most of its existence and has acted in many Chicago-area theatres, including the role of Uncle Sam in both of Quest’s productions of The People’s History of the United States. He is also the General Manager of The Side Project Theatre Company.

Park shared the news of his transition with company members in December and began his new duties in Lincoln on January 2. The Nebraska Repertory Theatre, an Actors Equity Association affiliated company, has been on hiatus since 2014, but is expected to resume production in Fall 2017 in a new collaboration between the company and UNC’s University Theatre. Park will also continue as a member of  Quest Theatre Ensemble’s Board of Directors. 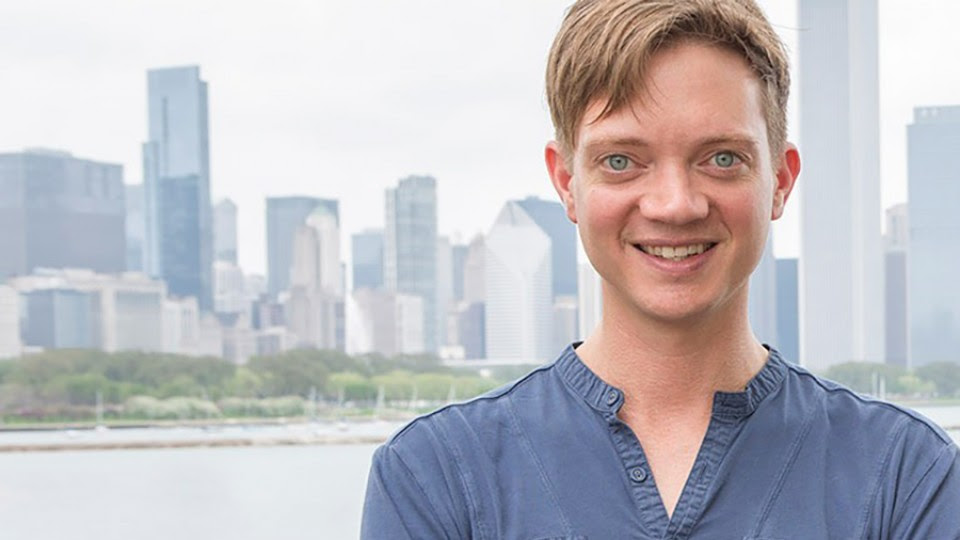 As artistic director of Quest Theatre Ensemble, Park directed most of the company’s productions and conceived and authored many of them, including original revues and pageants such as Evolution/Creation, Drum Circle Pandora and The People’s History of the United States, which was revived by the company last fall. He also directed for Quest productions of book musicals like Into the Woods, Barnum, Little Shop of Horrors and A Christmas Carol: The Musical as well as World Premiere musicals that included Tomato Queen and All the World’s a Stage.
Park was also artistic director of the John G. Shedd Aquarium in Chicago since 2007. At the Shedd, he wrote, directed and produced aquatic shows featuring dolphins, beluga whales, sea lions, penguins and birds of prey. Past shows at the aquarium include “Fantasea,” “A Holiday Fantasea” and “One World.” He also conceived and directed an opening spectacle for the 2005 Lollapalooza Music Festival and was artistic director for the Chicagoland Puppetry Guild’s Puppet Festival and QuesFest, a puppet and drum festival on Chicago’s north side.
Additional directing highlights include Circus Crashers at Actors Gymnasium, Failure: A Love Story at the Illinois Shakespeare Festival, three productions for the Cirque Shanghai, the European tour of Quest’s Blue Nativity and The People’s History of the United States, and Evolution/Creation.
Park has written 10 full-length musicals with his longtime collaborator and friend, composer Scott Lamps. Their newest musicals, A Christmas Wish and Return of Neverland, were nominated for three Jeff Awards in 2014 including best music and lyrics.

Quest’s next production is the Tom Jones and Harvey Schmidt musical The Fantasticks, which as previously announced, will be directed by company member Kent Joseph.

A search for a new artistic director is currently underway.

ABOUT QUEST THEATRE ENSEMBLE
Quest Theatre Ensemble, founded in 2002, is known for its productions of established as well as original plays and musicals – and for its innovative visual design frequently including large-scale puppetry. Past productions have included their annual holiday pageant Blue Nativity, performed in venues around Chicago every year since the company’s founding; Broadway musicals (A Christmas Carol The Musical, Little Shop of Horrors, Into the Woods and Barnum); original pageants (Evolution/Creation, The People’s History of the United States) and original book musicals (Tomato Queen, All the World’s a Stage). The company performs at The Blue Theatre, 1609 W. Gregory (at Ashland) in Chicago’s Andersonville neighborhood and all performances are free, though donations are gratefully accepted.
Quest Theatre Ensemble is dedicated to being the “People’s Theatre of Chicago” by creating productions that Inform, Delight, Inspire and Unite.” Committed to making theatre accessible to everyone, the ensemble chooses stories that have universal appeal, finds innovative ways to engage the community and offers productions free of charge so anyone can participate.
Quest Theatre Ensemble is funded in part by generous grants from the MacArthur Funds for Arts and Culture at the Richard H. Driehaus Foundation, the Gaylord and Dorothy Donnelley Foundation, and The Saints.