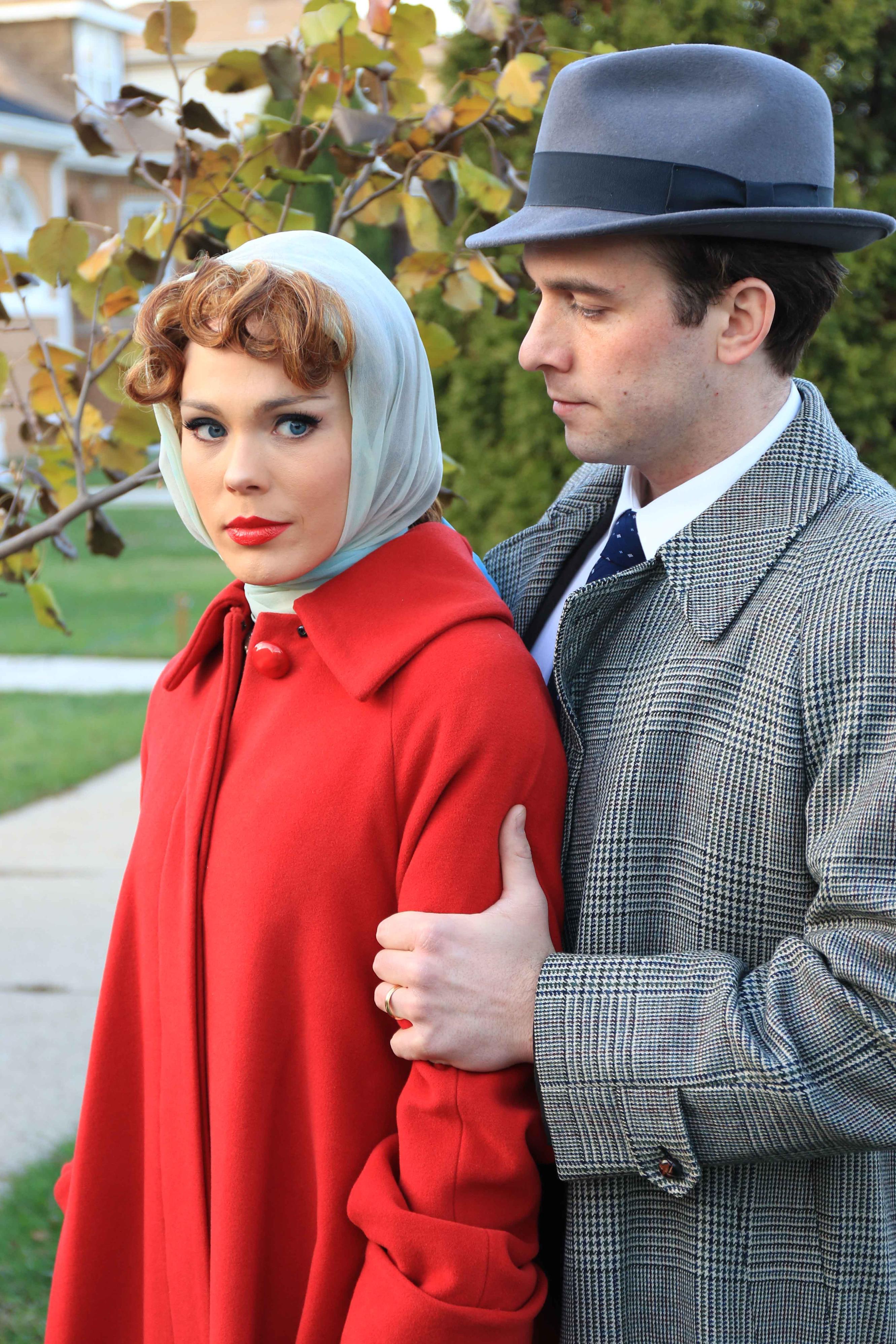 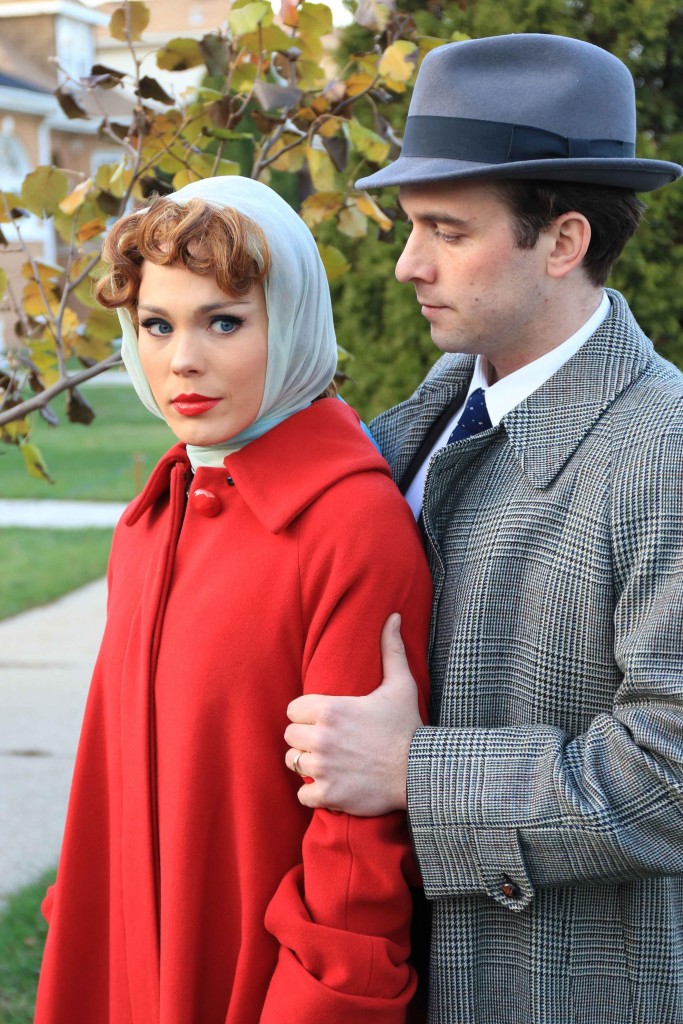 Porchlight Music Theatre and Artistic Director Michael Weber are proud to present the Chicago premiere of Far From Heaven, book by Richard Greenberg, music by Scott Frankel and lyrics by Michael Korie and starring multi-Jeff Award-winner Summer Naomi Smart with Brandon Springman and Evan Tyrone Martin. The production is directed by Porchlight Artistic Associate Rob Lindley, music directed by Chuck Larkin and choreographed by William Carlos Angulo, February 5 – March 13, 2016. Previews are Friday, Feb. 5 at 8 p.m. Saturday, Feb. 6 at 8 p.m., Sunday, Feb. 7 at 2 p.m. and Monday, Feb. 8 at 8 p.m. and opening night is Friday, Feb. 12, 2016 at 7:30 p.m. at Stage 773, 1225 W. Belmont Ave. The regular performance times are Thursdays at 7:30 p.m., Fridays at 8 p.m., Saturdays at 4 p.m. and 8 p.m. and Sundays at 2 p.m., with the exception of no performances February 11 or March 3 and an added performance Thursday, March 3 at 1:30 p.m. Single tickets may be purchased at porchlightmusictheatre.org or 773.327.5252. Groups of ten or more may receive discounts on tickets purchased via Group Theater Tix at 312.423.6612 or grouptheatertix.com.

Set in 1957 suburban Connecticut, Cathy Whitaker (Summer Naomi Smart) seems to be the picture-perfect wife to popular and handsome executive Frank (Brandon Springman) and a doting mother. But boiling beneath the surface, secret longings, forbidden desires and a new friendship with her gardener (Evan Tyrone Martin) cause her world to unravel, with incendiary consequences. Far From Heaven is a powerful story of romance, betrayal and intolerance, as a woman grapples with her identity in a society on the verge of upheaval. Far From Heaven, based on the Focus Features/Vulcan Productions motion picture written and directed by Todd Haynes (Carol and I’m Not There) features a lush score from Tony Award-nominated songwriters Frankel and Korie (Grey Gardens and Finding Neverland) and a book by Tony Award-winner Greenberg (Take Me Out and Three Days of Rain) that is both jazz-inflected and hauntingly lyrical.

“This season Porchlight continues to expand its base as Chicago’s home for intimate, intelligent and thrillingly home-grown music theatre productions,” said Artistic Director Michael Weber. “We are honored to welcome the artistry of Summer Naomi Smart to star in the Chicago premiere of Far From Heaven as “Cathy Whitaker,” the role originally created by Julianne Moore in the award-winning motion picture and by Kelli O’Hara in the recent critically acclaimed Off-Broadway premiere of this musical adaptation.”

Summer Naomi Smart makes her Porchlight Music Theatre debut with this production. She is currently appearing in A Christmas Story at The Paramount Theatre and was last seen at Marriott Theatre in City of Angels where she also appeared in Anything Goes, Cats, Mary Poppins, My One and Only, Legally Blonde, For The Boys, Hero, A Christmas Carol, Seussical and as “Clara” in The Light in the Piazza (Jeff Award: Best Supporting Actress in a Musical). A native of Salt Lake City, Smart made her 2007 Chicago debut as “Nessarose” in the first national sit-down production of Wicked. She then starred as “Miss Charity Hope Valentine” in the cast of Drury Lane’s Sweet Charity (Jeff Award: Best Actress in a Musical).  Other regional credits include “Fiona” in Chicago Shakespeare Theater’s production of Shrek;  “Yum Yum,” Hot Mikado;  “Evelyn Nesbit,” Ragtime; “Jenny Lind,” Barnum; “Belle,” Beauty and the Beast; “Snow White,” Disney Entertainment’s Snow White: An Enchanted Musical; “Brooke,” Noises Off! and “Jenny,” Funny Girl at Robert Redford’s Sundance Theatre. Television credits include “Chicago Fire,” “Chicago PD” and Disney’s Channel “Good Luck Charlie.”

Recently Brandon Springman was seen as “Captain Scott” at Drury Lane Theatre in Peter and the Star Catcher. Other Chicago credits include: Billy Elliot, Singin’ in the Rain, The Sound of Music, Spamalot, Aida, The Little Mermaid, and Seven Brides for Seven Brothers; all at Drury Lane; The Little Mermaid at Chicago Shakespeare Theatre; For the Boys, Pirates of Penzance, and Joseph and the Amazing Technicolor Dreamcoat at Marriott Theatre. Regional credits include: Brigadoon at Sacramento Music Circus. Springman has a BFA from The Chicago College of Performing Arts at Roosevelt University.

Evan Tyrone Martin was last seen in Porchlight Music Theatre’s Side Show as “Jake.” Other roles include “Collins” in Rent at Paramount, “Harpo” in Mercury Theatre’s The Color Purple, “Valentin” in Kiss of the Spider Woman at Boho Theatre where he was Jeff nominated,  and “Flick” in Violet at Bailiwick Chicago for which he was also Jeff nominated. His regional credits include “Leading Player” in Pippin, “Fortinbras” in Hamlet at Arkansas Shakes and “Jim” in Big River at Sondheim Center.Martin is also artistic director of the Heartland Theatre Project and a member of AEA.

Rob Lindley is a Porchlight artistic associate and recently appeared in Northlight’s Funnyman. At Porchlight he has directed How to Succeed in Business Without Really Trying, Lady Day at Emerson’s Bar & Grill and A Wonderful Life and has directed for more than a decade and hosted Porchlight Music Theatre’s annual Chicago Sings concert. He has been seen on stage in Candide at Goodman Theatre; Bach at Liepzig and Oh Coward! at Writers’ Theatre; The Secret Garden, Caroline or Change, The Wild Duck and Carousel at Court Theatre; Urinetown at Mercury Theatre; Wings at Apple Tree Theatre; The Most Happy Fella, starring George Hearn at Ravinia Festival; and Children of Eden, A New Brain, Sweeney Todd and Closer Than Ever all with Porchlight. Lindley was nominated for a Jeff Award for his performance of “Mr. Snow” in Carousel and won the Jeff Award for Best Actor in a Revue for his work in Oh Coward! He performs cabaret often with his vocal trio Foiled Again (After Dark Award winners in 2003) and recorded Foiled Again: Live (available on iTunes and CDbaby.com). Rob is a proud member of Actors’ Equity.

Chuck Larkin was most recently the music director and conductor for Northlight Theatre’s These Shining Lives where he also worked on A Civil War Christmas and At Wit’s End. Larkin served as associate conductor for Jersey Boys from May 2007 to January 2010 (Chicago) and for the National Tour from November 2011 to March 2014. He served as musical director for the 2014 Fall season and the 2010 and 2011 Summer seasons of American Folklore Theatre in Door County, Wisconsin, and toured extensively with Franc D’Ambrosio’s Broadway and cabaret artist Lee Lessack. Other local credits include hundreds of cabaret and club performances and, as a composer and lyricist, Larkin’s credits include Hen Lake and Sophie’s Masterpiece at Lifeline and the award-winning River’s End with playwright/lyricist Cheryl Coons (Marin Theatre Company, O’Neill Conference, NAMT, NYMF and ASCAP Workshop).

William Carlos Angulo was the assistant choreographer for Oklahoma and The Who’s Tommy at Paramount Theatre and Billy Elliot: The Musical at Drury Lane Theatre. His other Chicago area credits include Brigadoon at Goodman Theatre; Oklahoma!, Mary Poppins, 42nd Street and In the Heights at Paramount Theatre; Cats and Mary Poppins at The Marriot Theatre; The Land of Smiles at Chicago Folks Operetta and Beaches, Billy Elliot: The Musical, Sunset Boulevard and Singin’ in the Rain at The Drury Lane Theatre. His New York credits include The Picture of Dorian Gray at Theater for the New City and Angels in America at the Richmond Shepard Theatre. Regionally, he appeared in A Christmas Carol at McCarter Theatre, A Chorus Line at Stages St. Louis; The Music Man at Lyceum Theatre and Cabaret at Finger Lakes Musical Theatre Festival. Angulo has a BFA in musical theater and drama from Indiana University and was a scholarship student at Hubbard Street Dance Center under the direction of Claire Bataille.

Porchlight Music Theatre, now in its 21st season, is nationally recognized for developing innovative new works, reimagining classic productions and showcasing musical theatre’s noted veterans and rising stars. Porchlight elevates the genre in Chicago by providing intimate and powerful theatrical experiences for its growing and diverse audiences. With the vision of Artistic Director Michael Weber, Porchlight builds on its role as Chicago’s only Equity not-for-profit company exclusively specializing in music theatre. Porchlight’s rich history includes the staging of more than 60 productions with 13 Chicago premieres and five world premieres. Through Porchlight’s “Off the Porch” new works program, the musicals of the next generation are developed and given a first audience. The School at Porchlight is Chicago’s new center for music theatre training in the areas of performance, writing and appreciation. The company’s many accolades include 11 Black Theatre Alliance nominations and two awards, as well as a total of 115 Joseph Jefferson Award nominations resulting in 31 Jeff Awards, garnering three consecutive Best Production awards for Sondheim on Sondheim (2015)  Ain’t Misbehavin’ (2014), and A Class Act (2013).

Porchlight Music Theatre and Artistic Director Michael Weber are proud to present the Chicago premiere of Far From Heaven, book by Richard Greenberg, music by Scott Frankel and lyrics by Michael Korie and starring multi-Jeff Award-winner Summer Naomi Smart. The production is directed by Porchlight Artistic Associate Rob Lindley, music directed by Chuck Larkin and choreographed by William Carlos Angulo, February 5 – March 13. Previews are Friday, Feb. 5 at 8 p.m. Saturday, Feb. 6 at 8 p.m., Sunday, Feb. 7 at 2 p.m. and Monday, Feb. 8 at 7:30 p.m. and opening night is on Friday, Feb. 12 at 8 p.m. at Stage 773, 1225 W. Belmont Ave. The regular performance times are Thursdays at 7:30 p.m., Fridays at 8 p.m., Saturdays at 4 p.m. and 8 p.m. and Sundays at 2 p.m., with the exception of no performances February 11 or March 3 and an added performance Thursday, March 3 at 1:30 p.m. Single tickets may be purchased at porchlightmusictheatre.org or 773.327.5252. Groups of ten or more may receive discounts on tickets purchased via Group Theater Tix at 312.423.6612 or grouptheatertix.com.