Windy City LIVE’s Senior Producer, Hank Mendheim discusses the development of the popular morning television show, his on air appearances as pop-culture guru “frankly Hank”, his career in the industry and his commitment to use the forum to highlight the best Chicago has to offer.

Hank Mendheim is not only the Senior Producer on “Windy City LIVE,” he’s also an on-air contributor appearing weekly (or whenever juicy entertainment news breaks) as his alter ego, franklyHANK, which also happens to be the name of his very sassy blog. 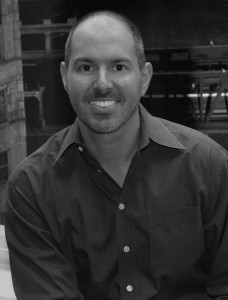 Hank has interviewed or worked with some great names in Hollywood, including Cher (nicest woman on the planet), Paul Newman (those blue eyes bore through you), Justin Timberlake (fellow Southerner), Ellen DeGeneres (fellow New Orleanian and funny lady), Whoopi Goldberg (total sweetheart), Will Ferrell (non stop funny), Martin Sheen (such a wonderful man), Kathleen Turner (loves her iced tea like me), Jon Bon Jovi (no comment), Kirsten Dunst (sweet), Matt Lauer (total pro), Katie Couric (sassy), Al Roker (jokester), Ann Curry (she made me an honorary Curry), Hoda Kotb (my heart), Jane Pauley (a pleasure), and Gayle King (love me some Gayle). Hank is also a member of the Producers Guild of America, a snappy dresser, a Southerner and an all around nice guy. No, really. He is.