Podcast with KIM ZIMMER from SHOWBIZ CHICAGO on Vimeo. 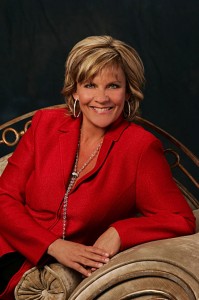 Four Time Emmy Award Actress KIM ZIMMER discusses playing the iconic role of Madame Morrible in the mega-hit musical WICKED, which returns to its home at the Oriental Theatre in Chicago. Kim also talks about what happened to the daytime soap opera, where she was a stable for over 30 years. For more information visit BroadwayInChicago.com

Below is the link to the WICKED photos.

WICKED, with music and lyrics by Stephen Schwartz (Pippin, Godspell, Disney’s Enchanted, Academy Award® winner for Pocahontas and The Prince of Egypt) and book by Winnie Holzman (“My So Called Life,” “Once And Again” and “thirtysomething”), is based on the 1995 best-selling novel by Gregory Maguire. The musical is directed by two-time Tony® Award winner Joe Mantello (Take Me Out, Love! Valour! Compassion!, The Vagina Monologues) and features musical staging by Tony® Award winner Wayne Cilento (Aida, The Who’s Tommy, How To Succeed…). WICKED, the untold story of the witches of Oz, is produced by Marc Platt, Universal Pictures, The Araca Group, Jon B. Platt and David Stone.

Winner of over 50 major awards including the Grammy Award and three Tony Awards, WICKED is the untold story of the witches of Oz. Long before Dorothy drops in, two other girls meet in the land of Oz. One, born with emerald-green skin, is smart, fiery and misunderstood. The other is beautiful, ambitious and very popular. WICKED tells the story of their remarkable odyssey, how these two unlikely friends grow to become the Wicked Witch of the West and Glinda the Good.