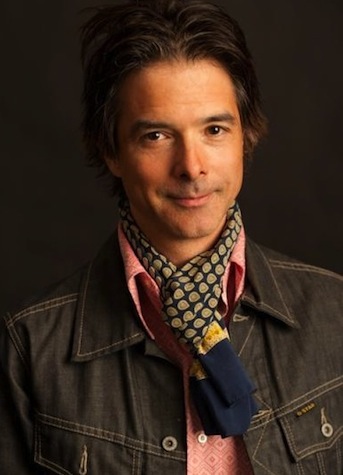 Grammy nominated Singer/Songwriter/Producer Jack Petruzzelli discusses his incredible career in the music industry including his collaborations with Joan Osborn, Rufus Wainwright and his Beatles tribute band The Fab Faux. For more information please visit www.JackPetruzzelli.com or www.TheFabFaux.com The Fab Faux will be performing at The Vic on January 12, 2013. For tickets visit www.TheVic.com
Guitarist/keyboardist/producer Jack Petruzzelli celebrates his first-ever Grammy Award nomination, as he co-produces Joan Osborne’s Blues covers CD ‘Bring it on Home’. The 2012 release has been nominated for BEST BLUES ALBUM, and marks the latest highlight in Petruzzelli’s long collaborative relationship with multi-platinum artist Osborne

JACK PETRUZZELLI is a Brooklyn-based, touring and recording musician blessed with performing with some of the industry’s brightest and most highly respected artists. His knowledge of the guitar and keyboards have been heard around the world alongside musical legends such as Patti Smith and Ian Hunter, as well as contemporary artists such as Rufus Wainwright and Joan Osborne. In the studio, Jack has worked with everyone from platinum-selling artists to unknown underground sensations. Click here to see Jack’s credits.

Switching roles between multi-instrument performer, producer, and even co-writer, Jack has a reputation of approaching every project that he involves himself in with the utmost care and respect, blending into the music.

Currently, Jack is either playing with his band, The Fab Faux (the much lauded Beatles cover band of which he is a founding member), or working and recording in his studio based in the beautiful Pocono mountains in Pennsylvania. Jack spends his free time playing frisbee and drinking tea with his golden retriever, Rosco Bosco.