Podcast with JIM SALTOUROS from SHOWBIZ CHICAGO on Vimeo. 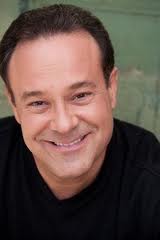 Founder and Co-Artistic Director of Emergent Theatre Company, Jim Saltouros discusses his role as Jim Brennen in Bruce Graham’s Coyote On The Fence, which deals with the relationship formed between two inmates on death row. Jim also discusses his experience being on the national tour of Roundabout’s Twelve Angry Men, with George Wendt and Richard Thomas. For more information visit EmergentTheatre.org

COYOTE ON A FENCE
Written by Bruce Graham
Directed by: Mikey Laird

John Brennan is a middle-aged, educated and serious man. As editor of The Death Row Advocate, John is responsible for writing the obituaries of prisoners that have been executed.
Bobby Reyburn is an illiterate, likeable, funny young man who loves to do impressions.

What could these 2 very different men possibly have in common? Both sit on death row for very different crimes. Brennan for having kicked a drug dealer to death, and Reyburn for having been convicted of a horrific, almost inconceivable crime simply because God told him to.

Thought-provoking and honest, Coyote on a Fence is not afraid to ask difficult questions regarding the death penalty and good vs evil. It provides no easy answers or judgments, choosing instead to leave the viewer to rethink or justify his or her own opinions on both. It is a gripping, in-your-face drama that is sure to stay with one long after they have left the theatre.